One of the biggest fears coming into a finale of any episodic game is that the budget for the last episode might be a bit low, and it’ll be noticeable. That was the case for The Council, King's Quest, and even Life is Strange 1 to a lesser extent. But you don’t have to worry about that with the final episode of Life Is Strange 2 as it features some of the most dynamic action, varying locations, and powerful acting in the series so far.

This is the end of the journey for the brothers who start the game just a moment from the Mexican border they’re been traveling to since the beginning of the game. For players that have grown attached to the brothers through their shared endurance, this is an episode that couldn’t have been more important, or better executed. I won't go into any spoilers here for Episode five, but I might reference earlier episodes. If you’ve been waiting to see the final verdict on the game before purchasing, then consider this game very highly recommended. Episode Five cements Life is Strange 2 as a must-have for fans of narrative-driven games.

So at this point in the story we’ve already seen Daniel start to act with his own agency. At the beginning of the journey, he would do exactly as you asked, but as his powers grew and your relationship changed, you might have noticed he started to act on his own. Well in this final episode he is more or less his own person capable of making his own decisions on matters. While you might call upon his powers to continue on your journey, he’ll be the one that decides how to use them. It’s a powerful dilemma for the players, especially since how he uses his powers will be as a result of what he’s been taught and experienced on the journey, leading straight back to the example you’ve made for him.

Episode Five also uses waiting in some interesting ways, forcing you to stop and take stock of everything you’ve been through not just in the episode but throughout the game. There were one moment towards the end where you have nothing to do but wait for something to happen, and it’s a powerful moment to be left with your own thoughts. Thankfully it doesn’t overuse this as doing it too often would not only dilute the experience but probably have the player reaching for their phone. It's used in perfect balance with just enough to keep the player firmly invested in this downtime. 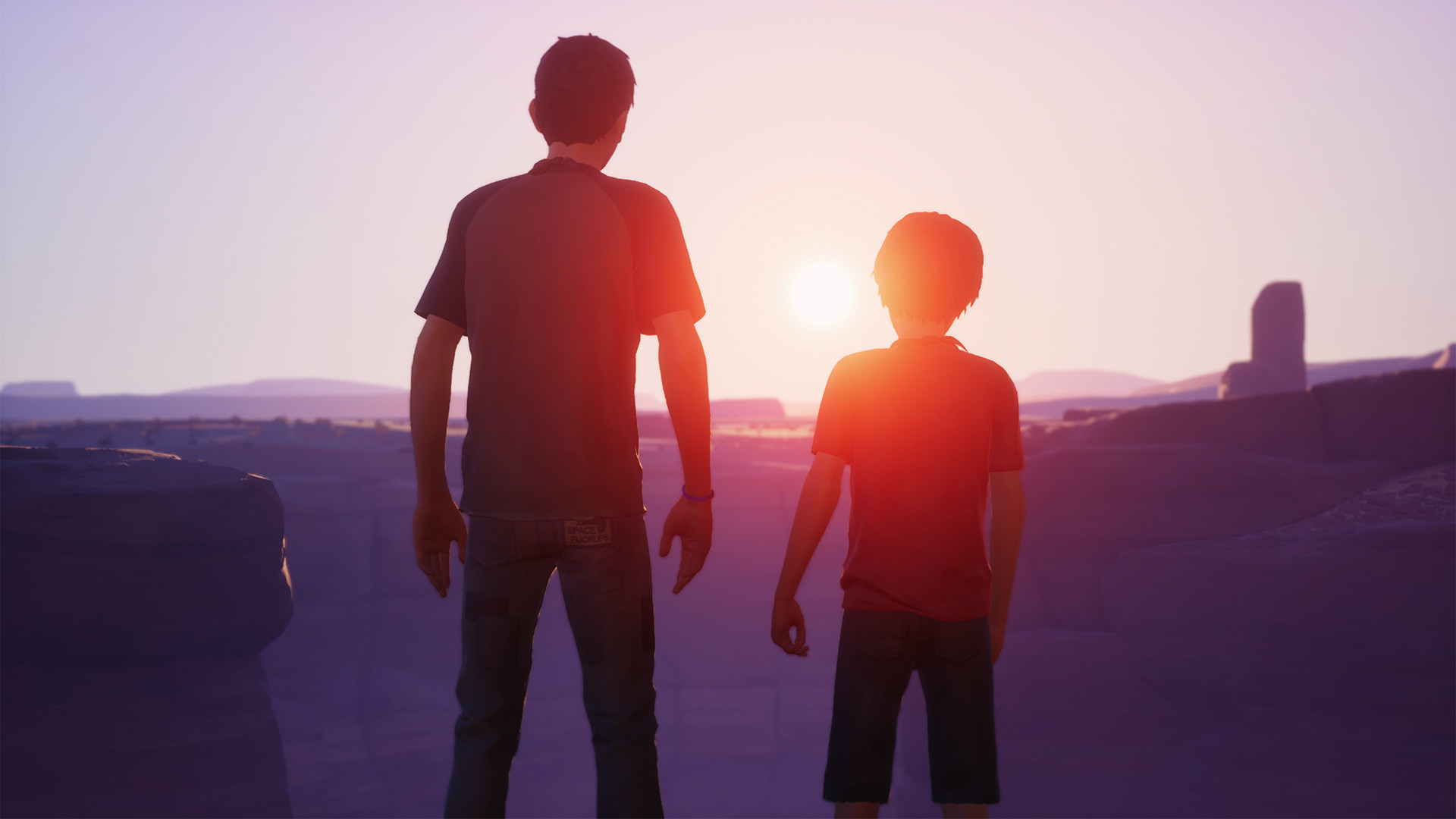 Most importantly, Episode Five is a satisfying ending to the year long series. The game has been a reflection and critique of American culture and politics from the start and it is very fitting for the game to end on 4th of July. The finale cinematic is the perfect send-off for the brothers and brings about proper closure for the player, which is extremely impressive given the multiple endings that may or may not be entirely decided by the player.

There are a few loose ends, though. Not all the characters you’ve met along the way in Life is Strange 2 will make a comeback for the curtain call, and different ones appear in different endings. It’s a shame that you don’t learn the fates of some of the characters you’ve connected with on the journey, but some are hinted at having more to do in the extended Life is Strange universe. Overall though, whatever you see first will probably mean a lot to you if you’ve engaged with the brothers' voyage at all. That being said, I imagine it’ll be hard to find anyone who hasn’t immediately gone to discover all the other possible endings available.

And just to reconfirm, the graphics, animation, and sound design for Life is Strange 2 have only improved as the game went on. Daniel's powers are fully realised and you can see their effect on the world in stunning artistic detail in this episode. On top of that, the overall art design is really celebrated in this episode with plenty of stunning vistas to wander to marvel at, and some huge interesting locations to explore.

Likewise, the voice acting is at its peak in this episode as the actors have grown more familiar with the characters; the final scene is particularly worthy. The two brothers carry the weight of the trauma and experiences they’ve had on their journey, while the characters they’ll meet and say goodbye to this episode all feel real, grounded.

Life is Strange is a series that set an almost impossibly high benchmark for itself, yet keeps meeting the lofty expectations time and time again. The tale of the Diaz brothers will make you laugh and cry if you let it, and it's something every gamer should experience for themselves, without knowing how it will all end.

This final episode of Life is Strange 2 showcases the powerful emotional storytelling that video games can harness. It is a fantastic example of the medium and the perfect end to a series that continues to deliver on its high expectations.