Alright, folks. Let’s get this out of the way. Not everything that was produced by the PlayStation 2 era was a banging success. I know that it may sound hard to believe, but it definitely stays true for a game like Gungrave G.O.R.E. and the game it’ll be inevitably compared to, Devil May Cry 2. Why DMC2 specifically? Because the game can be a bit terrible in some regards, that will become clear over the rest of the review.

But, before we start talking about the negative aspects surrounding Gungrave G.O.R.E., we should discuss the background and its positives. This game is made by Studio Iggymob. You know, the studio that is currently housing the former Ghostwire: Tokyo lead that was pretty wholesome when the game was announced? That one.

Another key person who worked on the game is the Trigun illustrator Yasuhiro Nightow, who wrote the story for this game and did the character designs. The game is set to continue and end the SEED arc that was established in previous games and culminate the story of the main protagonists Grave and Mika.

Don’t worry; you won’t need to play the other games in the series to be familiar with the concepts of Gungrave G.O.R.E., such as the plot. Not only does this game work organically on its own, it also provides you with a dossier in the form of the History section, which provides all the context you need. So, are you ready? Let’s dive into the story first.

As I mentioned before, this game features Grave as he discovers that the SEED survived and is actually spreading more than ever before. He and Mika are dedicated to eradicating it alongside the Raven Clan, who are located back in Scumland, an island in the middle of the South East Asian Ocean.

Grave and his group, “El Arcangel,” raid Scumland’s facilities and even manage to get to Raven Clan’s HQ. However, Grave is… gravely wounded during the attack and is defeated by the four bosses of the Clan, who are basically just mutated and enhanced by the SEED. While Grave and company barely manage to escape, Mika gets shot with a sniper bullet that contains that SEED, now growing inside of her and endangering her life.

From here on, Grave basically has to travel around and destroy the Raven Clan while searching for a cure for Mika’s condition. The trip takes you around the Southeast Asian region as you plow through enemies in Vietnam, Hong Kong, Singapore, and Scumland itself. Each of the locales will have a variety of enemy forces that Grave must plow through to advance through the story.

The story is delivered through cutscenes that show Grave doing awesome stuff. My only problem with the game’s story presentation is that Grave is mostly silent, a guy with someone offscreen constantly talking for him and directing him on where to go. He’s not necessarily mute, as he utters a few words here and there, but it almost feels disconnected.

This is the kind of game in which I’d expect the main character to throw cheesy one-liners and play the story straight whenever stakes are involved. It’s a complaint that I have toward the game since I don’t know much about the franchise other than it exists. The reason why I believe this would be better if the main character talked and responded to the jeers of the enemies is that in this game, things are all about style. At least the voice acting is quite passable, if not cringe-inducing due to some actors having some awful deliveries.

I mentioned before that the game does have a History section that explains things to non-Gungrave fans like me. However, I honestly just felt like I didn’t understand most of it, and I just tuned out after a while since the main focus of the plot is Grave running around and beating down some beefed-up pseudo-mafia bosses.

This is probably the perfect segue to talk about the game’s gameplay and combat which… Well, to be honest, I want to say: Do you like DMC 2? Then it’s Show Time! I make this analogy because this character action game focuses on using guns over everything else. You’re going to shoot enemies down, and you’re going to f*cking love it.

To shoot goons down, you have to press the Right Trigger while you move your character with the left stick and use the right stick to move the camera and aim. As you shoot enemies and obstacles, you build up BEATS, which is your combo system. The game's main objective is to course through the hallway-like stages and gun down everything you see while keeping the BEATS counter as high as possible and raking up as many ART points as possible.

At the end of each stage, you’ll get a ranking depending on how well you do in the stage. The game initially tricks you into thinking that you have to play the game slowly. In reality, you basically have to mow down enemies while walking forward and hoping that they die before they overwhelm you with the numbers game.

Shooting is the most effective way of doing everything in this game. While the game gives you some melee options, most of the time they will be used to reflect projectiles like rockets or to break enemy shields. The majority of the time, you’ll basically be shooting down mobs and killing everything you can see.

As you shoot things down, you gain access to Demolition Skills which can act as screen nukes that can kill a bunch of enemies and increase your ART score. It’s a great way to reduce the enemy numbers while also giving you a portion of your health back. Keep in mind, though, that this kind of move also sacrifices enemies that you could be using to increase your BEATS.

So, if the objective is to mow down the enemies, how do you keep yourself alive? Well, you have a shield that regenerates during the downtimes, so you can depend on that if you can clear the room off enemies quickly enough. If you need a quick replenishment because of the overwhelming odds, you can perform Execution moves on weakened enemies to replenish your shield quicker.

More often than not, I treat weakened enemies as if they were shield packs of sorts, leaving them to be dizzy for a while as I take down enemies and then perform an execution move on them as soon as my shield is dangerously low. Since there’s no other way to restore your health or shields, you have to make do with whatever you have.

This leads me to the subject of the game’s difficulty. Make no mistake, Gungrave G.O.R.E. can be quite difficult. It’s easy to get swarmed by enemy forces, and they have weapons like incendiary grenades, rocket launchers, riot shields, sledgehammers, and chainsaws, while you’re just a dude with a large coffin and two guns.

While you can upgrade your stats and get new Demolition Skills, these upgrades become almost essential later in the game as the enemy forces do not hesitate to shred your health away with their own firepower. Sometimes, I feel like the difficulty becomes a little bit more arbitrary, almost as if I was locked off from playing the game because I didn’t upgrade my stuff.

On some occasions, I did know that the game was throwing bullshit at me, like in the Train section of the game in which you’re expected to kill hordes of enemies while avoiding signposts, AND you also are under a pseudo time limit in the form of running into a train compartment before the train enters a tunnel.

A lot of the time, you could hear me going: “Come on!” while I almost put my controller down and called it a day, especially because Grave is the only protagonist I know that suffers knockback in a game where every other character doesn’t even have hitstun from normal shots. Oh, he can get stunned when blown by a shotgun, but Grave will not be able to do the same to enemies until he either uses an upgraded version of his standard coffin combo or using a charged shot that can get lost due to said hitstun.

Still, I can’t deny that the game is fun in short bursts. Gungrave G.O.R.E. may have a lot of aspects that make it feel dated for a 2022 release. But damn it, it’s hard to put the game down even when I am so frustrated with it. It’s like when you go and say, “Bingo!” once you find the perfect strategy that works.

I meant it when I said that Gungrave G.O.R.E. feels like Devil May Cry 2. It’s frustrating; the way you combo things is braindead (it may look cool, but realistically, you’re basically mashing RT until everything is dead). The game is not necessarily fun and needlessly difficult. But I guess those are the reasons why I can’t put it down and why the game is becoming a bit of a guilty pleasure of mine next to Sonic 06 and Dead Rising 3.

The game is the perfect manifestation of the things that worked (and didn’t work) with the PlayStation 2 era of games. If you don’t mind its archaic and antiquated aspects, I feel you’ll enjoy your time with Gungrave G.O.R.E. The story will definitely be a turnoff if you’re not familiar with it, even with the History section.

But hey, anyone who appreciates a video game that tries can look past these flaws and have a good time. The game at least gives me a good 144 FPS at max settings on my rig, and it doesn’t look like it’s a very demanding title regarding specs. The music is cool and varied, and the production values can be pretty good sometimes (namely during cutscenes).

This feels like a decent end to a saga. But honestly, it can be a mediocre experience for people looking for a character action game with more substance. Still, you can give it a shot, especially if you have Game Pass. 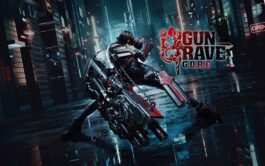 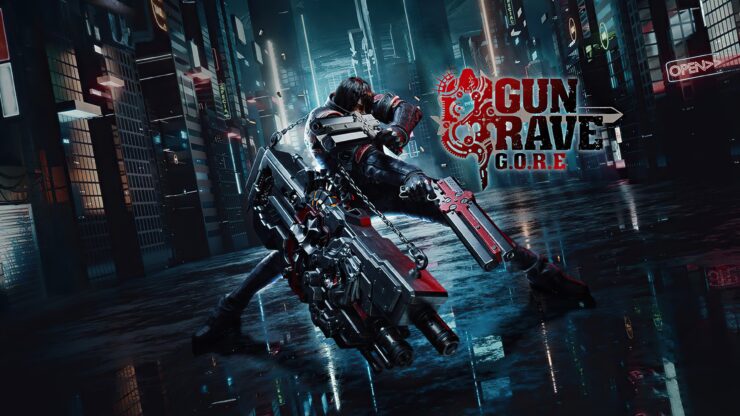 While the game can be fun at points, its archaic and dated design choices can make for an overall frustrating experience. Its combat doesn't require much thought, and the game can be "difficult" for the wrong reasons. Still, it's high points are still noteworthy highlights for the overall experience, and when everything works properly, you do feel as badass as the main character is supposed to be.

Gungrave G.O.R.E. will be Available on Xbox Game Pass in November

Gungrave G.O.R.E. Could Be Heading to Game Pass on Day One