Madrid, the capital of the Iberian peninsula. It starts off as a small village, a fresh sapling that could expand into an Europe spanning empire through the hard work of its people. The income brought in by the trade links heading south into Africa and north through France, into Great Britain, Germany, Italy and beyond. It could also stagnate, under siege from all sides by local city lords and larger empires. You are the leader of this, or one of many other villages in Europe and the Middle East. The only thing to decide is whether you thrive, or fall.

Coming into this, it's very easy to see that it was developed by Gaming Minds. Following the same trend as their previous three titles: Rise of Venice, Port Royale 3 and Patrician IV, Grand Ages: Medieval revolves around your relationship with your competition, the diplomacy that comes with these relations and primarily the trading that can be done within your territory and with others.

Trading has always been a key aspect in any strategy game, increasing your money to fund wars and development, increasing relationships with other cities or nations and simply allowing your nation as a whole access to special materials. Here in Grand Ages all of this is equally true, but trade also acts as the only way to increase development of cities through the limitations on resources and how cities can access them.

As can be expected, the land you settle will always determine what is available. If the terrain nearby is suitable, your city can have a vineyard. Do the mountains contain coal? You can mine it and that coal can then be used with iron ore, either mined alongside the coal or traded in, to make tools used in the building of the roads and buildings that will be essential to the growth of your burgeoning empire. In all, there are twenty resources in total, ten of them available directly from the land whereas the other ten have to be developed from working with the base resources, either found in that city or traded in, and developed from there on.

Of course, if the land around a settlement holds everything you need, surely then a city can be self sufficient? Sadly, this isn't the case as each settlement can have a maximum of five industries and as it grows, as more workers pile in from the surrounding area and the village develops into a city, more resources are required. The five industries will grow in turn and keep up with demand, producing an excess that can be traded out, but the only way to keep a city happy and prosperous is to meet all of the demands through trade.

It's fortunate, then, that the trading system is easy to manage and very functional. Personally, I found it much easier to have a cohort of traders for each territory, generally having one trader with a maximum of six carts per two settlements. Creating a trading route and setting it to automatic, just ensuring that each city is visited but the trading routes are alternated and the traders don't group together at the same time and setting two of them to focus solely on production needs over the populations wants.

However, this almost nearsighted focus on the economy and trade elements of Grand Ages: Medieval has left the rest feeling quite anemic. The aforementioned diplomacy is basic at best, offering the usual peace treaties, alliances and trade pacts. You can trade for resources, settlements and military units. It's all functional but basic, with possibly the most annoying aspect being that the relationships between nations are on a linear step-by-step basis. There's no way to move from being allies to being at war, you have to first cancel your alliance, then cancel your peace agreement, then cancel your trade agreement and eventually, because a break is forced upon you after two or three diplomatic moves, you can declare war.

The military aspects fare a little better, though only slightly. There's a decent selection of troop variety to recruit from, though a number of based on the region your settlement is based in, which means expansion is essential to encounter and use the majority of troops available. Variety is just about all combat really has to offer, much like the diplomacy it's also bare bones. There is no close control of tactics in the vein of Total War; even smaller indie titles, like the recently reviewed Hegemony, have a basic, yet still more detailed combat system.

It all leads to the disappointing feeling that the combat and diplomacy were there to meet a simple criteria. Gaming Minds were making their next game about trading, set in a different historical setting in a new location and to tick a few boxes military and diplomacy were added, but no real detail or care was put into either.

What makes it all so disappointing is that Grand Ages: Medieval has so much potential. The bones are strong, the skin is just sadly spread much too thin and needs to be expanded upon. This makes it all the more surprising that Gaming Minds, along with the publisher Kalypso, have moved to creating a PS4 version. It's rare to find such a game on consoles. PC's have seen a huge amount, a decent number of them better than Grand Ages, but this will stand alone in the console market and will be well worth looking at for a PS4 owner looking for a more contemplative experience. 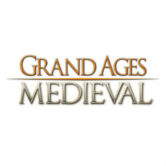 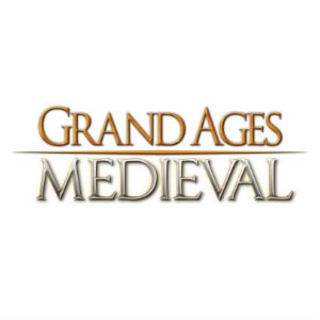 Grand Ages: Medieval is both deep and shallow at the same time, offering a detailed and interesting city development and trading system but letting itself down with shallow diplomacy and military options. A game where everything has been done before and, for the most part, better, it's a good time passer on the PC though something quite fresh and unique for the PS4.