Hegemony III: Clash Of The Ancients

Indie gaming is a strange scene at times, it can be exciting but also predictable. When an indie developer finds a secure niche for itself, they will fight rabidly by releasing a new game every so often. The horror genre has been occupied by Frictional and Scott Cawthon, the latter releasing a new Five Night's game roughly every twenty minutes (ok, not that often). Here in Grand Strategy land, I would argue that Longbow reigns supreme with Hegemony. Sadly, its reign is starting to look a little dull.

This is the third Hegemony game by Longbow Games and the key issue is that, besides the maps, a little streamlining and the graphics, there is very little that can be used to tell them apart. I won't deny that I am a fan of the series and the studio, I originally bought Hegemony: Phillip of Macedon from the studio itself back in 2011 and have found myself playing, and enjoying, both Hegemony Gold, which is the expanded version of the original, and Hegemony Rome: The Rise of Caesar after that.

Hegemony as a series is a curious mix of real time and grand strategy, giving you control over everything from your units, diplomacy, finances, cities, industry and even detailed choices such as how to set up your supply routes. This has always been done in a simple but very effective manner, which allows for tactical planning and strategic thinking and lets you plan in the long term, creating economical and military powerhouses out of different cities.

As much as there is a lot of variety and choice on offer, with so much to take control of, nothing ever becomes too overwhelming. As it stands there are two campaigns, one set in a localized region around Rome and the other across the whole of mainland Italy, both offering a place for you to build, expand and conquer.

The first of the two campaigns could be described as a tutorial of sorts, though in reality the objectives on offer are identical to that of the larger campaign. You start by gaining control over nearby cities that are of the same race as you have selected, move onto controlling all of the territory that belongs to other factions and it expands from there. It all moves quite fluidly and anything you don't know how to do is found at the push of a button.

This initial streamlined approach is almost immediately lost by having very generic objectives after that. A nearby faction will ask you to pillage a few farms of their enemies. Maybe the other faction will ask you to defeat five units of another. At one time I had two identical sets of quests, one set where the Lucani asked me to defeat five units of the Kroton faction, the other where the Kroton faction asked me to pillage five farms of the Lucani. It's quite slipshod considering the previous games all seemed to offer logical progression, or at least they never had duplicating objectives running concurrently.

Not only that, even having completed a number of the objectives and having received the rewards, they would all stay on my screen until I personally cancelled it. Small niggling bugs like this are abound and while they can be irritating, are not game breaking. What could be game breaking for some, however, is the game's tendency to use in excess of 2.5GB of RAM which throws the minimum requirements right out of the door. In addition, there's the game's insistence of crashing whenever I had the utter gall to expect it to open multiple menus at once.

Bugs aside, I have spent seventeen hours across two separate campaigns in Hegemony III. The first campaign was lost as a result of a save-breaking bug that has since been fixed, and my current campaign is expanding from the south of Italy as the Rhegion faction. It's incredibly satisfying to see your slow expansion as your faction's color spreads across the larger map, slowly but surely, made all the more challenging by a brilliant AI that will happily counter your moves and exploit any visible weaknesses.

It's this ability to zoom out to see everything on a grand scale, to then zoom in to the city level and see your unit of hoplites march towards your next objective. Positioning your units into formation, slingers in the rear, winning a battle to then move right on to siege and capture an enemy city. The joy of seeing a hard fought battle won by superior tactics, flanking enemies while you have a smaller force hold them at a bridge.

The Feeling of Control

The feeling of total control is only enhanced when you take into account that in Hegemony III all of your cities are to be managed, the buildings selected and built. The two resources that are gathered, Wood and Gold, are found in Mines or Lumber Camps outside of the cities and are buildings that need to be upgraded and manned as their own entities. The final resource, Manpower, is used to create your armies and generated automatically.

To add to this, everything has to be specifically linked via user-created supply lines that cost money to maintain, as roads would, and the longer they are the more of a supply is lost along the way. This encourages a interlinked network of smaller supply lines that are all interlinked in what is nothing short of an impressive network. How this works is only made more impressive when you look at how a protracted military campaign has to work, with supplies making their way from your homeland all the way to the frontline which, if thin at parts, can be cut by enemy units.

Honestly, what disappoints me the most is that Clash of the Ancients is a brilliant strategy game. It has everything a veteran of the genre could want, from the small but essential choices in city development, choice in skill developments through unit experience and faction points, tactical control over territory and even a tactical, albeit more basic than other established games, battle system. It's a great game for newcomers to jump in and learn, though the help options could be a little more accessible and visual, rather than basic text.

Longbow have touted this as having a host of new features but only three of them feel like true additions that have a notable benefit. Faction skills, trading and the ability to colonise captured cities. The improvement that would have made this truly fresh is the dynamic campaign, sadly this is the same dynamic campaign offering duplicate objectives.

In all, Hegemony III is certainly worth playing. It really is. Polish is required, lots of it, but there are few other places to go for both a tactical and strategic game that takes place over such a massive scale and gives you so much to do. 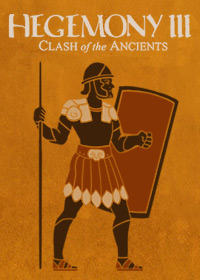 Hegemony III is a game that will most certainly be worth buying. At this moment in time it still is, provided you can put up with the bugs that appear here and there, and the chance of a crash every now and then. Only the owners of the previous two would find it hard to justify paying full price, as little has changed to make this justification for the time being. Once fixed, the dynamic campaign will be what makes it worthwhile. For newcomers to the series, it's worth the plunge. 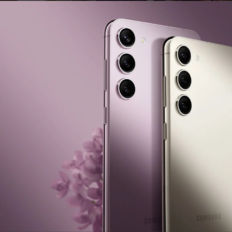 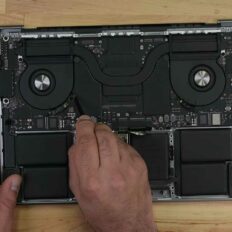 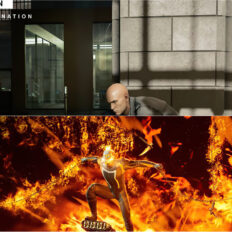