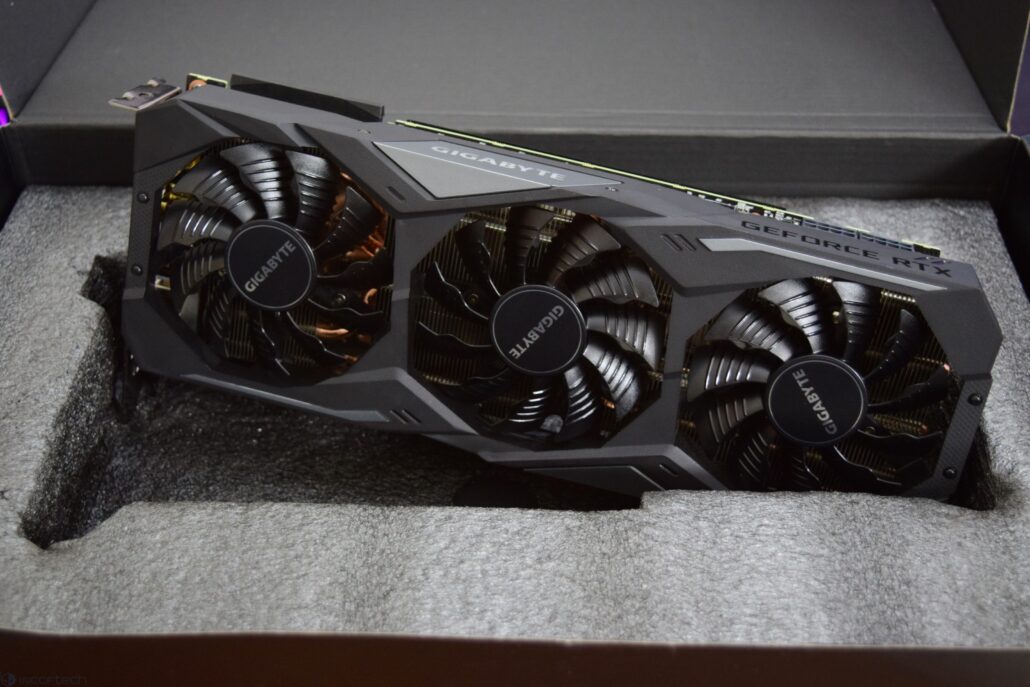 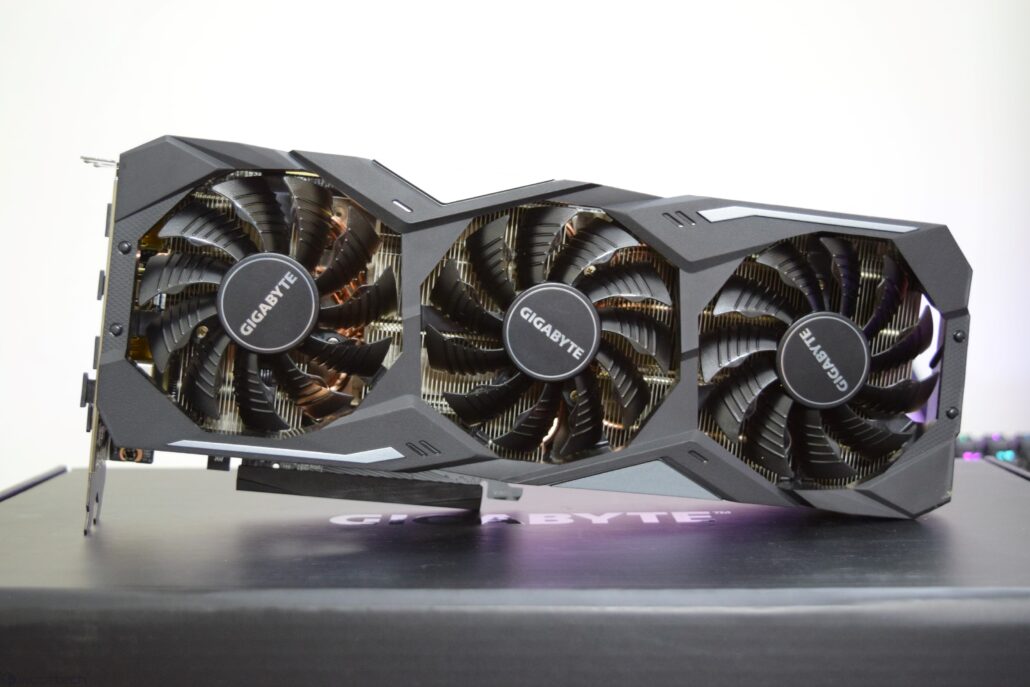 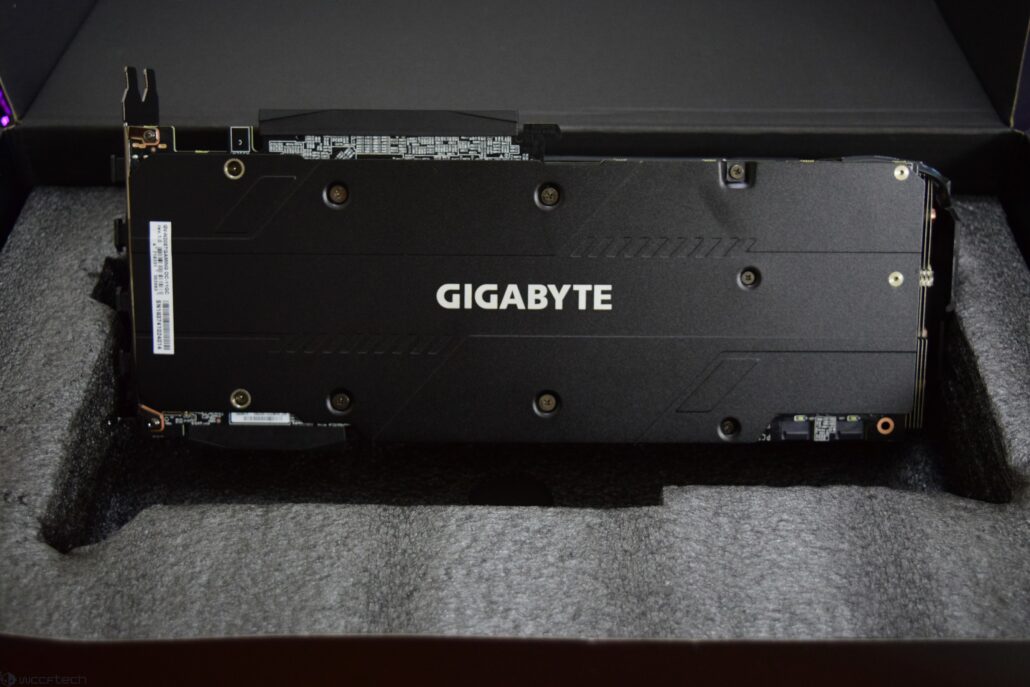 In terms of design, we are looking at an updated version of the Windforce 3X series heatsink which is now in its seventh variation. The first Windforce graphics card shipped back in the Fermi, NVIDIA GeForce 400 series era so this cooler has seen some massive changes over the years. The one on the GeForce RTX 2080 Ti Gaming OC and WindForce OC is the most refined version of the heatsink ever produced. 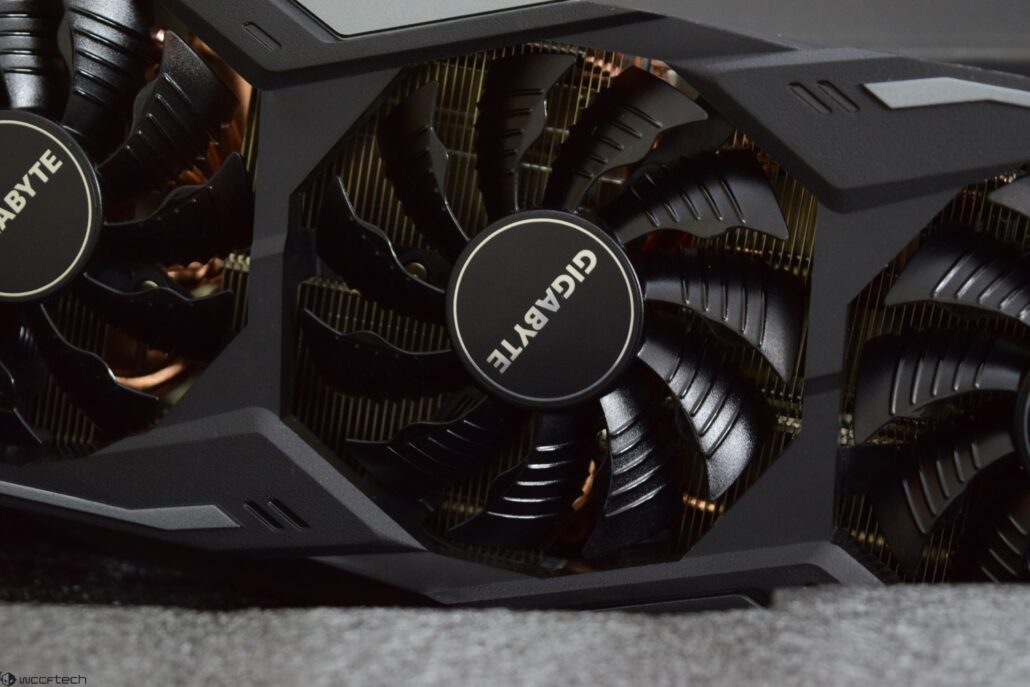 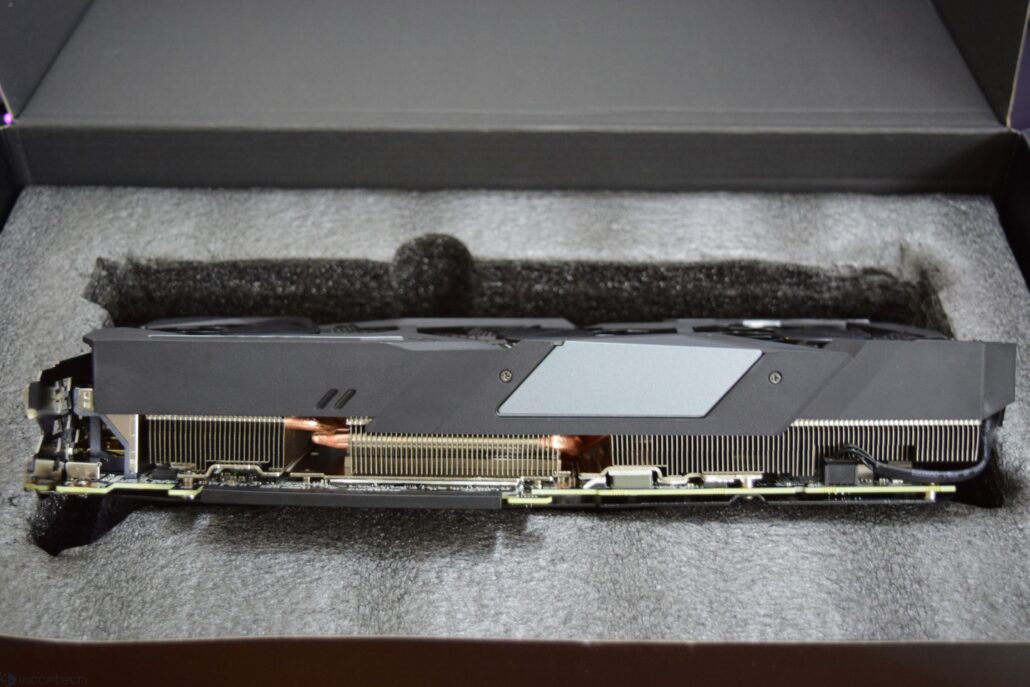 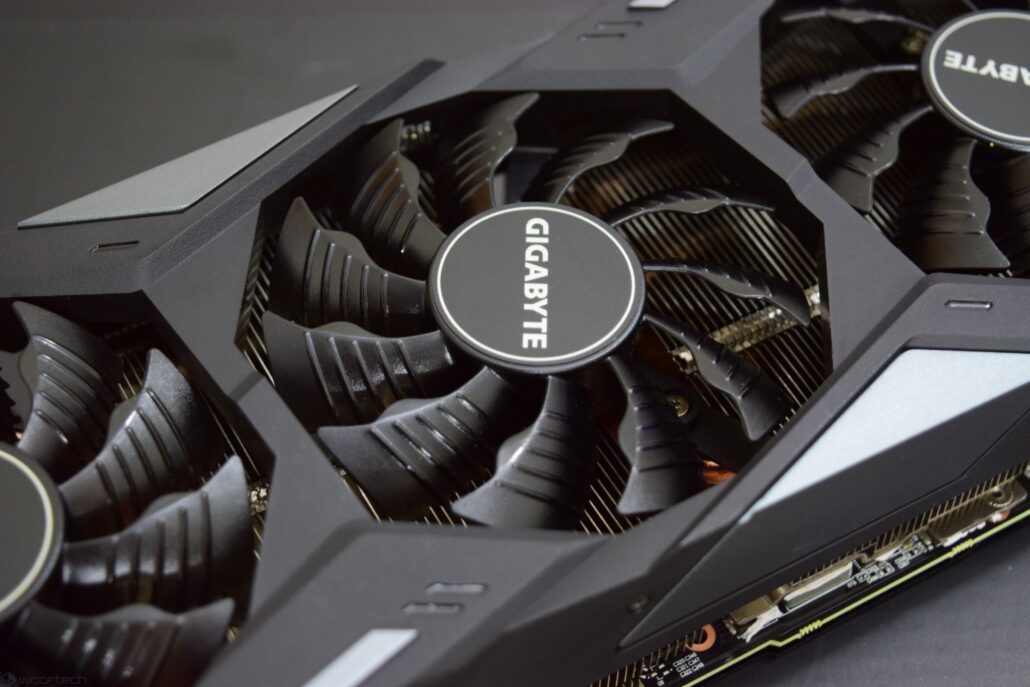 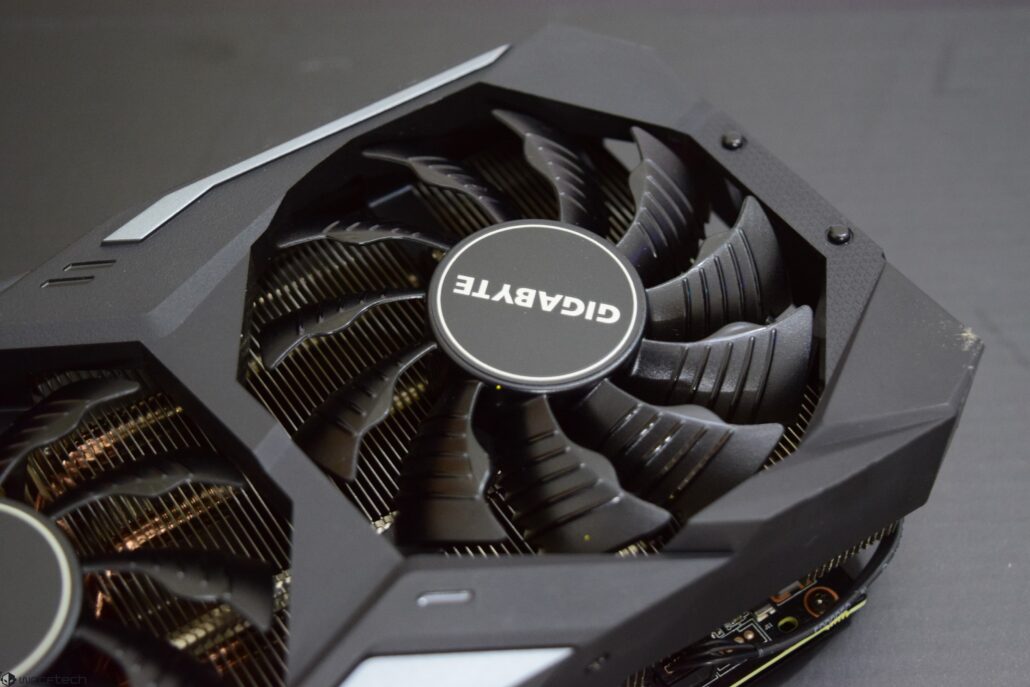 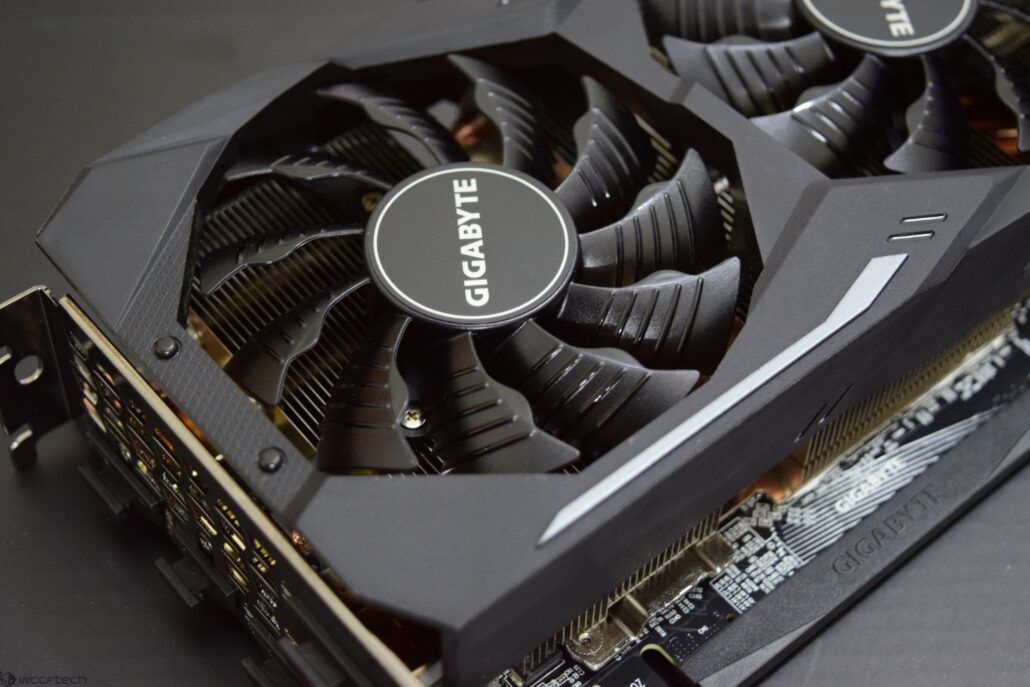 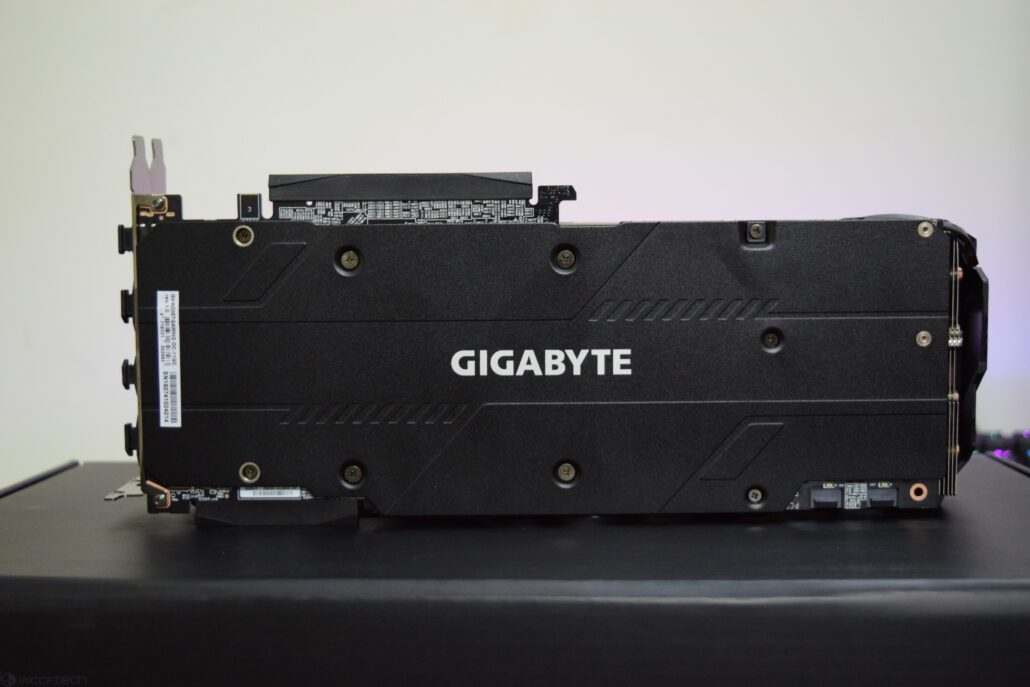 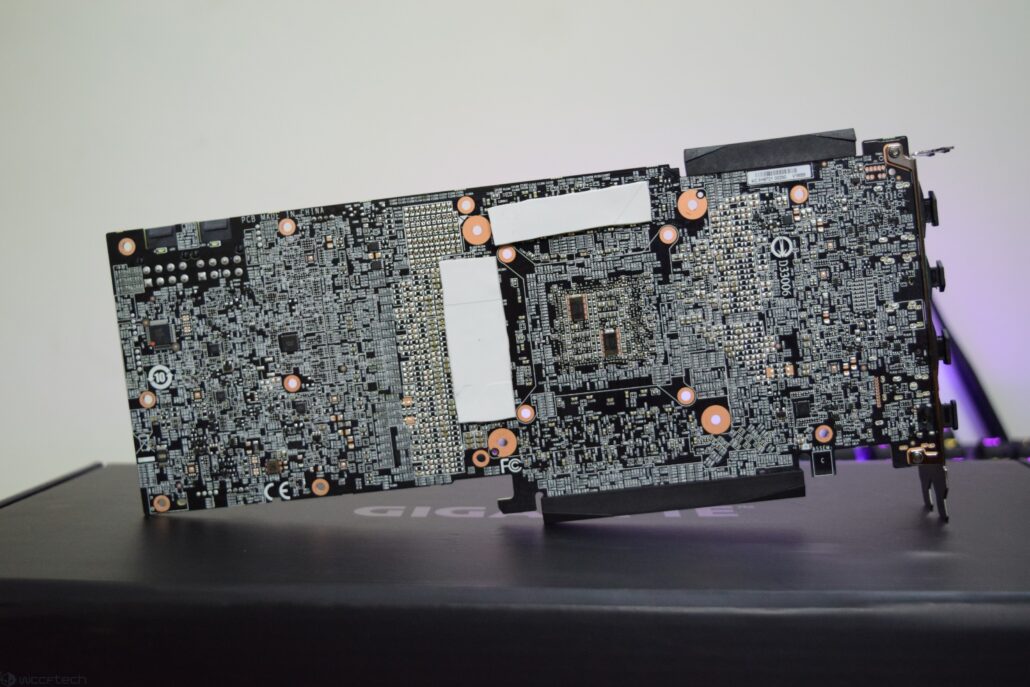 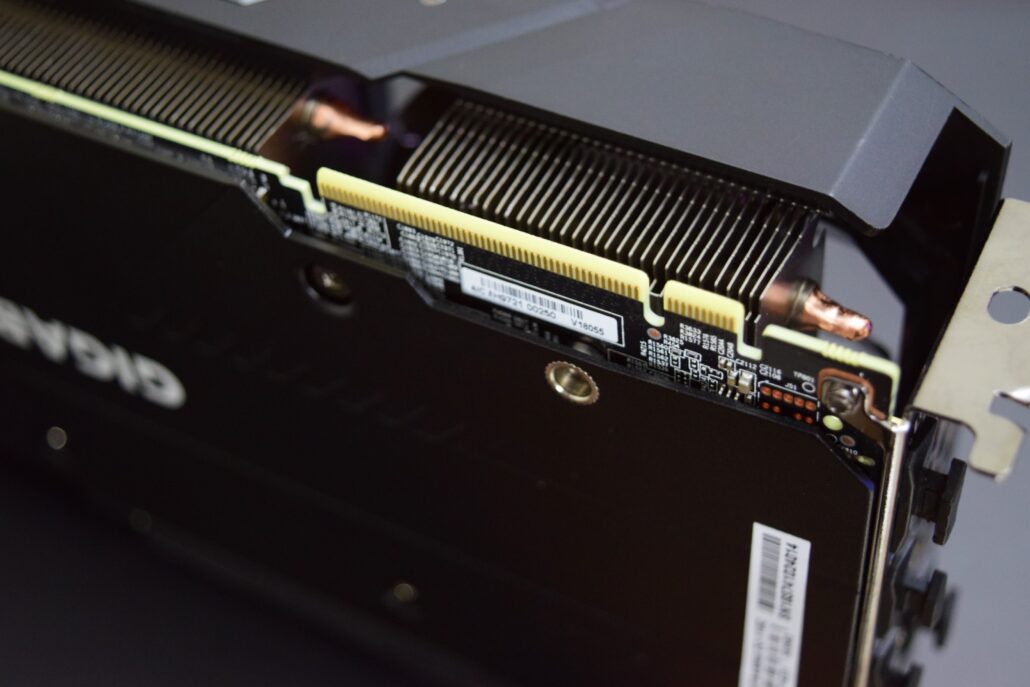 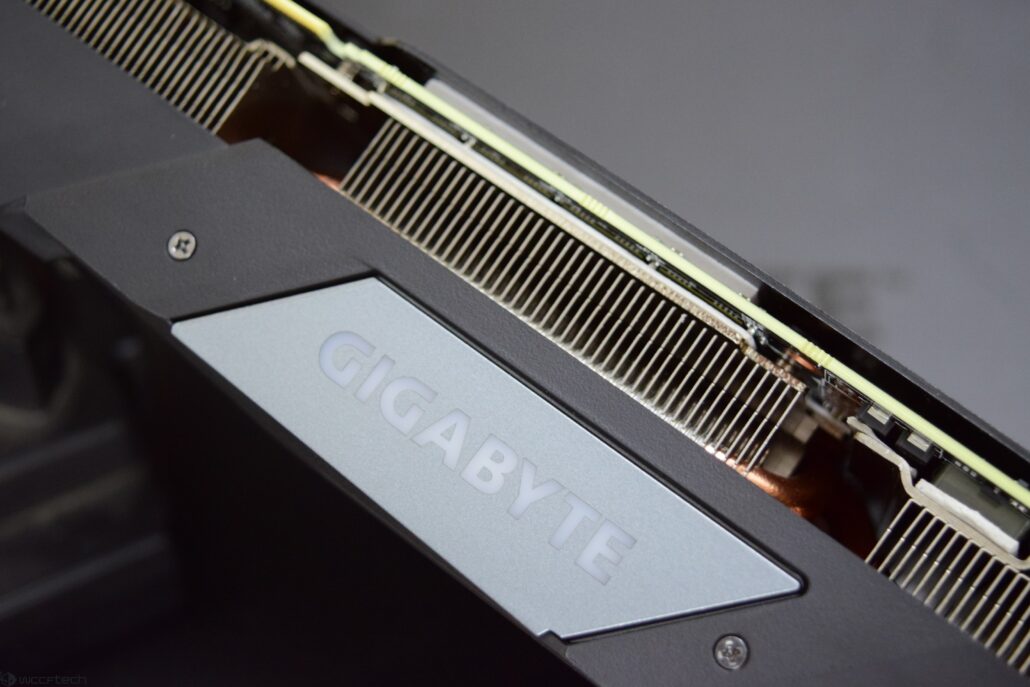 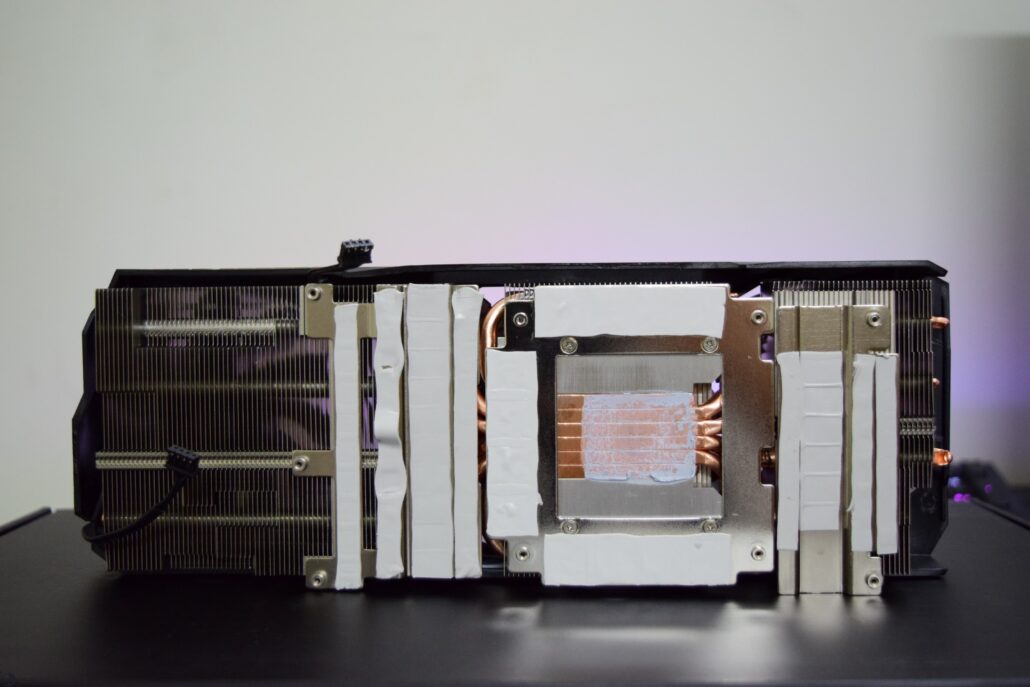 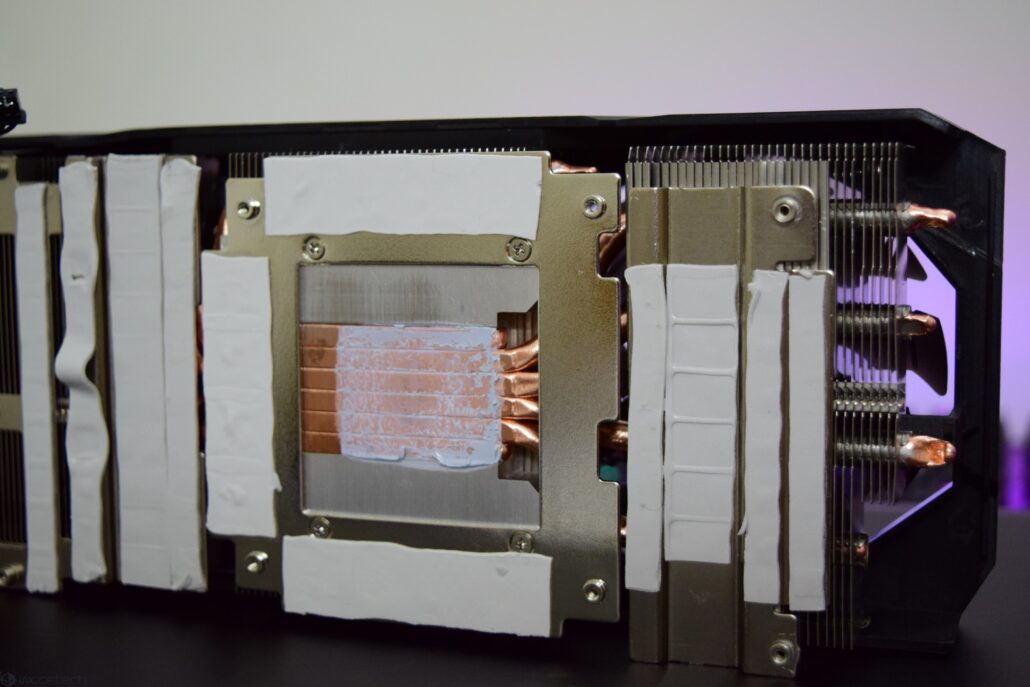 The Gigabyte GeForce RTX 2080 TI Gaming OC comes with a factory overclock out of the box. Being so, it uses a dual 8 Pin connector configuration. The card is rated at a TDP of 300W officially by the manufacturer. 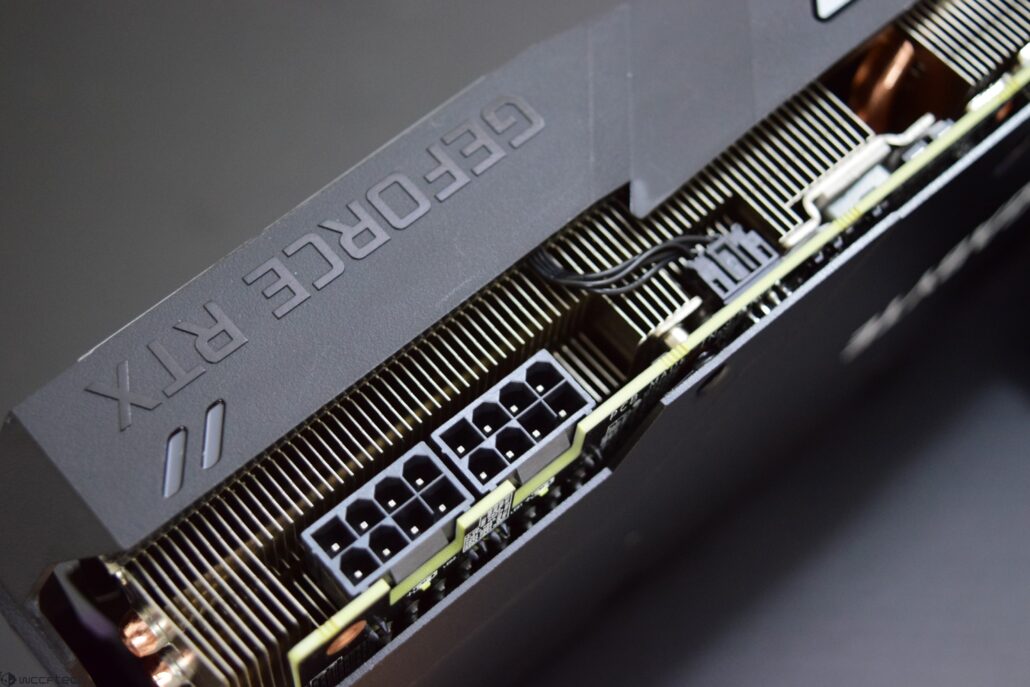 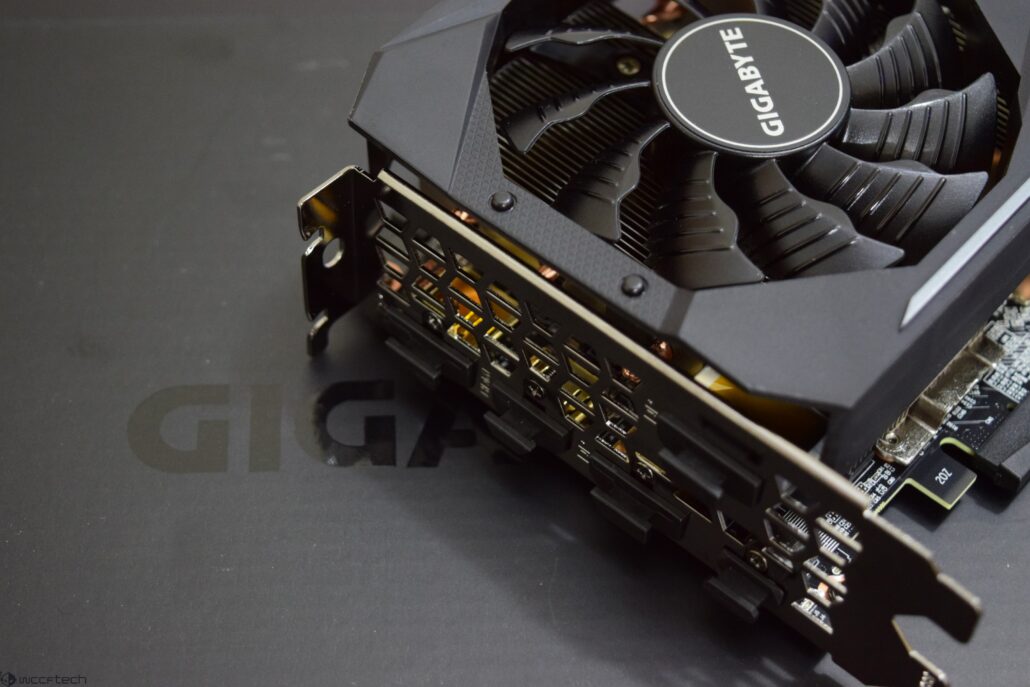 Gigabyte makes use of a 13+3 phase PWM design that includes high-end components. The cards also uses the  MT61K256M32JE-14: A GDDR6 memory from Micron that operates at 14 Gbps along a 256-bit wide memory interface. 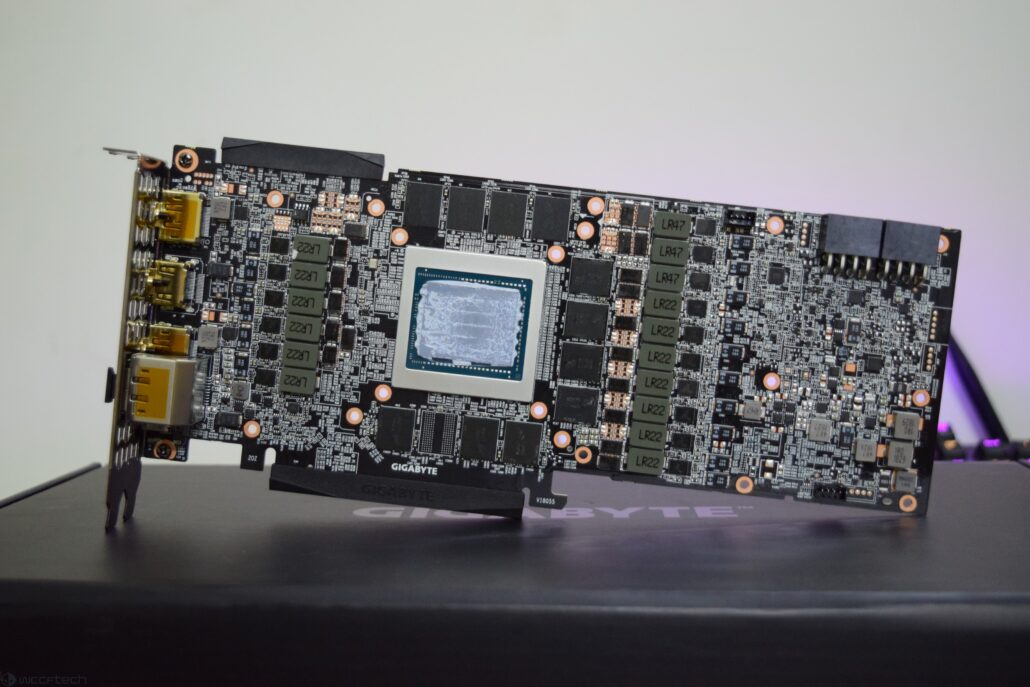 Following are a few close up shots of the reference PCB which is being offered under the hood of the Gaming OC series graphics cards. 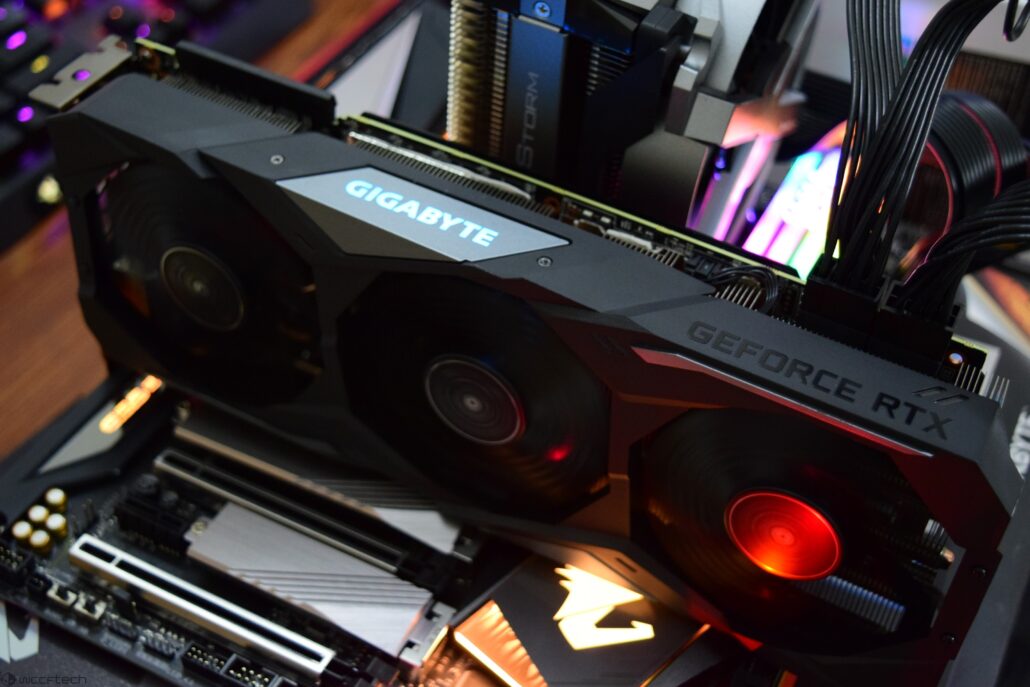