The Nintendo Switch may be selling like plastic hotcakes, but the system’s library still has its share of unfortunate gaps. Hungry for a Switch racing game without futuristic hover cars or homing turtle shells? Until now, you’ve been out of luck. Enter Gear.Club Unlimited.

An enhanced, microtransaction-free port of a 2015 mobile game, Gear.Club Unlimited is being sold as the Switch’s first serious racing game. Sure enough, it’s the only Switch racer to feature actual licensed vehicles, but being first isn’t everything. An ironic thing to say about a racing game, I know. Would Gear.Club Unlimited still stand out if it wasn’t the sole game of its kind on the Switch? Will it satisfy players looking for a deeper racing experience? Time to see if this club is worth the membership fee… 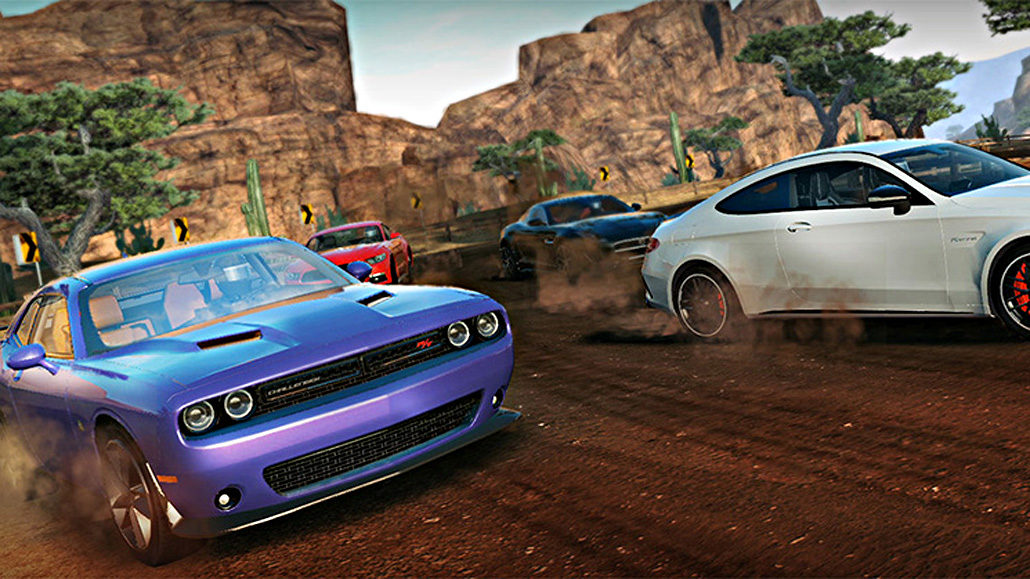 Despite the serious racing marketing push, Gear.Club Unlimited has more in common with classic arcade racers than simulations like Gran Turismo or Forza Motorsport. Gear.Club’s lineup of cars look realistic, but the game’s slippery, drifty physics, otherworldly landscapes, and improbable-turn-laden courses are anything but. This isn’t necessarily a bad thing – like all good 90s kids, I was a dedicated Ridge Racer fan back in the day. Just know what you’re getting into.

Unfortunately, Gear.Club Unlimited doesn’t just play like an old-school Ridge Racer game, it kind of looks like one, too. Cars boast a decent level of detail, but otherwise, the game looks like a high-end PS2, or perhaps first-generation PS3, title. That said, the game still has some aesthetically-pleasing moments, runs in full 1080p in docked mode (hardly a guarantee with third-party Switch games), and maintains a consistent framerate. The game doesn’t look great, but it’s not an embarrassment. Audio-wise, the game doesn’t leave much of an impression. There’s little music to speak of, and cars have a bit of a ride-on lawnmower sound to them.

Gear.Club’s collection of licensed cars, from makers like BMW, Ford, and Mercedes, is a bit thin (there’s only 32 in total), but they’re a decently varied lot, and getting a feel for how each new vehicle grips the road takes some time. Again, Gear.Club isn’t a true racing sim, so don’t expect the weightiness or authenticity of a Gran Turismo, but the game’s vehicles feel unique enough. 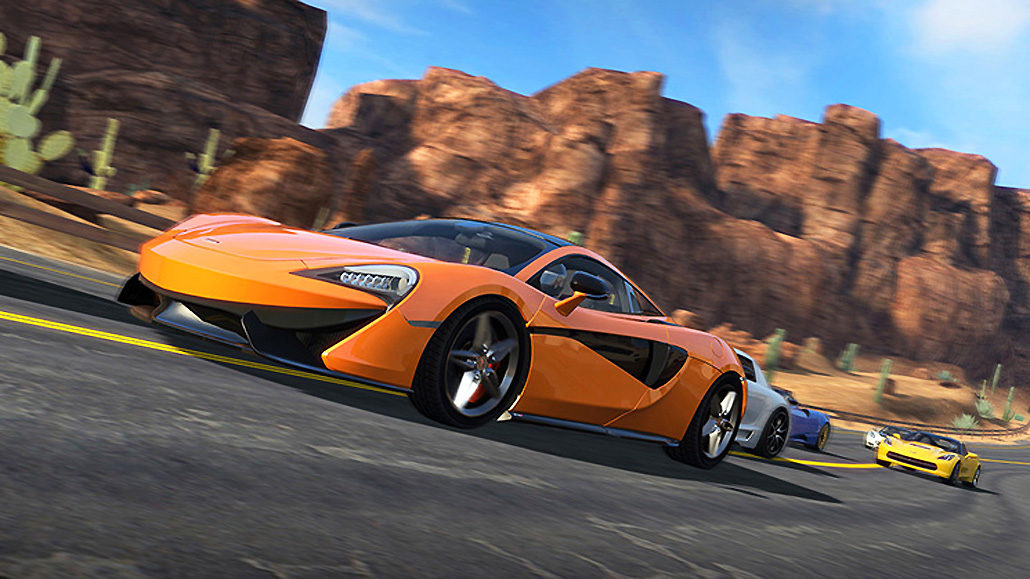 Ultimately though, Gear.Club is more about the tracks than the cars. The game features an impressive 400 courses, although the game reuses a lot of assets and elements to reach that lofty number. Races come in three forms (standard, time attack, and off-road rally) and always zip by quickly. It’s very rare for a race to last more than two or three minutes. Gear.Club’s bite-sized challenges, combined with the large number of overall courses, gives the game a “can’t eat just one” addictiveness. You’ll sit down to play through a single five-race championship and blow through another 20 courses without even thinking.

Gear.Club keeps the experience frictionless by avoiding frustrating roadblocks whenever possible. The game lets players adjust the difficulty setting and driving assists whenever they want and even allows you to rewind the last 10 seconds if you screw up a turn. It’s also up to you whether you want to soup-up your cars to godly levels and blow by the competition or save your money and give yourself a greater challenge. Players of all skill levels should be able to find a sweet spot.

Gear.Club’s compulsive appeal is further bolstered by its satisfying structure. Championships, car dealers, and your garage are accessed through a good old-fashioned world map, which expands as you progress. Completed races award you stars, experience, and in-game cash, which are, respectively, used to unlock new areas of the map, expand your garage, and buy new cars and upgrades. 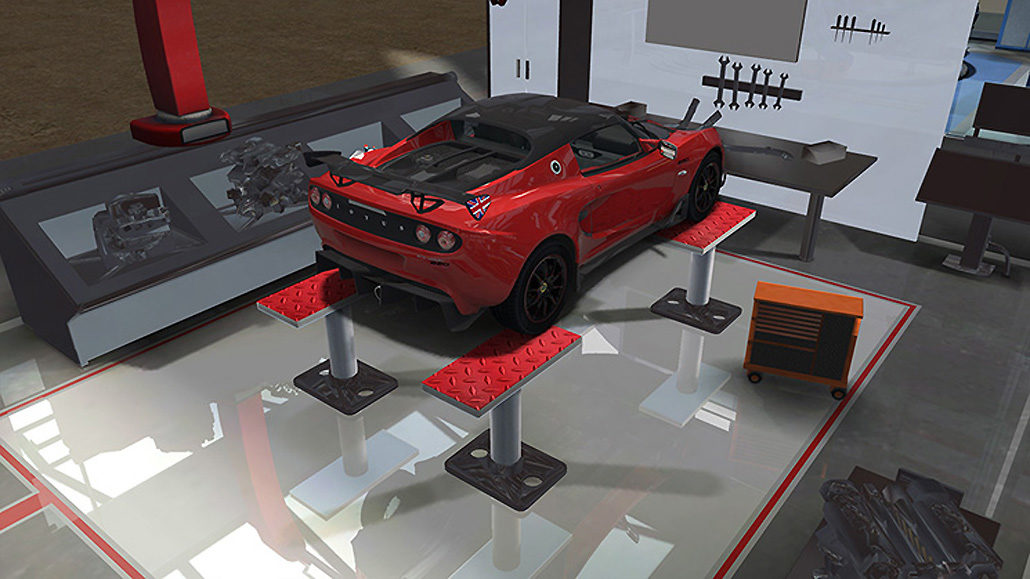 Upgrading cars is a straightforward leveling-up process – a level 2 engine is better than a level 1, and that’s all you need to know. Most of the focus is instead on customizing your garage (or “Performance Shop” as the game calls it). You can choose where to place upgrade bays and parking spots, and even add little aesthetic touches like coffee machines and potted plants. Garage customization feels like a holdover of the mobile version of Gear.Club (where upgrades take time to complete, and you can speed things up by hiring special employees with real money), but it’s still entertaining enough on Switch.

Gear.Club Unlimited’s progression and upgrade scheme is simple but compared to Need for Speed Payback’s confusing array of collectible cards and loot boxes and Gran Turismo Sport’s lack of a real career mode (at least at launch), the game is a breath of fresh air. Developer Eden Games have updated Gear.Club in a smart, generous way – the game compels you to keep playing like the best free-to-play games, but without in-game purchases, the icky exploitive edge is gone. It’s a best of both worlds situation. 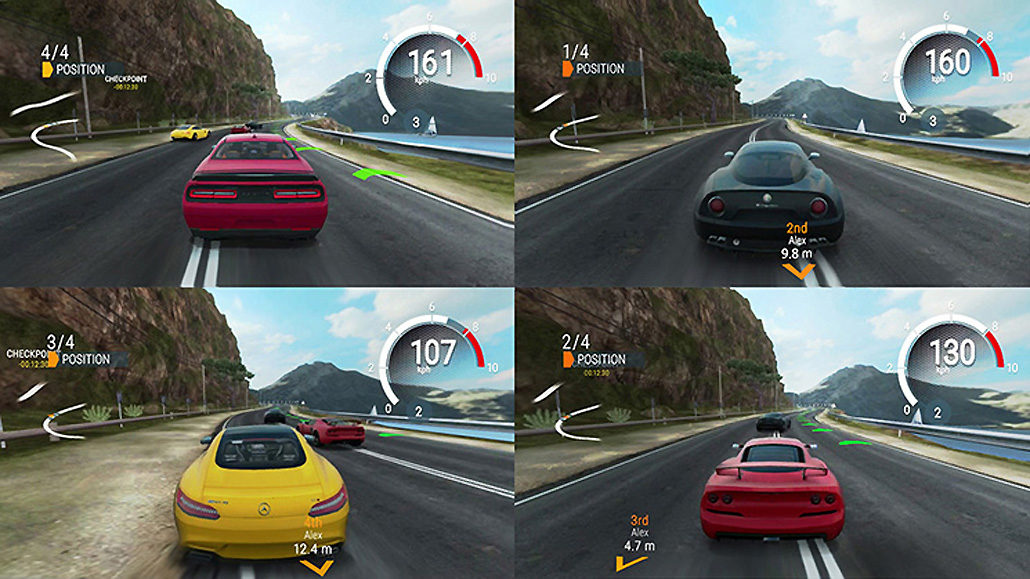 Gear.Club Unlimited doesn’t feature full-on online multiplayer, but it does offer up Leagues. This asynchronous multiplayer option lets you take part in daily time trials against other players’ ghosts. Get a good enough time and you’ll place on the leaderboard, and if you’re still on there at the end of the day, you’ll earn League points. Rack up enough points, and you can enter new Leagues against higher-level cars and players. Keeping track of your place on the leaderboards is surprisingly compelling, and Gear.Club makes it easy to hop in and try for a better time whenever you want. League play is a smart way to connect players given the Switch’s currently-limited online capabilities. Oh, and if you’ve got some real-life friends you want to race directly against, Gear.Club Unlimited also has local split-screen multiplayer. Didn’t I tell you this game was old-school?

Overall, Gear.Club Unlimited offers up a ton of value. Its 400-plus courses will take a solid 30 to 40 hours to race through, and clambering to the top of the online Leagues will take dozens more. The game’s content isn’t truly unlimited, but sometimes it feels like it is.

This review was based on a copy of Gear.Club Unlimited provided by publisher Microïds. You may purchase it on GameStop.

As long as you don’t take the “Serious racing on Switch!” pitch too seriously, you’ll have a lot of fun with Gear.Club Unlimited. This is an engaging, retro arcade racer with a rewarding structure that puts bigger-name games to shame. I’ve reviewed most of this season’s major racers, including Gran Turismo Sport and Need for Speed Payback, and I can honestly say Gear.Club Unlimited was the most entertaining of the bunch. Gear up for a good time, Switch owners.