Need for Speed Payback feels like an attempt at a comeback. EA’s racing franchise never really went anywhere, but recent entries like Need for Speed: Rivals and the 2015 Need for Speed reboot didn’t leave much of a dent. With Payback, EA and developer Ghost Games deliver the series’ biggest open world yet, all-new race types, and a full Fast & Furious-inspired action movie storyline. Of course, Payback also continues EA’s current “live services” obsession with a focus on RPG-like car building, which can be sped along with loot boxes you can buy with real-world cash.

Does Need for Speed Payback deliver the goods, or does EA need to realign its priorities? Buckle up, it’s time to see how this one performs when the rubber meets the road… 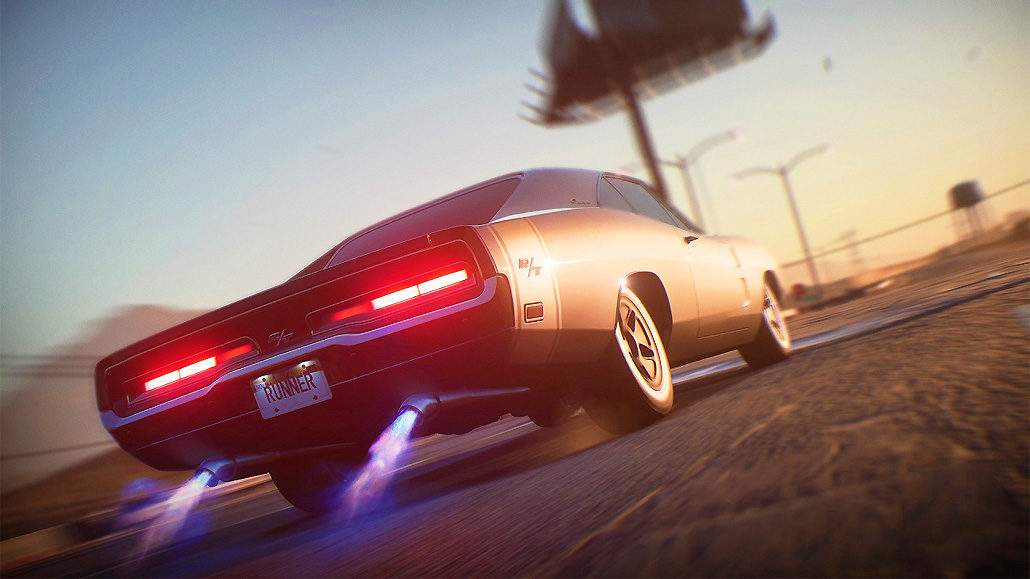 The makers of Need for Speed Payback know recklessly blasting around the desert in a souped-up set of wheels is inherently fun, and have built an impressive open world around exactly that. Payback centers around the fictional Silver City (a transparent Las Vegas stand-in), but you’ll want to spend most of your time in the dusty desert landscape surrounding the town.

Payback serves up a map at least twice as big as past entries in the series, and it’s liberally dotted with all manner of challenges and diversions. Speed traps, destructible billboards, and collectible tokens wait around every bend. There are dozens of hours of content here. I’ve always said you can judge the quality of an open world by how often it manages to tempt you off the beaten path, and by that measure, Need for Speed Payback is a success.

The non-stop desert scenery can start to feel a little samey, but overall, Payback is a solid-looking racer. It doesn’t quite measure up to ultra-detailed simulations like Forza Motorsport 7 or Gran Turismo Sport, but it’s not really trying to. Payback’s cars are sexy enough and the game features some nice touches, like the realistic layers of grime that accumulate on your car as you barrel around the desert. The game also delivers a solid framerate and sense of speed, which is what matters in an arcade-flavored title like this.

Speaking of which, if you’re hankering for a good, old-fashioned drift-happy racer, Need for Speed Payback is for you. This is one of those games where it rarely pays to let up of the gas pedal, and cars slide around corners like the road is made of warm butter. If you’re coming off something like Gran Turismo it will take a bit of getting used to, but, at its best, the game is an over-the-top joy. Unfortunately, the quality of Payback’s races is somewhat inconsistent.

As in past Need for Speed games, Payback features a variety of different racing styles, and they aren’t all created equal. The most entertaining are the newly-added off-road races, which send you careening down barely-defined dusty paths, through treacherous rocky gulches, and off strategically-placed ramps. Drift and drag races are also novel diversions, and runner challenges, which task you with outpacing the cops for a set amount of time, can be fun in small doses.

Surprisingly, Payback’s standard road races are its most frustrating. The game’s open world is too cluttered and it’s not always clear which objects are destructible. Telephone poles crumble like breadsticks, but trees of approximately the same width will stop you dead. Typically, you’ll just glance off roadside objects, but occasionally you’ll get stuck on a rock or weirdly angled wall, and your race will immediately be ruined. Add the hapless random cars that constantly patrol the roads to the mix, and winning and losing starts to feel rather arbitrary. Off-road races tend to take place in wide-open spaces, and drift, drag, and runner challenges require less precision, making them less annoying. Standard races had me mashing restart and hurling a cornucopia of four-letter words I won’t repeat here.

The end goal of all this racing around is to collect and upgrade your own fleet of asphalt-melting rides. New cars can either be bought from dealerships or built from the ground up using derelict parts hidden around the map. Derelict cars can become any class, allowing you to, say, turn a 1963 Volkswagen Beetle into a ridiculous drag-racing beast, and can eventually be transformed into ultra-powerful supercars. The flip-side is they require a much greater investment than standard cars.

Unlike past Need for Speed games, which let you swap out individual parts, Payback takes the Madden/FIFA Ultimate Team approach, with upgrades being tied to randomized Speed Cards. You might find the system a bit baffling at first, as each card is covered with an array numbers and symbols that don’t intrinsically mean anything, but you’ll get the hang of it soon enough. Even then, it’s all a bit abstract – the visceral fun of tinkering under the hood has been lost in favor of a purely stat-based system.

Speed Cards can be earned by winning events, purchased from tune-up shops with in-game currency, or randomly rolled using “part tokens.” Rolling Speed Cards is your best bet – the cards available at tune-up shops are usually just better than the ones you have, while the randomly-rolled ones are almost always a nice step up. Ah, but the part tokens needed to roll Speed Cards can only be acquired from “Shipments” (Payback’s codeword for loot boxes). Basic Shipments can be earned by completing certain challenges or increasing your “Rep level,” but you can also buy Premium Shipments with actual money.

I didn’t find the grind in Payback to be too onerous, although EA did send me the Deluxe Edition of the game, which came with five Premium Shipments packed with part tokens. I also took a fairly focused approach to the game, building up only one main car from each class and not straying too far from the central campaign. Those who buy the standard edition or really want to fill out their garage may find the game to be more of a chore. That said, Payback’s microtransactions actually aren’t its biggest issue – that honor belongs to the game’s uninspired story.

Need for Speed Payback stars generic brown-haired stubble beard bro Tyler Morgan and his too-cool-for-school crew of outlaw racers. After they’re double-crossed by one of their own, they team up with a seedy casino owner to take down a criminal cartel known as The House by, uh, driving fast? Sure, okay. Payback wants to be Fast & Furious: The Game but lacks the kooky magnetism of Vin Diesel and The Rock or any sort of self-awareness. Payback’s characters are the kind of unlikable tools who regularly shout things like “Let’s crush this!” with absolutely no irony.

Payback’s major story-focused missions aren’t even particularly fun to play. All the big set-pieces you may have seen -- the cars bursting out from inside semi trailers or dodging crashing helicopters -- are completely canned. For the most part, you simply drive through checkpoints as usual and non-interactive cutscenes play when you pass certain spots. Oh, and if you’re having trouble with a mission, you have to sit through all the cutscenes and snarky banter over and over again. A scene that was only marginally cool to begin with certainly won’t thrill you the half-dozenth time you see it.

Worst of all, the canned cutscenes mean you’re forced to use specific cars during story missions. Those vehicles you’ve been spending hours building up? They’re thrown on the scrap heap during the parts of the game you’re supposed to care about most. Rather than feeling like a reward, story missions became something I started to dread, which probably wasn’t what the developers were going for.

This review was based on a PS4 copy of Need for Speed Payback Deluxe Edition provided by publisher Electronic Arts. You can purchase the Deluxe Edition on Amazon. 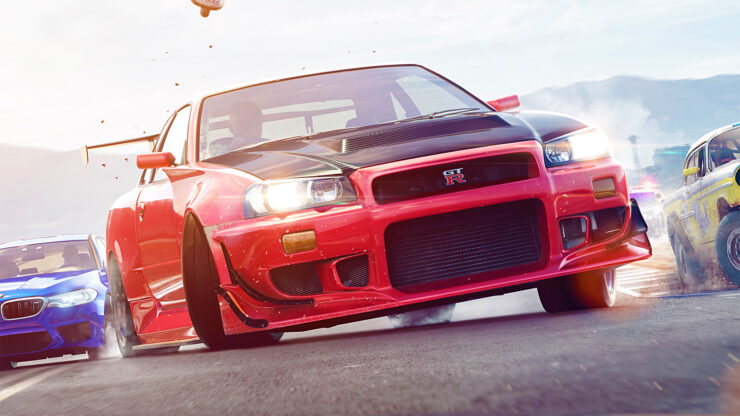 Need for Speed Payback is a well-designed sandbox that’s at its most entertaining when you ignore what’s supposed to be the core of the game. The story is a dud, and the game's Ultimate Team-inspired upgrade system is an attempt to force a square peg into a round hole, but there’s no denying tearing down desert roads at 180 mph in a souped-up 1965 Mustang is a blast. Need for Speed Payback is a fun joyride, but it doesn’t quite hold up over the long haul.