Last year, NVIDIA introduced their latest Turing based GeForce RTX 20 series graphics cards, which made a complete departure from traditional GPU design and created a hybrid GPU architecture that would include a range of new technologies to power the next-generation immersive gaming experiences.

But all of that changed in July when NVIDIA brought forth their new RTX SUPER lineup. Think of it as the original Turing lineup but supercharged with better performance & more sensible prices. The lineup includes three cards, the GeForce RTX 2080 SUPER, GeForce RTX 2070 SUPER, and GeForce RTX 2060 SUPER. Termed in our original review as what Turing should've been in the first place, the GeForce RTX SUPER is to bring more gamers over the RTX bandwagon.

The NVIDIA’s GeForce RTX 2080 SUPER utilizes the TU104-450 GPU with 3072 CUDA cores, 8 GB of GDDR6 memory and would be clocked in at 15.5 Gbps along with a 256-bit bus interface. This would boost the total bandwidth to 496 GB/s which is just shy of that sweet 500 GB/s figures which could now easily be achieved with a slight overclock.

The core clocks are maintained at 1650 MHz base and 1815 MHz boost. The card would have a TDP of 250W and would feature 8 Giga Rays/second worth of ray tracing horsepower. The card officially launched on 23rd of July, 2019.

In terms of performance, the GeForce RTX 2080 SUPER has been around 10-15% faster on average than the Titan XP which makes it a lot faster than the GTX 1080 Ti, a card that the RTX 2080 was only able to match. The card is rated to deliver 11 TFLOPs of FP32 and 11 TFLOPs of INT32 Compute power and the tensor operations are rated at 89 TOPs which are clearly faster than RTX 2080s 10.1 TFLOPs FP32 and around 81 TOPs worth of horsepower. Those who have been saving up to buy a graphics card would find this a great high-end card compared to the original RTX 2080 or the Radeon VII. 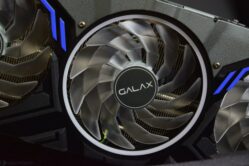 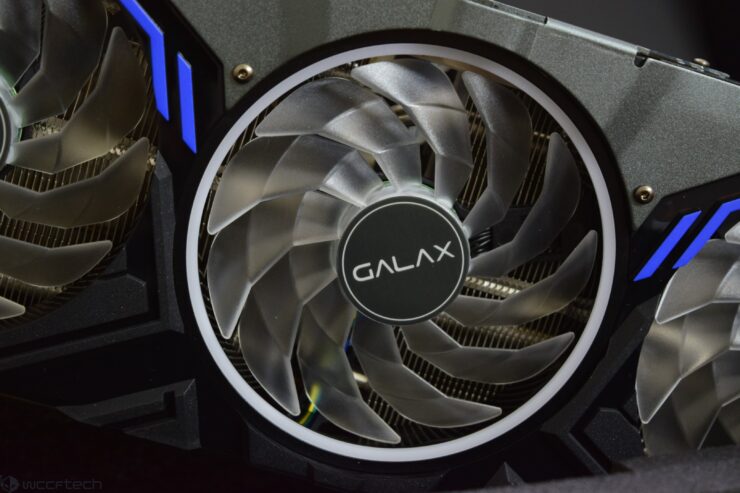 The GALAX GeForce RTX 2080 SUPER Work The Frames is a solid performer all around, something that you can expect from a triple-fan cooled graphics card and the new RGB focused design looks very neat. The card rocks one of the highest factory-overclocks we have seen and is a definite recommendation in the large array of custom RTX 2080 SUPER series cards.