I should make it clear that I'll always be choosing arcade racers first. I do like sim racers too, I can always appreciate the technical brilliance behind the games, but arcade racing is where the fun is at. At least that's the case for me. This was the case when it came to GRID (review here) and is also the case for DIRT 5 right now. Again, spoiling the conclusion of my review, this genuinely feels like a game that's part of the next generation. Let's talk about why.

First, I'm going to talk about what I don't like about DIRT 5 because that list is pretty short. The first are a few technical problems. Originally, I thought these were caused by me recording, or running other things in the background while playing. Potentially it was simply due to me running the game on max settings. This wasn't the case. No matter the settings, there have been a few occasions where the names of a racer - shown above the car - will be jittering about like mad.

You'll see this in the gameplay video accompanying this review and outside of the video I tested the game on lower settings, getting the same issue. Minor, very minor, but noticeable. There are some other issues, like my name not appearing in the standings correctly. Keeping technical, I also had a few crashes that were, again, not due to my recording or settings as noticed during my testing. Few and far between, but there you go. Also, I've noticed some screen tearing issues and... no options for VSYNC?

As many superlatives as I have for DIRT 5, and I have a few, I will say that the AI seems a little out of whack. Either I've suddenly got fantastic at racing games, which I haven't, or the AI could do with a bit of tweaking. I've moved between playing the game on normal and hard difficulty and on normal, for the most part, I'm winning races by a good margin. Hard, it's probably a bit on the challenging side, but not beyond reason and very enjoyable.

The only other issue I've got is, and this is something I've noticed more as I've played, the physics can sometimes just feel a bit off. Or, simply put, they can mess up. There are times where, when you go flying up, the movement of the car feels just right. Other times, well, I've gone flying up like somebody just set some C4 off under me.

The problem with this, writing this before the game and day-one patch is out, is that when this game is released the problems will likely be fixed. Codemasters has said that they are aware of the name ranking issues, they are tweaking AI difficulty before release and are making "further improvements to video settings". I still have to include them here, just in case they aren't fixed.

Let's be honest though, when I think about the issues I've just covered and then think about the time I've spent and I'm still spending with DIRT 5, "I don't care" keeps flashing in my head like a massive neon sign. That's because I don't. The problems, in the grand scheme of things, are so minuscule. Why is this? Because the game is so incredibly fun to play and the list of what it gets right is extensive.

Every car you drive feels and sounds different. You can truly tell the difference between that of a front or rear-wheel-drive car to that of a four or all-wheel drive vehicle. You can feel the power variances between cars. Even the suspension for some above others will be instantly noticeable. Most of all, the thing that really makes a difference, you will notice, feel and struggle with the differences for different surfaces as well as the varying weather conditions.

Snow, Rain or Sun. Maybe even just a regular dull, overcast, day. Each track, each surface, acts quite differently depending on the weather conditions. Not only is the handling of your car affected, but you'll also find that in truly terrible conditions you're also going to be making mistakes thanks to a limited amount of light. I've never had a more difficult challenge than racing on the frozen East River in the middle of a heavy snowstorm, struggling to handle the ice without other cars crashing into me.

So not only does every track feel different thanks to the varying weather conditions, but you’ll also notice an evolution of track conditions as a race progresses. What was a relatively dry day will later find you contending with large amounts of water, taking a wider line to avoid getting slowed down by what is now a pool on the inside of the track. I will be honest, this doesn't feel as detailed as that in such as DiRT Rally or even Project Cars 2, but it has just enough variance and impact to truly feel like you need to pay attention to the game.

This is a fine balance that Codemasters Cheshire (formerly Evolution Studios which made WRC 1 to 4, the Motorstorm series and Driveclub) has truly managed. DIRT 5 is designed to be the most arcade of the DiRT series, without losing the attention to detail that makes the series great. I remember when reviewing DiRT 4, 'gamer mode' being too easy. DIRT 5 seems to have brought the arcade aspects of gamer mode but injected at least some aspects of the core, and rally series, elements of control. It truly makes it stand out and feel like a truly unique entry to the series.

What helps add to this is the sheer variety of tracks and game modes within. Let me get started by saying that Gymkhana can just bugger off. The less I have to see of Gymkhana, the better my life will be. I can imagine a lot will like it, getting to drift and jump around, doing tricks, doughnuts and more, but I personally despise the mode. Fortunately, the career - as far as I've got so far - doesn't force you to play the mode, not unless you want 100% completion.

Throughout your career, as well as racing online, you'll get to race on over forty different courses (with most of them having reverse options) from ten real-world locations. The career doesn't get stale thanks to it flitting from one location to another, rarely having the same style of race following each other. Including Gymkhana, you have eight different event styles. One minute you'll find yourself on the streets of Roosevelt Island on a nice day, the next you're at the foot of Mt. Everest, and then you'll find yourself climbing up rocks in Morocco.

The variety is spectacular and while it may seem, at first, that racing is racing, it truly isn't. From the pathfinder events that will have you in some terribly rocky conditions, finding your way through some treacherous terrain, to then speeding around an oval circuit in the sprint events. Adding to this is the fact that you're going to be limited to a specific vehicle class. All of this stops the career, featuring over one-hundred events on a multi-choice system (thus me not being forced into Gymkhana) from ever becoming stale.

I should also mention how the career works when it comes to vehicles. You earn experience, sponsor reputation and money from racing. The experience levels you up, reputation levels you up with a sponsor and money lets you buy cars. Levels and sponsors unlock bonuses like liveries, badges, patterns and more. Each sponsor also has a maximum of fifteen levels. Money... it lets you buy cars. Frankly, I don't care about all of this because while designing your own look is great, I'm far more engaged by the actual racing.

No matter where you are or what you're racing, DIRT 5 is just incredibly fun. It's truly engaging and grin-inducing to slide around corners perfectly, even more so for me because this is one of the few racing games that I've just got the assists set to the lowest levels possible. I'm still naff on the ice courses, but I can live with that. The simple fact for me is that this is a racing game that has drawn me in and made me enjoy racing more than any other since the early to mid-Gran Turismo days.

I've flitted between lower settings and the highest for DIRT 5 and when I say that graphically, DIRT 5 is simply fantastic, I mean it. I'm running a computer with an i9 9900K, RX 5700 XT, 32GB of RAM and on the max settings, I'm getting an average of around 37FPS. I can live with that, as much as lower than 60 is anathema to purists. Why? Because this looks amazing.

From the use of shadows, the density of fog effects, and the actual feeling of depth given to the terrain, water and snow and the utterly splendid scenery on show. Particularly so when the weather changes and you see the first rays of light through the clouds or shining through a gap in a bridge. The use of light here is fantastic. Hell, even the northern lights or the lights and fireworks for the race. Thanks to a spectacular use of colour and contrast, this looks astoundingly vibrant and truly lets everything stand out. Add to this the detail of literally everything, it truly feels next-gen.

I can appreciate the technical brilliance, when it comes to the racing, of other games all day long. I'll give them the score they deserve even when a focus on realism holds me down. For pure fun? This is the one for me. I even prefer it to GRID, which was my favourite Codemasters game at the time of release. I'll say the same thing as I did for that. Technically, others like DiRT Rally 2.0 are superior. However, for pure, unashamed fun, this is in pole position. 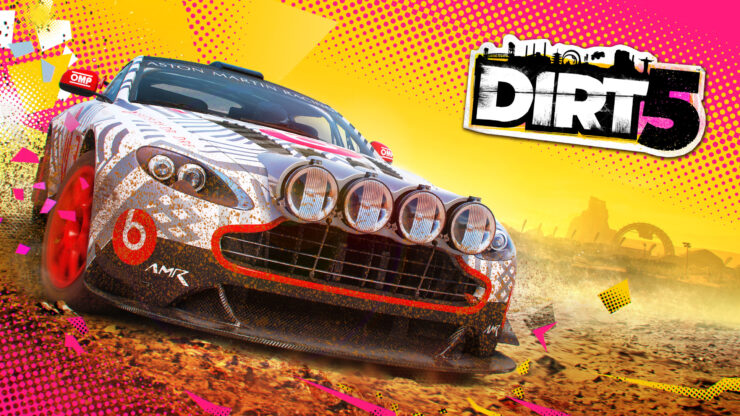