Do you know what I like in a racing game? Fun, that's what. I've always been able to appreciate racing simulation games like DiRT Rally 2.0 and F1 2019, other Codemasters titles. I can still have fun with them too, but I'll always find myself having that much more fun with a more flexible, arcade-style racer. Particularly one such as GRID, which isn't too arcade.

While it isn't quite Race Driver: GRID when it comes to the campaign, the 2008 game that started the franchise for Codemasters and happens to be one of my favourite racing games ever due to its sense of team-building and ownership, this is by far the best outing by Codemasters. It's certainly the one I'll be coming back to over and over again.

I guess that's a bit of a spoiler for the conclusion of the review. Yep, I like GRID. Codemasters have gone a grand job with the game. "What's good about it?" I hear you ask. Well, there are a few things. First and foremost, aesthetically there's a lot to praise. The environments, whether you're racing around Brands Hatch, the streets of Havana, San Francisco or a Nascar/Speedway track, everything looks great. The environments are very detailed and while it's a racing game so most go by in a blur, it's sometimes a great thing to see the actual places these courses are based on.

Of course, the real focus needs to be the cars you're racing in and the track you're racing on. Much like the environments, these are also top-notch. You'll see actual racing lines on the tracks, they develop as a race goes on, the surface being a criss-cross of burnt rubber, indicating where I happen to have over-extended myself when going around a corner. Fortunately, the game is a little more forgiving than Codemasters other titles, which wouldn't let me do my power-slides, handbrake drifts or more, because I've got no chance in a game that's completely realistic.

This is even the case with the damage, which you can make cosmetic only. It still shows up on the cars, naturally, so you can see the wear and tear without it impacting your performance. Personally, I prefer to have actual damage on the cars, more than it just being cosmetic. With or without damage though, the myriad of cars in the game look great. Even more so due to a large number of liveries and customisation options you have, letting you personalise your ride when you've bought the car. I always went for the red and black of Manchester United.

Outside of the visuals, GRID has a lot going for it audibly too. The squeal of the tyres on the track, the sound of cars colliding or just the rev of the engine - or purr if you're in a Mini Cooper. All throughout you're going to find the game a pleasure to both look and listen to, racing around in over 60 different cars across over 80 different tracks in 13 different locations.

As nice as visuals and audio can be, what makes a game is the gameplay. This is somewhere else that GRID succeeds in. Back when I reviewed F1 2019 I had a complaint about the much-touted rivalries system simply being reduced to graphs more than anything else. You never felt that there was that drive to beat your rival or that something special was put in there. GRID succeeds where F1 2019 failed with the new nemesis system, even though it's short-lived.

In any given race or event you can get multiple nemeses. Usually, you find that you get them through a single large crash into them or multiple smaller incidents. That's when the fun really starts. I've spent most of my time playing in the standard medium difficulty and I can't honestly say anything has been a challenge - I slightly adjusted this to add some challenge by keeping all of the medium settings the same, aside from AI difficulty, which I set to hard. However, even in medium, the nemesis system shows what it's truly capable of.

What that is, is challenging you. The AI is already proficient at a higher difficulty, but once you've made a nemesis, that foe suddenly ramps up their game. It's almost as if, as you could see in real life, there's a newfound urge, a true unrelenting desire to beat you and only you. This is represented fantastically by the AI drivers even doing a few dirty tricks, such as completely cutting off your line or even giving you just the nudge you need to send you spinning out of control. I've never felt a racing game to feel as genuinely realistic as GRID does when you have a nemesis hot on your heels, or you on theirs.

Keeping on the topic of the AI, the system Codemasters has in place to keep races feeling fresh or adding that bit of challenge is a sort of race-master (think dungeon master). This AI will determine 'random' events like punctures, breakdowns and the mistakes of an AI racer (big or small).

Not only that, but there's also a system in place to reflect on that 'it factor' a sportsperson gets when they're on a roll. Everybody knows that form increases as wins are strung together, letting people perform better. It's confidence, and the game reflects this by giving some AI a boost and others a hindrance. Each opponent genuinely feels different too, adding weight to Codemasters' claim of having 400 different and unique AI personalities and skill variations within the game.

This can also happen to your team-mate, the partner you'll be hiring and directing in the career mode in GRID. That's if they want to listen to you, which they may not necessarily want to do. Each partner has four different stats at their different levels, these being Loyalty, Skill Attack and Defence. Being the team leader, you'd expect your team-mate to listen to you - not necessarily. Depending on their personality and loyalty level, you're going to find that they simply do their own thing, likely going for the win even at your expense. The one thing I haven't seen, and I'm not sure if it's possible, is having your team-mate as your nemesis.

Earlier I mentioned how the nemesis system is short-lived. I wasn't just saying this for the sake of it. It doesn't live beyond a single event. Possibly even a single race. In multiple-race events, I have noticed an orange nemesis icon at the side of a driver that was my nemesis in the previous race. Does this give them a boost? I honestly couldn't tell you. If I were to hazard a guess, I would say no, only making it easier to make them a nemesis in the current race.

So what of the events and career here in GRID? It's very much like that found in racing games like Project Cars 2, where you have multiple paths to go down, each showing their own discipline. There are six paths in all, with such as touring, Stock, Tuner and GT being straight forward, to an invitational path as well as one simply named "Fernando Alonso". Not only did Alonso assist with the game, but you can also race against him in GRID.

Fortunately, if you aren't a completionist, you don't need to go through every single event in a line to reach the "face-off" finale. Also, to reach the GRID series finale, you only actually need to complete four of the face-off races. Simply put, you can complete maybe a quarter of the actual game to reach the final, which isn't bad at all.

Particularly since you have the freedom to go back and do whatever you want, whenever you want. It's worth doing more as well, because the more you race, the more experience you get. Experience gains you levels which unlocks new liveries, icons, banners and more for your profile, as well as unlocking new team-mates for you to choose from and hire. If you are a completionist, you've got a hell of a lot of racing here in GRID and it will keep you going for a long time.

Also, there's the online mode. I can't honestly talk much about this, having mostly avoided it. In the roughly five events I've done online, I've found zero issues with the connectivity of the game, everything was smooth and easy to simply jump in and play. Most of all, it was fun. Irritating, at times, but still mostly fun. Why irritating? Well, that's the arcade aspect of the game. Not a single race went by where I didn't find myself against somebody who was certain they were playing the new Destruction Derby. What I saw, however, was limited in its options. Whether there'll be more on release, I don't know - nor do I honestly care.

So, what do I think of GRID? I said it right at the start, it's the best outing by Codemasters so far. Sure, it's not the most technically superior game. That honour still belongs to DiRT Rally 2.0. This is, after all, not a racing sim. If you're looking for that you may as well look elsewhere. Frankly, this feels great to play, with surprisingly strong physics and a game that just lends itself to the fast-pace racing on offer here.

Also, I need to throw in a sentence here - why no photo-mode? Do you hate me Codemasters? I know I can go through a replay, but that's a lot of effort. Anyway, back to what I was saying. If you want a game that will let you ride around in a number of fast (and slow) cars across a number of stunning locations, you needn't look further than GRID. Will this restart the franchise? I can't see why not. 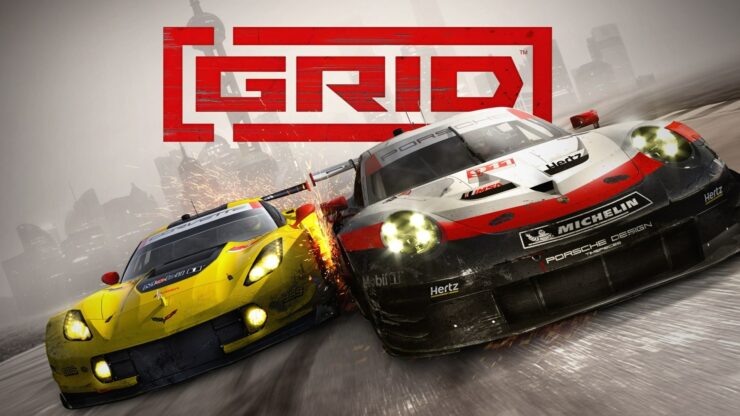