DiRT 5 Preview – The Next Generation of Racing is Coming 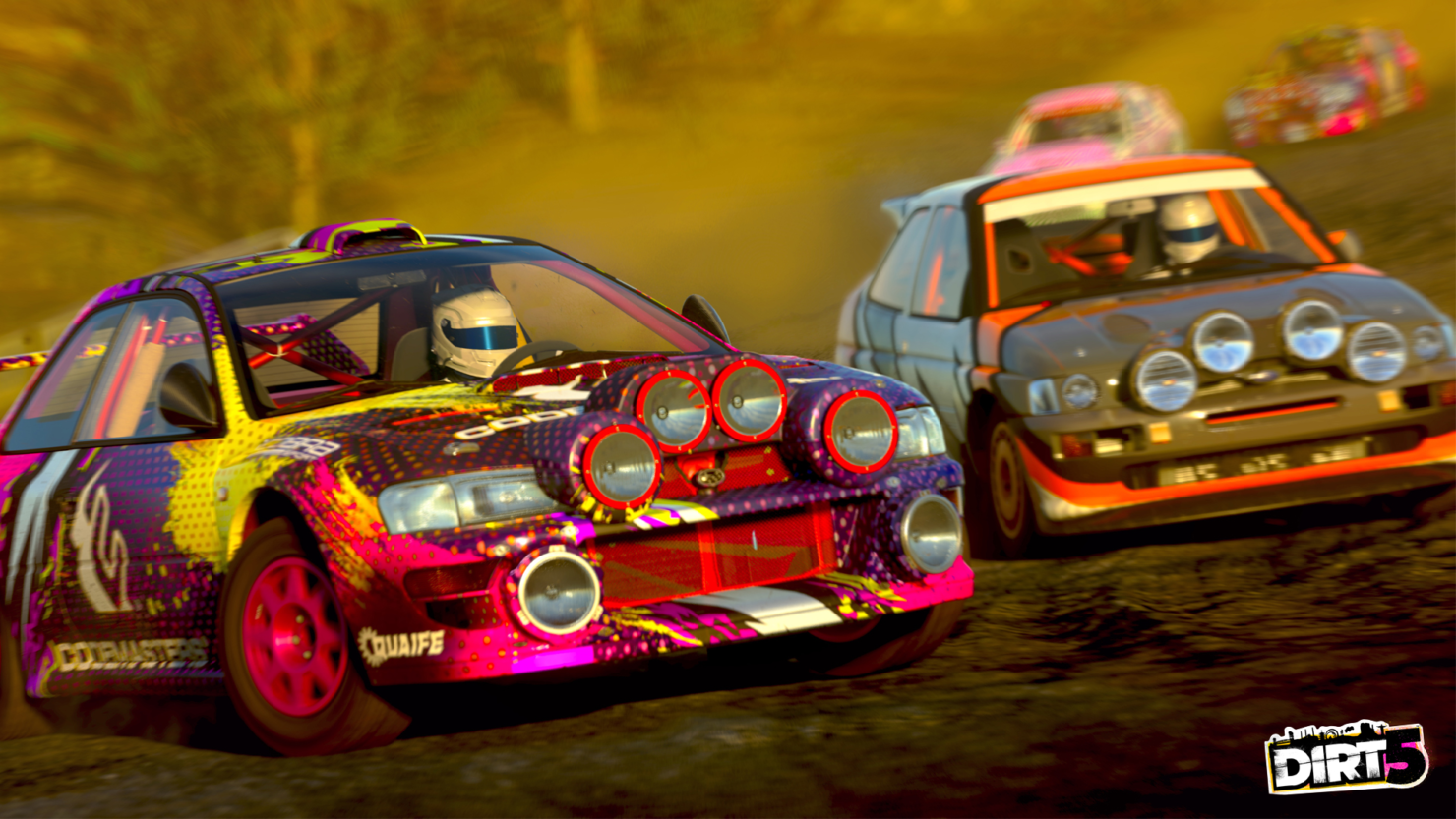 I like to think that, for the most part, I don't throw too many superlatives around and that I don't let myself get built up with the hype machine. I like to think that, though I know full well that this preview of DiRT 5 is going to throw all of this out of the window. After having a recent bit of hands-on time with the game, I can honestly say that Codemasters look like they've outdone themselves.

The title gives it all away, DiRT 5 could very well be the next-generation of racing games. Any anticipation you felt following what was shown at the Xbox Series X event should be increased exponentially. It has been for me.

I like the regular DiRT series more than the DiRT Rally counterpart. It's a little more forgiving, a little more arcade. Codemasters has always been open about that. This isn't to say that it's a full-on arcade experience, it isn't. You still have to know how the particular cars run, how to control them, how to best take a corner. It's simply that the game is a little more forgiving. This is certainly the case with DiRT 5 as it stands from the version I've been able to play.

During my hands-on, I've been able to race around four of the locations that will be featured in DiRT 5. I don't doubt they've been carefully selected for the variety they show either, with the game taking me to Norway, China, Brazil and... Arizona? Okay, so the last one seemed a little surprising at first, but there's a reason Arizona makes an appearance. As it stands, the version of the game I've been able to play only has one track in each location.

The four tracks are as follows: Henningsvaer in Norway, Xiamo Run in China, Tijuca Forest in Brazil and East Mitten in Arizona. I've said that Arizona has reasons for its appearance, but they all show off varying elements. From the style of racing to other aspects of the game, ranging from the type of race and the vehicles used to the audio and visual aspects of the game. Wherever you look, the game has a lot to show.

Let's just stick to the racing for now. One major feature in any racing game that can have a dramatic impact is the weather. DiRT 5 has a new dynamic weather system based on the time of the year, the location of the track and, simply, the time of the day. Henningsvaer, on a snowy day, will have less snow on the track in the morning than the afternoon. Simple enough so far. What is interesting is how the weather can change, and the surface as a result, as the race progresses.

I should speak about this more before I move on. DiRT 5 has what they call dynamic weather and it really is dynamic and it can genuinely be extreme. You'll have torrential rain coming down, your view of the very muddy and difficult to handle dirt trails in Brazil suddenly take on a sinister feel. The snow of Norway creates a fine dusting, obscuring your view as a thick mist descends upon the track. These can change and clear mid-race and I genuinely can't wait to have a really long race to see how much it can all change.

When it comes to other weather as well as just how great DiRT 5 looks, I can't think of a better example than Brazil. From the environments alone as you race past the favelas, Christ the Redeemer in the background, it's impossible to not think that this looks stunning. It's even more impressive when the rain comes, the impact it has on the mud, the puddles, the flying dirt and just how dirty the car gets as the race progresses.

It's the attention to detail that I truly like. The lines that start to appear in the dirt, the confetti that those watching the race throw into the air, the dust getting thrown up when racing in Arizona. Simply put, the environment in general. The roots of trees in Brazil, the beautiful cherry blossoms in China and something that I genuinely can't help but think looks great, the water of clear puddles with small rocks just sticking out of it. I had to take this screenshot just to illustrate what I mean.

Maybe I'm easily impressed? I don't know. I probably am because one thing that I noticed when racing around Henningsvaer was a very interesting change to the audio. Now, I'm not going to say this hasn't been done in a racing game before, but I certainly haven't noticed it. DiRT 5 has 3D audio as an option, so as you're racing around the music that would normally be playing all of the time is only heard as you drive past the speakers. Hearing it fade in and out is just something unique and, for lack of a better term, nifty.

As for the rest of the audio, it all sounds great so far. I can't say much more than that, I'm still thinking a lot about 3D music and how it should be implemented in every racing game to add to the atmosphere. That and the soundtrack has introduced me to a few artists. So, yeah, the game looks and sounds great. Remember that this is the first time press have been able to play it, it isn't scheduled to release for another three and a half months.

Let's keep it simple. The whole point of this was to see the progress of the game so far and not go into real critique. Sure, there are a few issues here and there, the menus aren't finalised, visuals and lighting are still being worked on and so are certain parts of the tracks and some cars. The whole point of this first impression is to see if the game is fun. With the way it's progressing, DiRT 5 is set to be the best in the series and the best by Codemasters, certainly up there with GRID.

Across the four tracks with the multiple weather variations and the multiple cars made available, including my very favourite, the Subaru Impreza Rally Ed, I've spent around ten hours with the game. I've consistently kept up or led the race in three of game types I've been able to play (UltraCross, Land Rush and Stampede) with me just failing miserably at the fourth, Sprint. All the Arizonan dirt kept getting in my eyes. That or I just can't control that strange stock car type thing.

So, DiRT 5? You know what, you rarely get the time to truly delve deep into early copies of games. Usually, it's a few hours after a presentation - you can get a feel, but bits can be missed. Here, I've enjoyed every little bit and explored so much that I'm praising the big and the little, things like puddles and music playing from the side of a track. It that doesn't say what I think about DiRT 5, nothing will.

Maybe that is excessive praise from an early first-impressions. Maybe it's building up the anticipation a little too much. I genuinely can't think of a game to have made a better first impression on me than this. Keeping it simple: DiRT 5 looks like it will be the next-generation of racing even three and a half months before it's scheduled to be released on the 9th of October. DiRT 5 will be releasing for the PC, PlayStation 4 and Xbox One at that point, with the PlayStation 5 and Xbox Series X later in 2020, the Stadia version will launch in 2021.

You can also the Q&A I attended with Codemasters and what we spoke about right here.