Since the very first game, Dead Rising has evolved and devolved in a number of ways. The series started as a self-aware, straight-faced comedy that let the players create their own amusement. Rarely did the characters question the absurdity they faced either in the hordes of zombies or the enemies that survived, and adopted that same madness.

Dead Rising 4 is a lot more blunt with its comedy. Frank West is wise-cracking and often found filling the bloodied air with one-liners. But with this decision to lean into the surreal nonsense that makes up one of gaming’s most recognizable zombie franchises. With Dead Rising 4’s release on PlayStation 4, Capcom have included all of the available DLC and aptly titled this edition Frank's Big Package. And if that name didn’t do anything for you, I can already tell you this isn’t the game for you this Christmas.

The vanilla game plays fine on PS4, with a truly staggering number of zombies on screen at once, decent loading times and a bunch of extra costumes. With the inclusion of Hard and Blackest Friday mode, you can enjoy the original game with more of a challenge, something that was sorely missing from the initial release. Having said that, Blackest Friday is annoyingly punishing to the point where even playing seemingly flawlessly still results in plenty of deaths. I’m sure die-hard fans of the series will take some masochistic pleasure in it, but for everyone else, I’d recommend Hard.

The most interesting parts of Frank's Big Package that the two large extras hidden under the main shaft of the game (pause for laugh). Frank Rising was an extra DLC episode released earlier in the year, while Capcom Heroes is releasing alongside Frank's Big Package making it new for all platforms. There’s also Super Ultra Dead Rising 4 Mini-Golf, there might be other adjectives to that title but it's hard to crack. It’s fun enough with some friends but with long loading times and it being a golf game, the original multiplayer mode is probably more fun. 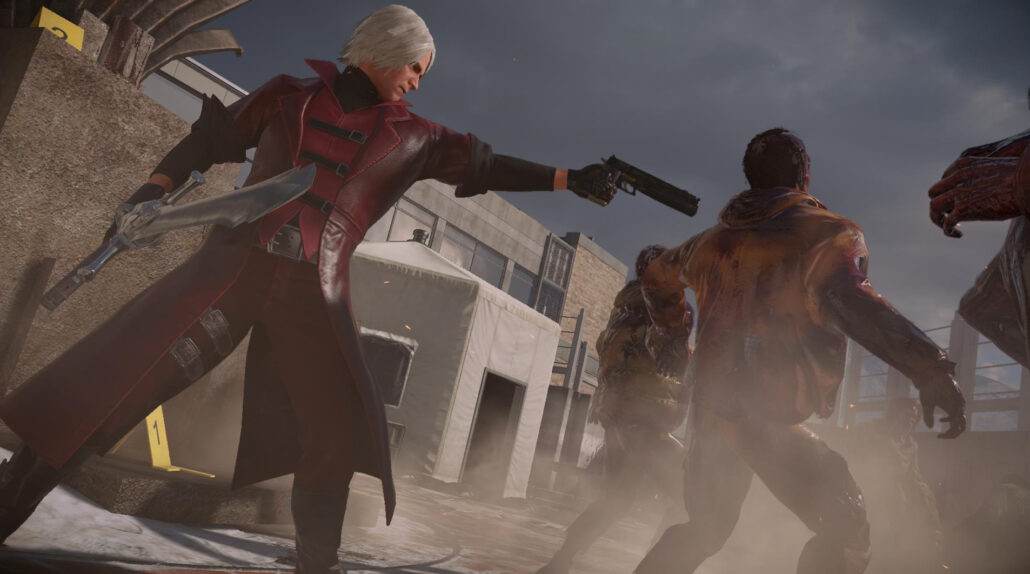 Frank Rising, on the other hand, is both a narrative departure from the series but mechanically much closer to the earlier games. One of the biggest points of criticism with Dead Rising 4 was the removal of the timed events that were one of the series’ trademarks since its inception. And while they only appear in this small DLC episode, they are a welcome return. Playing as a slowly zombifying Frank West, you have to search the familiar setting of Willamette for a cure and food. Despite the obviously darker tone, the same on-the-nose comedy is felt throughout the undead adventure. It’s a good change of pace from the main game and something that you can play without it feeling like more of the same.

The same cannot be said for Capcom Heroes in the longer run. However creative, in the end you are playing the main campaign once again. This time though, instead of carrying around weapons, you swap in famous Capcom characters and use their distinctive abilities to slaughter hundreds of zombies. Swinging swords as Dante from Devil May Cry, throw Fireballs as Ryu from Street Fighter or shoot lasers as MegaMan. Instead of balancing ammo and durability, each costume ability has cooldowns and an overall timer before the costume disappears. On harder difficulties, you’ll be planning time efficient routes but on normal it's just a high energy, frantic murder fest.

I really enjoyed my time with Capcom Heroes, but it followed the exact same trajectory of the story in Dead Rising 4: it was very repetitive. For someone coming back to the game after a while away, or someone who hasn’t played either mode yet, Capcom Heroes will surely be a great experience, but it's not something you can play simultaneously with the vanilla mode without getting bored.

All in all, there is a lot of content in Frank's Big Package. On top of an already hefty vanilla game with a huge map to explore, you’ve got the alternate Capcom Heroes, additional Frank Rising content and the multiplayer extras to boot. Amongst all of that, there are dozens of outfits to look ridiculous in, and the currently appropriate Christmas theme that dresses both zombies and survivors in amusingly silly outfits. 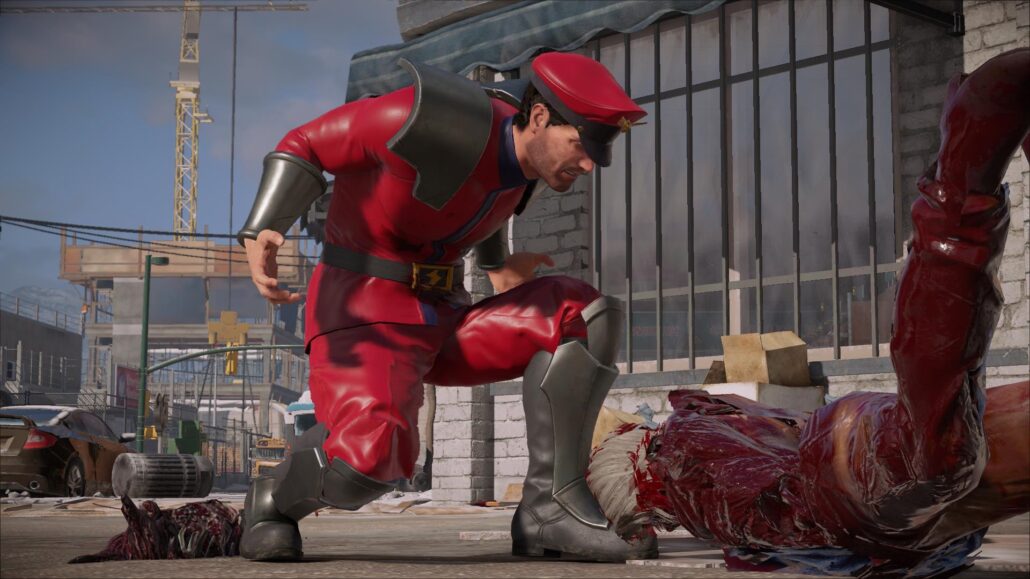 If you’re a fan of the series but missed the chance to play Dead Rising 4 last year, this is the ultimate collection of silly, over-the-top zombie killing to sink your teeth into, and a great example of how the studio worked to improve the game post-launch. It's still far from perfect, with simple action that doesn’t require much, unprecise controls that means you’ll be missing as often as you hit and the human maniacs still nowhere as interesting as they used to be.

But forgiving that, Frank's Big Package is something you can pull out and mindlessly play with for a few hours, giggling occasionally at the sheer outrageousness of the action or ridiculousness of the outfits available. Not to mention that there's a separate co-op mode where you can have lots of laughs with your friends.

Overcoming some fan criticism from last year's release, Dead Rising 4 Frank's Big Package is a celebration of how silly zombie killing can be. It still doesn't manage to be as good as the first Dead Rising, though.