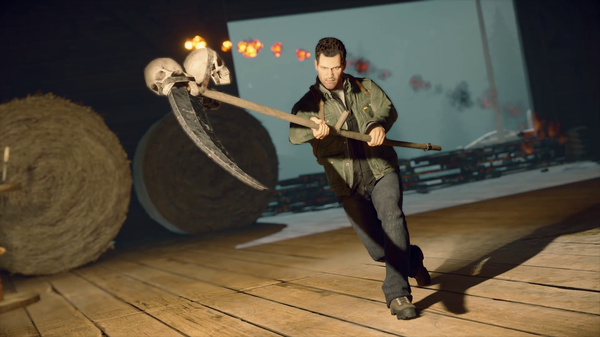 Dead Rising 4 wasn't quite the hit CAPCOM was hoping for. Even though Jorge enjoyed the game as a whole in his review, sales were far lower than expectations.

Moreover, fans expressed disappointment at certain gameplay elements. Now, with the developers hard at work on on the upcoming release of Dead Rising 4: Frank’s Big Package for the PlayStation 4, CAPCOM announced today that an update is coming with several improvements to Dead Rising 4.

Maniacs are human enemies that Frank encounters during the course of his investigation into what’s happening in Willamette. The development team has spent time making these encounters feel more meaningful and rewarding. Maniacs will have new weapons that suit their character and Frank’s reward for defeating a Maniac will be wielding the new weapon. The AI that drives the Maniacs is also being improved to provide players with an even greater challenge.

Some of the Maniacs will also have new Maniac Minions who will attack Frank, making these fights more difficult. Human enemy AI is being improved for all types, making them better at using cover, blocking attacks with shields, and countering players who might rely on a single attack.

While Dead Rising 4 always had human survivors in need of Frank West’s help, the development team is adding six memorable side missions that we’re calling Distress Calls. During Frank’s time in Willamette, he will have the opportunity to answer these Distress Calls and aid a survivor in a newly scripted mission, carrying out a quest for the survivor. Once he’s accomplished the assigned task, Frank will have to protect the survivor from the zombie hordes as they make their way to a safe location.

Each of these six all-new Distress Call missions will give players a unique variation on one of Frank’s outfits as a reward.

All owners of Dead Rising 4 will be receiving these gameplay improvements for free on December 5th along with the new game mode, Capcom Heroes. Dead Rising 4: Frank’s Big Package will be coming to the PlayStation 4 on December 5th and will be including these updates, Capcom Heroes and all previously released game content. It’s an update that’s not only going to give you something new to play in Dead Rising 4, but will also improve your experience playing it.