When Dead Rising first came out in 2006, we were hit with a bizarre hardcore hack 'n' slasher set in a mall filled with deadly zombies and murderous psychopaths.

Dead Rising 4 brings the series around to full circle with its original hero, Frank West. Mr. West has seen better days, that's for sure. After an investigation goes sideways, the once hero of Willamette becomes a fugitive from the law. The disgraced photojournalist is forced into hiding, teaching night classes and generally hating his life. A figure from the past offers Frank a chance at redemption if he goes back to where the zombie outbreak started, Willamette Mall.

Dead Rising 4 does a good job of balancing humor and seriousness by slightly changing Frank West's personality from goofy meathead to hardened cynic. Still, Frank only does whatever benefits himself and is always looking to land the ultimate scoop. Every person he runs into is a stepping stone to his success and in fact, Frank is pretty much a selfish jerk throughout the game. Combine this with the Christmas backdrop, and there are all the makings of a pretty enjoyable journey.

As a photographer, West uses his skills to investigate areas to figure out more about the outbreak. These are simple tasks which basically have you scan around an area for clues and take pictures. Speaking of pictures, I have to say that the game's ability to take selfies is by far my most favorite feature in Dead Rising 4. At any point, you can turn the camera and take a selfie with bonuses depending on how insane the pose is.

Zombism was thought to be dealt with after the events of Dead Rising 3. The world is inoculated and zombies are no longer a threat, or so we thought. Yet somehow a brand new outbreak has turned the citizens of Willamette, the location of the very first outbreak, into bloodthirsty zombies once again.

The biggest departure in Dead Rising 4 from the other games in the series is the removal of the time limit. Though veteran Dead Rising fans will say that the lack of a timer cuts any sense of urgency from the game, and to some extent it does, it also gives you something you never had before, time to explore and actually check what the world has to offer you (a lot, in Dead Rising 4).

Personally, I always found that the time limit never left much time to really sink my teeth into side missions and other distractions because I needed to be at a certain place at a certain time or risk. This would force the player to give up. This also seems to be why Capcom Vancouver made this choice.

Gone are the pesky escort missions where you needed to drag helpless survivors to a safe room and hoped they were able to hold their own. This time around, once you bail out a survivor they will reward you with some scrap, EXP and be on their merry way to the local safe house. Safe Houses are scattered throughout  Willamette. Here you can regroup, use your scrap at various item vendors and even use it as a shortcut to head back into the mall or the sewers. After a while, the shortcuts will become second nature and you'll cover a lot of ground and not waste too much time. You'll want to take advantage of these shortcuts because getting lost in Dead Rising 4 is one of its more frustrating issues.

As usual, safe houses are scattered throughout the whole town of Willamette. Here you can regroup, use your scrap at various item vendors and even use it as a shortcut to head back into the mall or the sewers. After a while, the shortcuts will become second nature and you'll cover a lot of ground without wasting too much time. You'll want to take advantage of these shortcuts, because getting lost in Dead Rising 4 can be quite frustrating.

And you will get lost trying to navigate its massive world. The size is impressive, easily making it the largest game world in the franchise. The mini-map offers no real guidance especially when you're driving. When on the road you can see the waypoint to your objective but the route itself isn't highlighted, unlike most modern open world games where players are given some sort of trail. It's easy to take a wrong turn or be forced to take a detour when a military checkpoint or other random blockades impede your progress.

It wouldn't be much of a Dead Rising game if we didn't talk about zombies and man, there are a bunch of them. Thousands upon thousands roam the streets and inside Willamette mall. For the most part, they are easy to kill or avoid since all they really do is just slowly shamble towards you. The 'Fresh' zombies are newly-turned undead that will sprint and leap after you with reckless abandon. 'Evolved' zombies are meaner, smarter foes that take more rounds to put down and more likely to give you the biggest challenge. And of course, you have the looters, military folk, and general crazies out causing trouble.

Now when coming across survivors, you just swoop in and clear out the zombies. A lot of Dead Rising 4's side missions mostly involve Frank going into places and clearing the undead tenants out.

You'll notice that Frank is well equipped with the know-how of creating insane zombie-slaying tools. He can still fashion ludicrous improvised weapons by combining two of whatever is lying around. Some popular weapon combos make a come back like the electric axe, exploding sledgehammer, and my personal favorite, the Ice Sword. There are also Holiday-themed weapons, like the NutCracker where you put on a toy soldier helmet that fires bullets. The best part is the Nutcracker theme plays as you mow down zombies.

If you're more of a fan of larger scale destruction, you'll be happy to see that vehicles combos are also back in Dead Rising 4. You haven't lived until you've driven the buggy armed with a machine gun turret. Every melee weapon now earns a finisher move after you chain together enough attacks. These devasting attacks can clear out groups of foes in no time.

One of the bigger improvements in Dead Rising 4 is that ranged weapons are now a more viable combat option. In some ways, maybe too viable. I made sure to always have a blambow (a crossbow that fires roman candles) in my inventory to handle any fight a baseball bat with saw blades couldn't handle. A powerful ranged weapon will often be your go-to for tougher fights against non-zombie enemies.

Dead Rising 4 has no shortage of firepower, but the introduction of the Exo-Suit gives Frank super-human strength that can let him kill zombies in one awesome punch for a limited amount of time. The Exo-Suit can gain added abilities by interacting with specific objects, like an ice cream machine turning you into Mr. Freeze. Or you can just pick up a concrete slab and do some damage. Realism be damned, this series has always been about finding the most cartoonish way of killing zombies.

The character progression offers you plenty of ways to customize your Frank West any way you see fit. After of couple, you become pretty unstoppable once you sink the right points in certain skill trees. Even you if you make some mistakes, you gain so many skill points that it's easy to recover. Unfortunately, this means that you can min-max your stats in a way that essentially make the rest of the game a cake walk. In my 20 hours of gameplay, I only died a handful of times mostly do for forgetting to bring healing items or not paying attention.

Dead Rising 4 ditches the standard story mode co-op for special four-player co-op episodes. These episodes offer a decent challenge that ramps up the difficulty at a pretty decent rate. Unfortunately, I had a lot of cases of players dropping out or a weird bug where the next rounded never loading up. I'm hoping that these issues will be cleared up shortly to provide a smoother co-op experience.

Dead Rising 4 ditches a lot of the series traditional trappings for a more polished and focused adventure that provides a chaotic, yet enjoyable zombie-slaying adventure. It's a Christmas story filled with intrigue, charm and most importantly, chainsaws.

Reviewed on Windows 10 PC (code provided by the publisher). Also available on Xbox One. 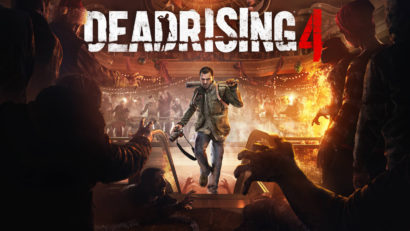 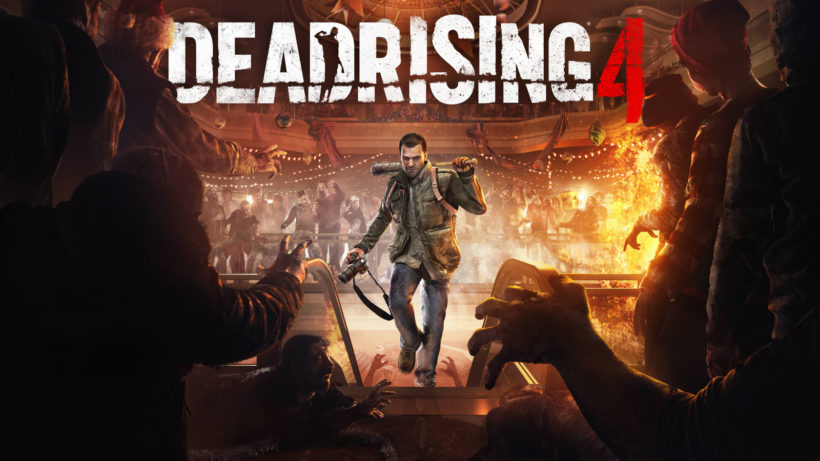 Dead Rising 4 completely streamlines a lot of core gameplay elements of the franchise while still remaining a sadistically fun game to play.