Daymare 1998 attempts to stroll through the old corridors of the 90s horror game without bringing any new idea, examining any tropes or improving any aspect of the game. While the graphics are better than the games Daymare tries to emulate, they don’t match up against the Resident Evil 2 remake, and they can’t disguise the boring gameplay, unimaginative story and wonky controls.

You play as some gruff soldier boy sent into a secret laboratory that - surprisingly absolutely no one - is being overrun reanimated corpses thanks to an experiment gone horribly wrong. The opening cutscene, filled with enough bad military jargon to make you think the script might have been written in the 90s, which I guess must be what they go for. It’s hard to tell if this is a deliberate homage to Resident Evils early days, or another casualty of poor scripting and acting. But either way, it’s more frustrating than humourous. You are a member of H.A.D.E.S and it's very clear they wanted to use that name and found some words to fit into it. Maybe S.T.A.R.S felt like that in the beginning, but it's uncomfortably bad. With age Resident Evil’s astonishingly bad dialogue and gaffs became funny, but at the time it was mainly just confusing.

The frustrations come thick and fast in Daymare though, and soon the terrible dialogue and unimaginative story will be the least of your worries, although the amount of pointlessly army buzzwords that get thrown around throughout the game is painfully high. As soon as you are given control of your latex gasmask wearing avatar, you’ll feel a strain in your hands. I was playing using an Xbox One controller but despite the ergonomic design of the gamepad, I was immediately forced to wrestle with the awkwardness of it.

There's a certain jerk in the movement that is incredibly hard to describe and yet extremely noticeable when you play the game. It makes even walking in a straight line feel like a herculean task. Once you’ve had about enough walking as your fingers and brain can handle, the game introduces combat, which is just as infuriating.

Enemies are slow and shuffling, but so are you, so its almost a fair fight. That is until you run out of ammo because each zombie takes multiple headshots to down and the game tries to make things tense by severely lacking any bullets to help in the fight. Most encounters quickly descend into kiting around the mob of zombies while demanding to the Gaming Gods to provide some ammo, if not for their skulls then for yours. Either way, at least it ends. 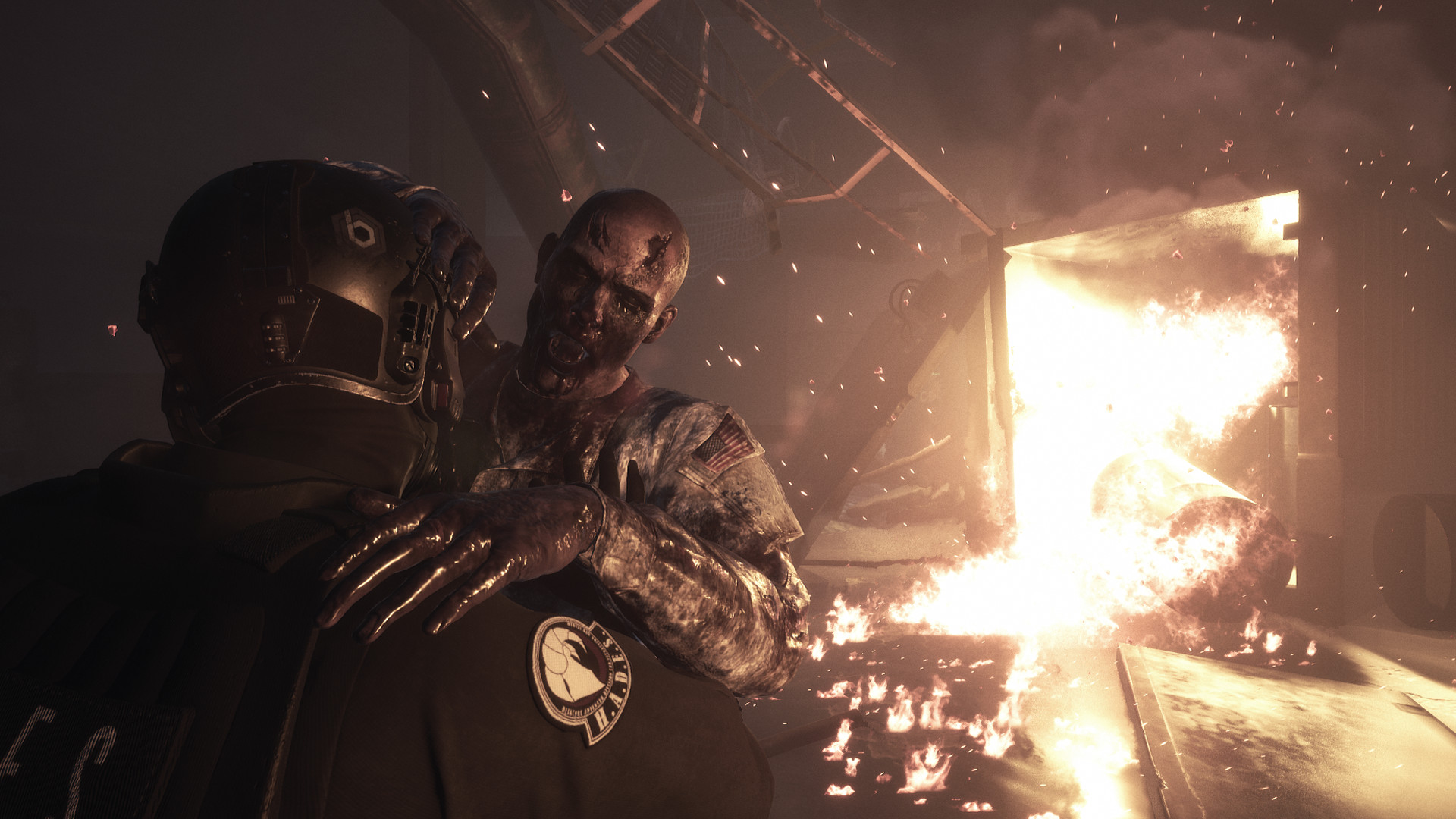 When you are needlessly slowly walking down corridors or doing battle with the least interesting enemies video games have to offer your solving puzzles, because of course there's puzzles in Daymare. The puzzles are boring, too. They don’t ever require any real problem solving and normally just have to crowbar the solution out of what you expect is probably the right answer.

Thankfully Daymare 1998 doesn’t force you to used fixed perspective and tank controls. With an over-the-shoulder camera you’ll at least not spend even more time in this game wandering into walls. And I was wrong early, there is one new thought the game has. Reloading in Daymare will have you dropping your magazine and any bullets left in it. It's almost a good idea, but it is so buried in tedium that I forgot about it almost immediately after discovering it.

There’s a belief that the 90s were a golden age of horror games and that everything done since then, every year marching away from that glorious past has been a terrible mistake. Games like the remake of the Resident Evil 2 reinforce the nostalgia goggles that people have of this time, when they were young and extremely easily pleased. I fear that the studio behind Daymare has these goggles permanently fixed over their eyes. The game stumbles awkwardly through its homages and blindly crashes into every horror trope that has been improved or removed in the subsequent two decades of learning and experimentation.

There isn’t an original idea in Daymare 1998, nothing that makes adds any improvement to the games it emulates. It doesn't examine any of the mechanics that it lifted from the past and you’re left wondering how anyone had fun with these even two decades ago. Daymare is so unconsidered that it retroactively makes games like Resident Evil worse.

Review code provided by the publisher. You can get the game on Steam.

Daymare 1998 is meant to be a blast from the past but all it really does is destroy your old memories of those 90s horror games you played so long ago.