Resident Evil 7 kind of snuck up on survival horror fans. Many of us feared Resident Evil had permanently lost its mojo following a string of disappointing entries, but Capcom proved there was blood left in the horror franchise’s veins with their gutsy sequel. So, how is Capcom following up the surprise success of RE7? With a remake of Resident Evil 2, which celebrated its 20th birthday last year.

At first blush, redoing Resident Evil 2 seems like a smart move. The game’s an undisputed classic and fans have been pleading for a remake for years. That said, Resident Evil is arguably at its best when it tries new things, so is this the right time to be rehashing the past? Does Resident Evil 2 hold up in 2019 or has this survival horror staple gone stale? Stock up on green herbs, it’s time to return to Raccoon City… 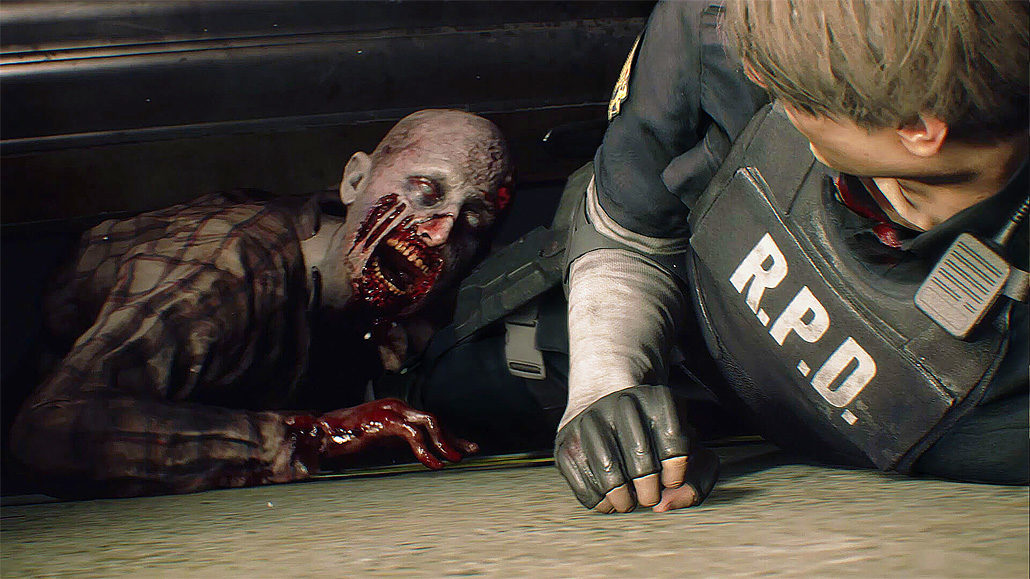 If you’re at all into horror games, or old enough to have owned an OG PlayStation, you probably know Resident Evil 2’s story by heart. Leon Kennedy is a Raccoon City rookie cop destined to have really bad first day at work, while Claire Redfield is a college student searching for her brother Chris Redfield, who disappeared following the events of the first Resident Evil. Upon arriving in Raccoon City, Leon and Claire discover the town is overrun with the undead and take refuge in the city’s weirdly-ornate police station. The two are quickly separated, with Leon wrangling with a giant alligator and femme fatale Ada Wong, while Claire takes on a twisted police chief and the role of surrogate mom when she stumbles across a  precocious 12-year-old named Sherry. Capcom doesn’t mess around with Resident Evil 2’s story much, although some of the more thankless roles have been expanded. Ada gets a bit more love this time around and Annette Birkin is portrayed in a far more nuanced way. Oh, and Chief Irons, a C-level villain at best in the original game, is now a complete bastard. 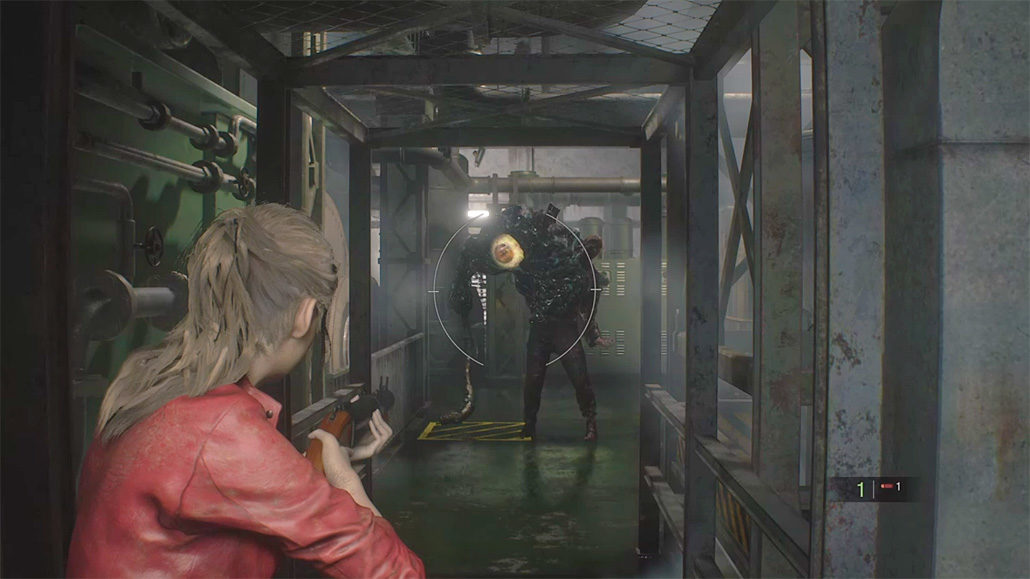 The game’s controls and mechanics are a mashup of classic and modern. The game utilizes an over-the-shoulder camera, but Leon and Claire aren’t particularly quick or athletic. Don’t expect to be dashing around spin-kicking zombies in the face ala Resident Evil 4. Usually the controls aren’t a distraction, as Resident Evil 2 is meant to be a slower, more atmospheric experience, but some of the more action-heavy boss fights will make you wish Leon and Claire would get the lead out of their asses. Limited inventory space and item swapping also make a return, which is what it is. At least you don’t need to collect ink ribbons to save the game anymore. 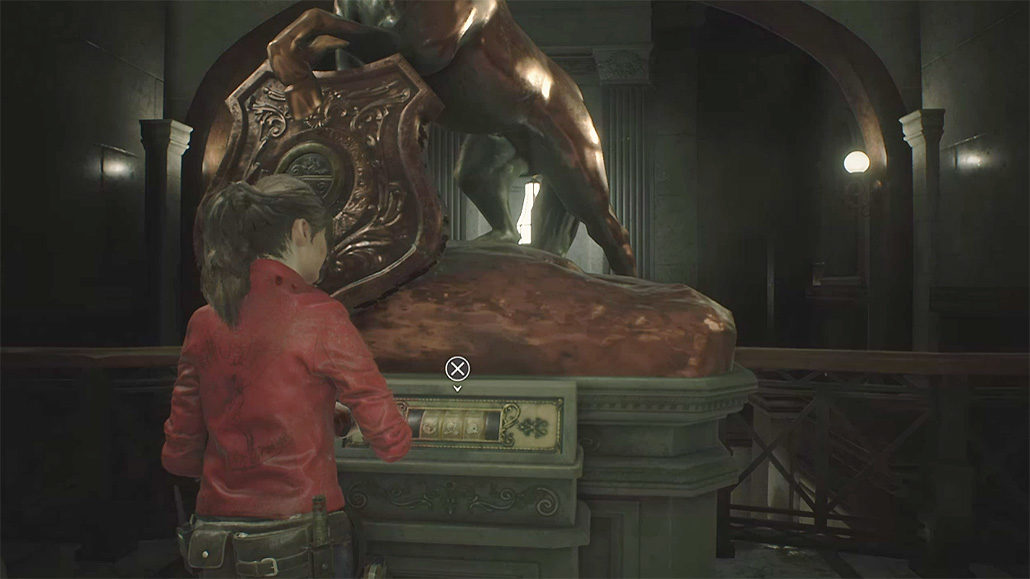 Big picture, Resident Evil 2’s campaign progresses as it always has, although innumerable tweaks both big and small have been made. The changes start out fairly conservative, with the police station feeling fairly familiar. Which is to say, you’ll be doing a lot of running around in circles, unlocking doors, and collecting a vast array of arcane trinkets. Surprisingly, Capcom has actually dialed back the pace of the game’s opening chapters, revealing plot points and new enemies more gradually (it takes quite a bit longer to meet your first licker this time around). I appreciate the restraint and prefer it to the hyperactivity of games like Resident Evil 6, but the game almost verges on too slow early on.

Puzzle design remains old-school, arguably to a fault, with a lot of stuff not making much sense in context. Why am I killing myself collecting parts for a bomb to destroy a flimsy wooden barrier when I’m carrying a grenade launcher? Why won’t my character cross an easily-jumpable gap in a walkway unless I place a bookcase precisely under it? Resident Evil 2 does serve up a few decent brainteasers, but this kind of tortured adventure game logic already felt a bit dated in 1998. It’s downright archaic in 2019. 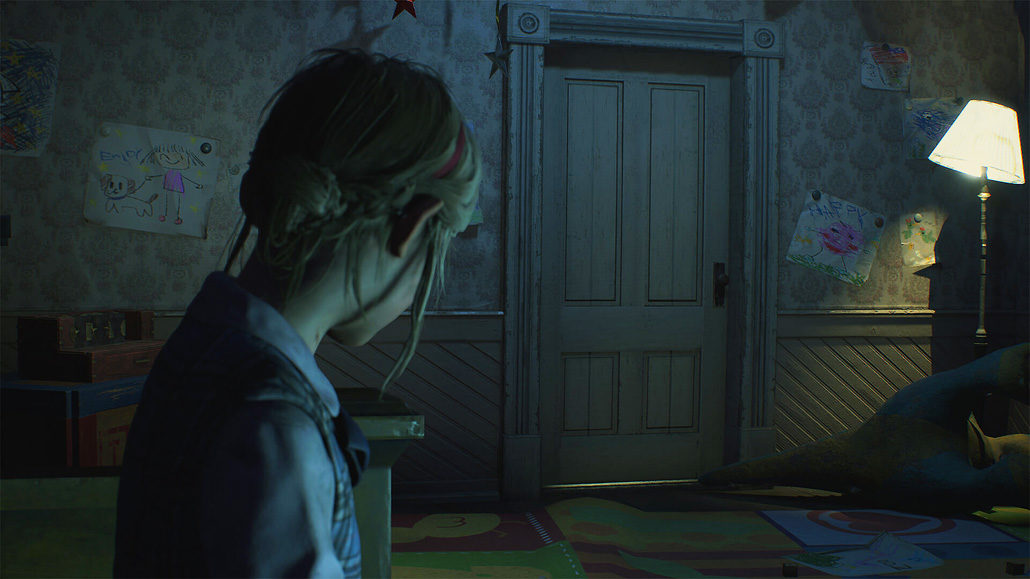 As you progress deeper into Resident Evil 2, the changes Capcom has made become more noticeable. The section where you play as Ada is more involved and Sherry gets an entire new scenario – a fun cat-and-mouse game with Chief Irons in an abandoned orphanage that feels very much in the spirit of Resident Evil 7. The game’s later sewer and lab areas have also received significant revamps, including the addition of some nasty new enemy types. I used to find these later parts of the game a bit monotonous, the extra bits you blitzed through after finishing with the police station, but I actually thought they were the best parts of the remake. It makes me wish Capcom had taken a few more risks with the first half of the game. But perhaps I’m being a bit picky – Resident Evil 2’s campaign was, and is, a beautifully structured thing, and it was smart of Capcom to focus on improving the game’s weakest areas. They didn’t change the police station much, because it largely didn’t need changing. 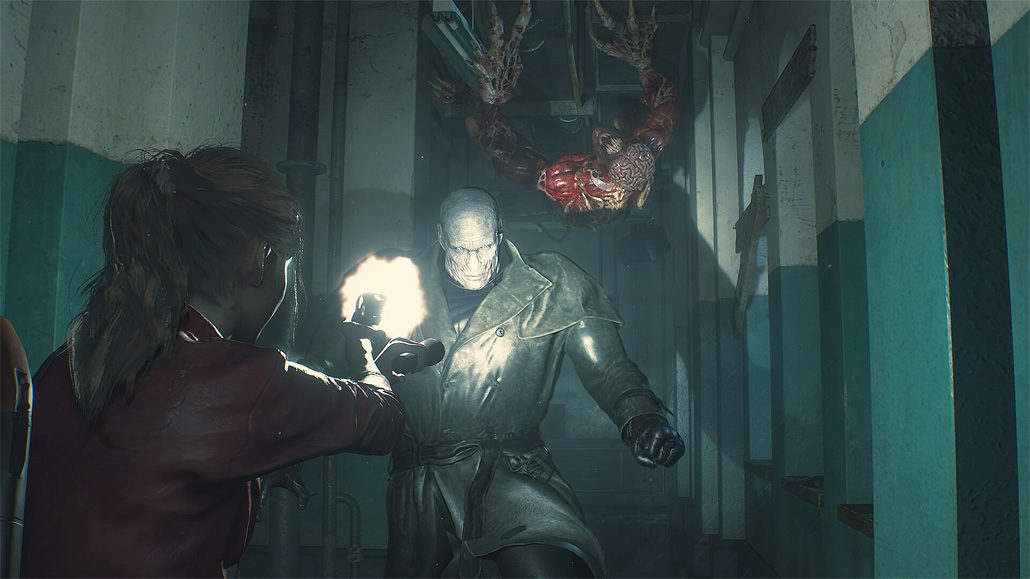 While I had a few minor issues with Resident Evil 2’s level design, I loved what Capcom’s done with the game’s enemies. Zombies are now truly intimidating – gurgling monstrosities who will get up after being shot down multiple times and break down doors to chomp on your neck. Lickers are now properly-agile bastards who can attack you from the walls or ceiling. And wait until you meet the new version of the Nemesis-like “Mr. X” Tyrant. There’s nowhere to hide from this guy.

The horrors of Resident Evil 2 are elevated by the game’s top-notch visuals. Environments are densely detailed, lighting effects are impressive, characters are wonderfully expressive, and the game’s violence packs a vicious punch. Shooting zombies results in accurate entry and exit wounds, accompanied by gloriously gooey sprays of gore and rotten flesh. It may feel like a slightly unseemly thing to compliment a game for, but there’s a certain art to over-the-top horror violence, and Resident Evil 2 takes it to a new level. 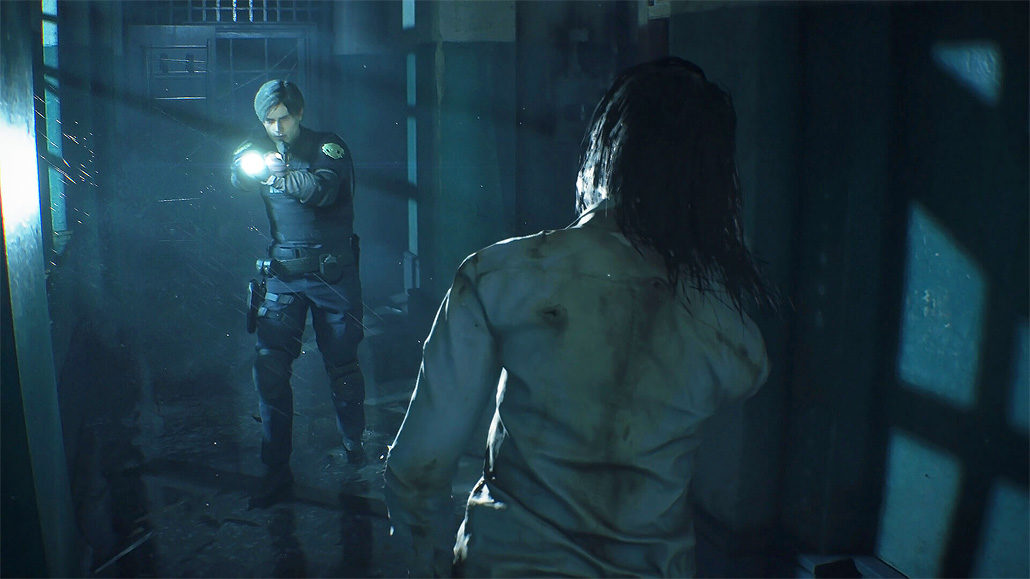 Depending on how adept you are at navigating Resident Evil 2’s puzzles and twisted map, your first playthrough should take around 8 to 12 hours. Of course, Leon and Claire both have their own unique stories, and, much like the original game, once you beat the game with one character you can take on a “2nd Run” with the other. Oh, and don’t forget, Hunk and Tofu are in the game, too! If you’re dedicated to seeing and doing it all, expect to spend upwards of 30 hours as a resident of Raccoon City.