From moment one, The Ringed City wants you to know you’re not welcome here. The ancient city has clearly survived for eons, cultivating its own unique culture, and its own unique set of horrors. Deformed, beastly men still talk with a calm, sullen voice, one that embraces the end instead of avoids it, and Judicators sit and watch, summoning their firing squad should any undead ash march their way.

It’s fitting that this is possibly the last we’ll see of Dark Souls, for in The Ringed City itself rests the titular and potentially most important item in the whole series – the Dark Soul of Man. The Ringed City isn’t just another random area thrown into the mix, another place for Souls fans to suffer through – unlike Ariandel, The Ringed City feels as important to the Dark Souls series as the bonfires that litter the world. This is the place that has caused as much of the suffering in Lordran and Lothric as anywhere else, and this is the place where you put it to an end. 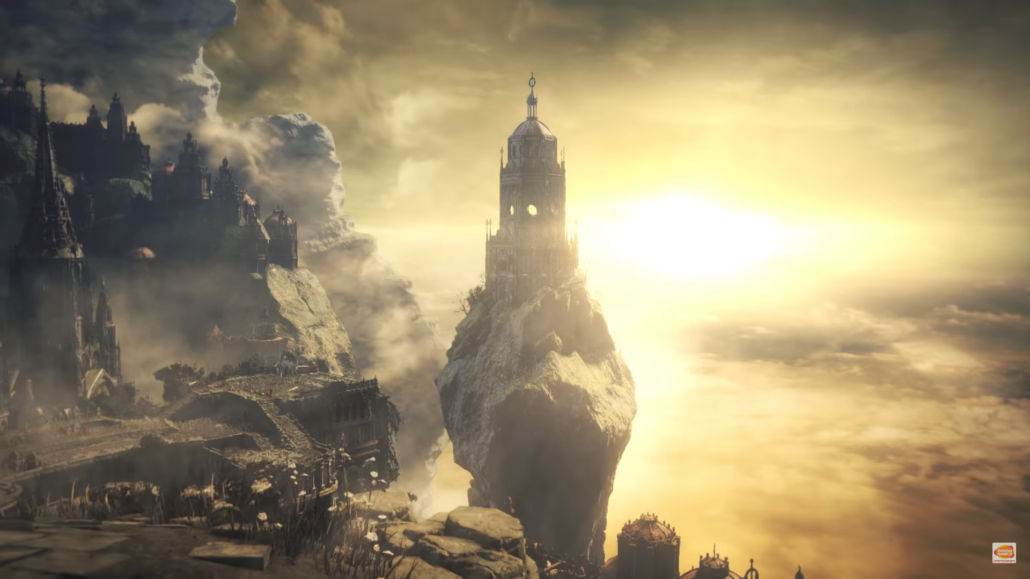 From a distance, The Ringed City feels more like a Bloodborne area than anything from the Souls series. Spires and rooftops are all that is visible when the city comes into view – a chaotic domain where buildings are piled atop one another. Like Bloodborne, this civilization can’t stop building upwards, and like Bloodborne, the streets are rife with peril.

The Ringed City feels, throughout, like an end point to Dark Souls – which is actually quite odd, when I think about it. The Darksign, the burning circular sigil present since the first Dark Souls, is more important here than ever. Knights bear it upon their armor as it burns them, civilians wither and hollow with pride and no desire to reverse it, and even those with enough sense to still talk speak either in convoluted riddles that you must decipher, or they hark back to ancient Gods, ones we dethroned ourselves earlier in the series.

Everything in Dark Souls feels as if it originates from here. The Ringed City is not just an end point for the series, but what is left of the origins, too. The furtive pygmy hid away the Dark Soul in the first game in the series, and upon that he built his own kingdom, one where the darkness and encroaching abyss was allowed to take hold. 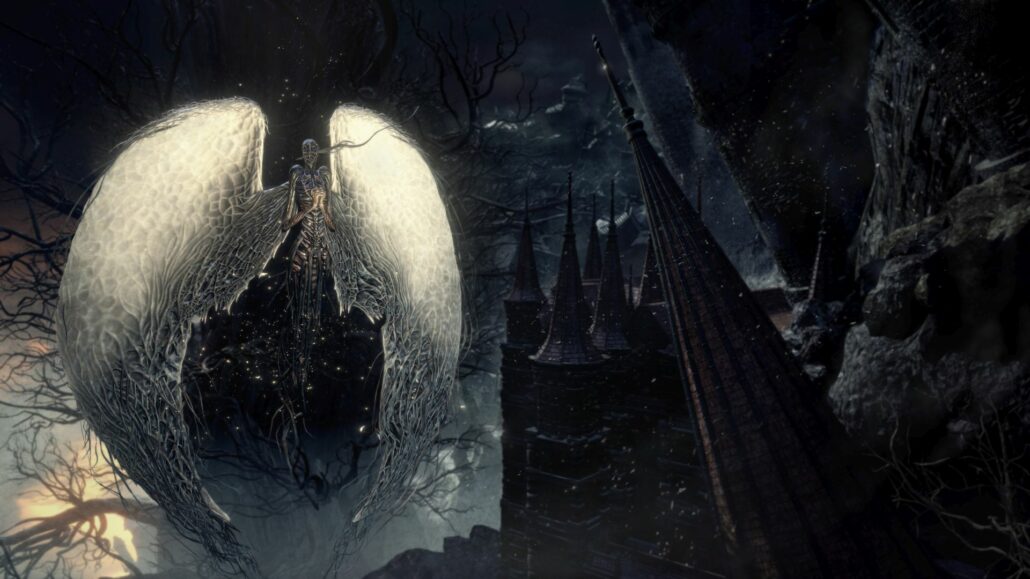 Entering the city is difficult enough, and once you’re there it feels like almost everyone is against you. The hooded and monstrous creatures that inhabit Londor won’t give you a chance to walk around peacefully, and the fact that some of them are dripping with curse is proof enough that they’ve been stagnating, rotting, waiting for the world to be reborn.

Architecturally – graphically – The Ringed City is beautiful. There’s plenty of moments to sit back and drink it all in, and the city sitting on the precipice of world’s end is breathtaking. It feels like little else in the Dark Souls series – apart from perhaps Lothric castle itself – but much more intimidating. The confined corridors do eventually give way to a wide-open swamp, though whether or not that’s an improvement is up for debate.

But unlike most places in Dark Souls, in The Ringed City, you feel like an invader. It feels like you struggled to get past the guards which stood at the entrance, and the first bonfire inside the city feels like a real achievement – and it only gets more intense from there. 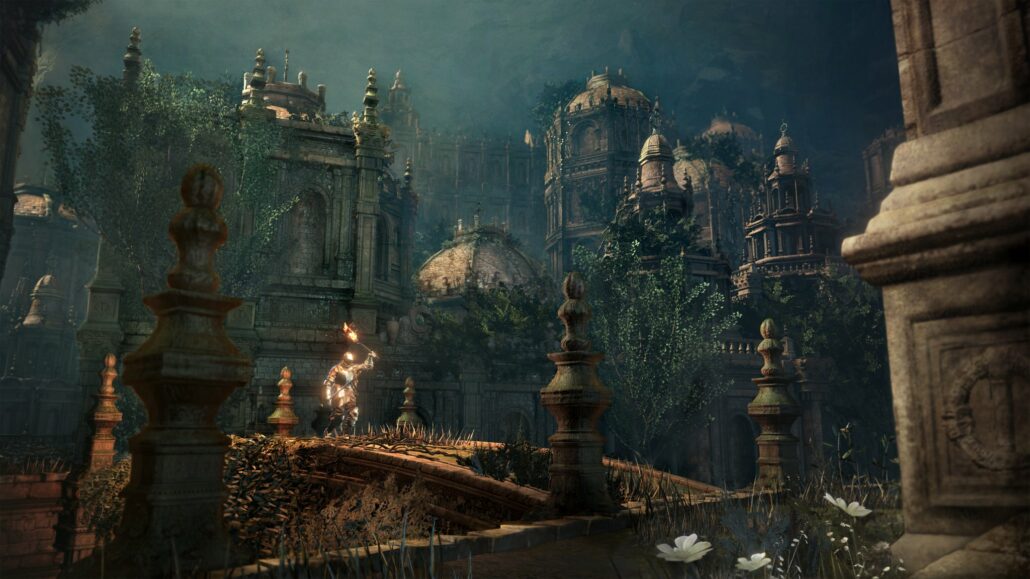 We’ve mentioned the violent knights bearing the Darksign upon their chests – these guys do not want you freely wandering their city. Then there are giants with heads swallowed by the abyss itself, citizens turned into hobbled assassins, waiting behind corners to trap and attack you. But what might be most surprising about The Ringed City is that so much of it feels so new. Obviously, it’s a whole new area, but enemies and situations don’t feel copied from anywhere else in the series. A Judicator which summons a ghostly firing squad is quite unlike any other enemy I’ve seen in the series – the same can be said for the grotesque, fat giants with heads swallowed by the abyss, and the turtle-like casters which crawl on all fours. Londor is unique, even in the catastrophic world of Dark Souls, for being a city that has adapted to and lives alongside the dark, which is perhaps why, despite seemingly overrun with hollows, The Ringed City still looks almost immaculate. Rubble doesn’t crowd every doorway, instead, neat statues, flowers, gardens… The city is still alive yet, proven by the fact that plants and vines crawl around every statue and pathway, ready to embrace the end.

The Ringed City is one of the darkest, miserable, and yet most hopeful places in the Dark Souls mythos. Surviving it will be a stark challenge, but if anyone can overcome it, the unkindled ash can, and that ash can finally take hold of the Dark Soul of Man.

Reviewed on PC (code provided by the publisher). You can buy the game on PlayStation 4 and Xbox One digitally via Amazon.

The Ringed City is possibly the best DLC of the series - Bloodborne's Old Hunters included. It's challenging, intriguing and mysterious, like a good entry in the Souls series should be, but takes all of those factors to the max. A wonderful conclusion to the series, but we can't help but want more...