Namco Bandai has released the lasted Dark Souls to the world in the form of Dark Souls 3 (you can read our review here, in case you haven't already). The game is set to run at at 60fps cap on the PC. The basic system requirements aren’t anything to run off a newcomer to the series, but what about those who want to crank the settings at 1080P, 1440P, and 4K?

Before we jump into the benchmarks we wanted to take a moment to share with the visual differences between the settings with these 4K screenshots, so you have an idea of the visual impact these settings have on the game.

Our Haswell based test bench:

Here's a list of the graphics cards used in this GPU performance comparison below. For Radeon we used Crimson 16.4.1 and for Geforce we used Geforce 364.72 drivers. 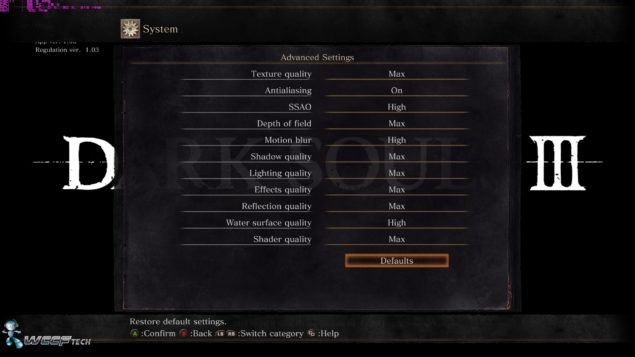 In this video we show the course used for these benchmarks, so you can see just how we got our results. We ran the course three times with each GPU and took the averages of both minimums and average FPS to gather our final results.

We first tested 1080P and only included the R9 380 and GTX 960 for this test as all the other GPUs in the lineup kept the frame rate at its locked 60fps. 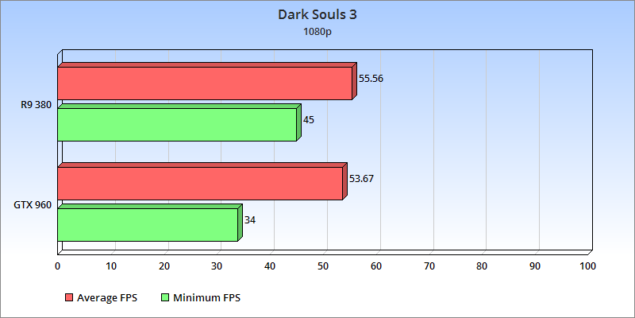 This is where things become interesting; we included all of the video cards in our lineup in this test. 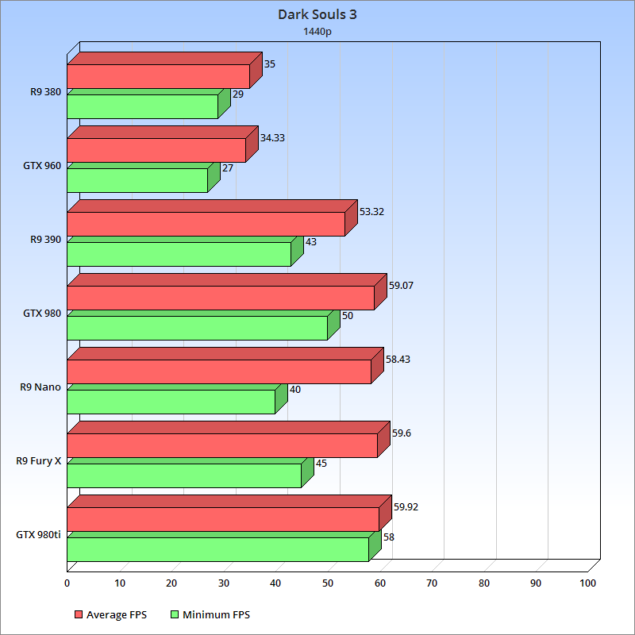 For our last test we dropped the R9 380 and GTX 960 from these comparisons as neither card is suitable for 4K gaming with this title. 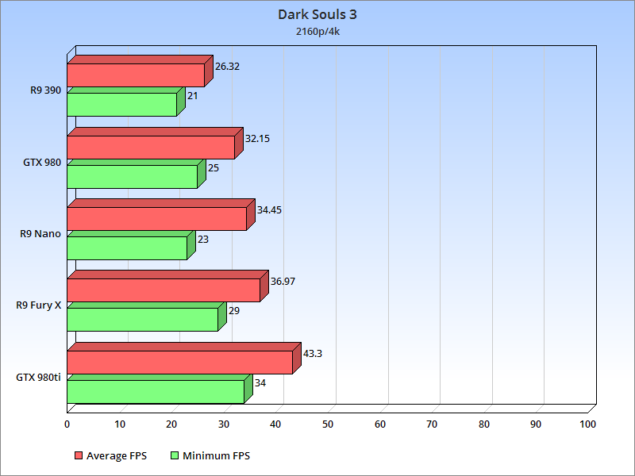 It was definitely a breath of fresh air to have been able to work through these benchmarks.  In the end AMD walks away with a mid range victory here with the R9 380 edging out the GTX 960 in both 1080p and 1440p.  Even though we do not have a GTX 970 on hand, it’s fair to say that the R9 390 holds up very well even when compared to its heavier weight opponent the GTX 980.  But it’s in the high end segment that NVIDIA walks away with the crown as the GTX 980ti holds a healthy lead over the R9 Fury X, allowing for nearly constant 60fps at 1440p and arguably playable at 4k with the settings maxed out.