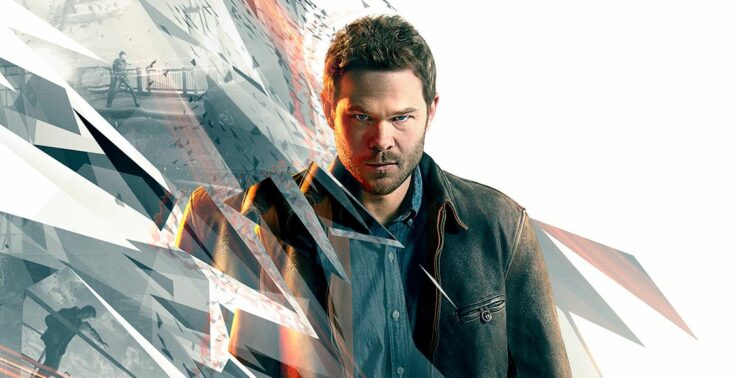 Remedy Entertainment released their big cross-media project this year, called Quantum Break. Intersecting a TV show with renowned stars like Aidan Gillen and a game proved to be rather problematic, though, which led to Quantum Break getting worse reception (and possibly sales) than Remedy's previous title, Alan Wake.

In a huge interview just posted on Polygon, Game Director Mikael Kasurinen revealed some details on what didn't work in that game. He mentioned that it was a concept Remedy had been thinking about for a long time, but they ultimately learned that it wasn't easy to combine the active nature of a game with the passive one of a TV show.

Kasurinen also mentioned that looking back, both Alan Wake and Quantum Break could have been better if they were less linear. This seems to be the way Remedy Entertainment will take going forward.

If you go back and look at Alan Wake ten years ago you could see us talking about it about how we dabbled with the idea of driving around in a car in an open environment. You could see even then that desire to go in that direction.

One way to tell a story is to create a rich world you can get to explore. When you look back at Alan Wake and Quantum Break, you can see we spent a lot of time looking at the shape of those worlds, the cities, towns, neat characters, maps. We spent a lot of time in crafting those universes, if you will. The gameplay is actually a linear story through those amazing, complicated worlds. In one way, it’s a bit of a lost opportunity.

I think they could have been bigger [games] easily. Alan Wake had a long history of development, but it was through years of events that it took the shape it took. A lot of concepts were created through that journey. It felt like there was this world of concept and complex storyline that was left aside. The key point that we learned from that experience is that the world building we do needs to connect with the gameplay. Gameplay needs to enable organic experiences and interactions with the world.

We still want to create strong worlds, but the game should be crafted in such a way that allows this exploration.

Besides the open world fashion, Remedy is also very much interested in multiplayer games as we reported some time ago.

Kasurinen explained Remedy's approach with their next game (codenamed Project 7) and the ones after that.

The game is cooperative. That fits within the theme of the game we are creating and supports it, makes it even stronger. This is our first step toward shared experiences between players.

The games coming after this game will feature bigger multiplayer than this.

We announced earlier that we are exploring multiplayer elements for our future games, but that doesn’t mean those games wouldn’t have a strong narrative. Like Mikael explained, I feel that co-op offers interesting opportunities for storytelling in games. Also, the multiplayer is part of the long-term exploration we’re doing, not the main focus of the games in the making right now.

What do you think about Remedy's decision to add open world and cooperative multiplayer elements to their future projects? Let us know below.