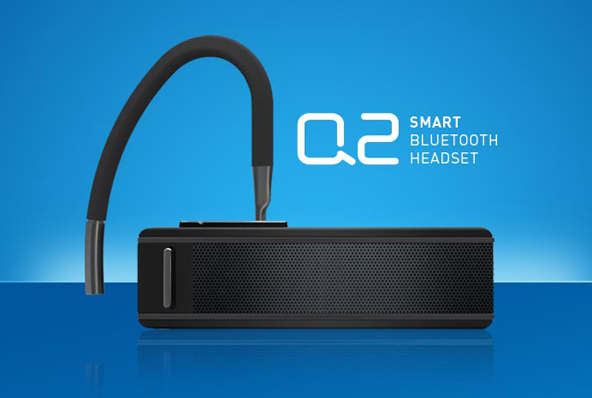 There comes a time when one requires to have a fine looking wireless bluetooth headset which not only speaks of it finesse but can also perform as good as it looks. Today we are reviewing BlueAnt's top of the line wireless bluetooth headset, The BlueAnt Q2. The company calls this headset "The Smart Bluetooth Headset", which is actually true and we are here to tell you why.

The BlueAnt Q2 comes in a very stylish elongated rectangle box showcasing the headset on top through a clear 360 degree view plastic. The box itself is smaller than the T1 box but it holds almost all the same accessories as the T1. What you will find in the box are:

The important thing to note here is that everything BlueAnt produces is of high quality but with Q2 they have gone a step further. The Ear Hook is aluminum covered with rubber for firm grip and is detachable. The Ear Gels are of various sizes to best fit your ear and in addition to the USB cable and charger, you also get a carrying pouch/case (fabric) which gives additional safety to the headset from scratches in the pocket or your bag.

On the looks front, as I have mentioned earlier as well, it is a very stylish and sleek looking headset shouting of its superior quality. With an arched design, the Q2 has dedicated buttons for features like volume control and turning the device on or off. There is however a Multi Function Button (MFB) which not only provides regular answering or disconnecting call feature but also works for all voice enabled features like voice dialing or voice to text through the Android app.

This is the part where the review gets interesting. The Q2 boasts not only standard BlueAnt headset features but the company has added more to the successor of Q1 bluetooth headset. The most noted features of the headset are:

The best features which I used the most were Android app for text to speech plus text reader and voice controlled answering. It was amazing to see how easily Q2 provided me comfort and ease for taking or answering calls while driving or even while working on my computer when both my hands are busy using the keyboard. I will cover the features in detail in my test in the later part of this review. 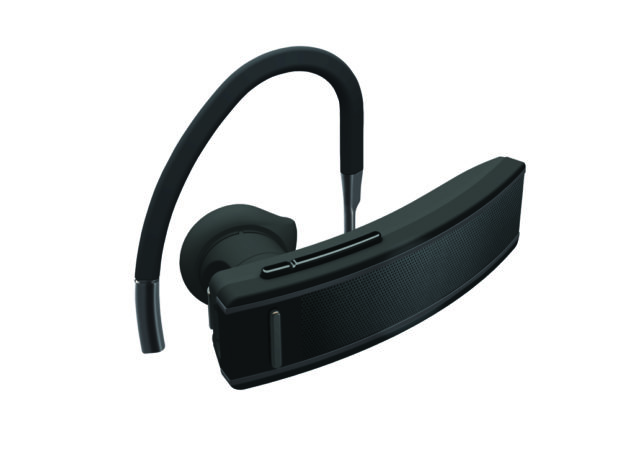 The setup of BlueAnt Q2 headset was a breeze, just like T1 was setup. The built-in voice aided setup was activated as soon as I turned on the headset and it guided me through the entire process (not that I needed it but a feature every bluetooth headset must have). Once connected, the Q2 attempted to transfer my phone-book from phone to its own memory so that when a call comes in and it is from someone from my phone-book, the Q2 could announce the name to me. It did not work entirely well on the T1 but with Q2 the recognition of the incoming call was pretty much spot on. Although at times it is difficult to understand the name as the voice within the headset is more of computer generated than a human voice.

One feature I loved in both T1 and Q1, which I presume is now standard in all BlueAnt headsets, is when the headset is connected to the phone it announces which phone it is connected to, in my case it was HTC Desire.

The Q2 bluetooth headset's unique selling point is its clarity and loudness of voice along with exceptional noise cancellation capability. Unlike the T1, I did not put this device to the tests like rolled down windows and doing a high speed chase sequence but I did test it thoroughly through various noisy locations like my kid's school, a Chinese restaurant, market place, outdoor sports event, university halls, cinema and of course while driving.

In all the tests the Q2 performed exceptionally well with clear voice coming in from the other side and vice versa. There were a couple of times when the handset showed a little sign of crackling voice but that was due to the lower signal strength. Also in cinema, while the movie was on, the person on the other side has a little trouble hearing my voice clearly due to high volume of the movie as well as people talking around (yes they were a pain).

On the outdoor front, this is hands down one of the top bluetooth headsets I have used so far, at par with T1 and superior to all the rest. However, there were a few times when I did have to press it against my ear while walking as the headset came a little lose as I was walking at a faster than normal pace. Other than that I did not find any flaw with this headset.

I tested it while setting it up with my E72 as well and it worked like a charm.

Lastly, I tested the voice commands and honestly speaking, I was impressed but then again its not my cup of tea as I am fairly old fashioned and believe and looking at the number I'm dialing before making a call. I did however loved the "Answer" and "Ignore" voice feature, which is a life-line if you are way too busy, like me, either typing on the keyboard or driving.

I would like to highlight a few downers to this headset too, as there is nothing as perfect in this world. Following pointers will highlight the negatives of BlueAnt's Q2 Bluetooth headset:

BlueAnt is a company which specializes in manufacturing world class Bluetooth hands-free devices and Q2 is no exception. From the very first moment you take the Q2 bluetooth headset in your hands you feel the special attention given to details in making of this device. From the very moment you turn it on, you will be impressed on how BlueAnt has thought of everything you would need to set it up and start using it.