Ubisoft has always supported the main entries in the Assassin's Creed series rather well, with only a few exceptions. Still, there's no denying that the European publisher has gone the extra mile with Assassin's Creed Valhalla. Since its release in late 2020, the game has received plenty of additional content via free updates and paid DLC expansions. The game is set to become even bigger this year with plenty of new content, starting with the Dawn of Ragnarok expansion.

Unlike the Wrath of the Druids and Siege of Paris expansions, which expanded Eivor's story and sent them to new adventures in Ireland and Frankia, Dawn of Ragnarok expands what is probably the worst storyline of the base game: the story of Havi, a.k.a Odin, the Allfather and lord of the Aesir. And while fatigue has set in at this point, after over one hundred hours with the game, the expansion does a decent job at providing a good story filled with colorful characters, new side activities, and new gameplay mechanics that spice up the experience.

The Crew 3 Will Be Called Motorfest, Datamined Information Confirms

While Dawn of Ragnarok is indeed the continuation of a storyline seen in the base game, it feels more like a standalone experience at times. Players can either start the new adventure using an existing save or as a brand new game, which will lock them out of the rest of the base game content and the other two expansions. Players whose Power Level is not enough to take on the many enemies found in Svartalfheim will also be offered to be boosted, receiving some high-quality items that will make it possible for them to survive the first few enemy encounters. Additionally, it is not required to complete the base game's Havi storyline, although it is recommended due to story reasons. All these options are extremely welcome and allow players to delve into Dawn of Ragnarok as soon as the expansion releases, no matter their current progress in the main campaign.

The events of Dawn of Ragnarok follow, as already mentioned, those of the Havi questline. Surtr has moved from Muspelheim with his armies, conquering Svartalfheim, the realm of the Dwarves, and kidnapping Baldr, Odin's beloved son. Journeying to the realm of the Dwarves with Frigg, Odin attempts to rescue the kidnapped god and stop Surtr once and for all, only to be defeated by the Fire Giant. This isn't the end for the lord of the Aesir, however, as two dwarves save the god's life, who then becomes even more determined to save Baldr, not knowing all this will set Ragnarok in motion, the dreaded Twilight of the Gods that will destroy the Nine Realms.

The Dawn of Ragnarok story is definitely more interesting than that seen in the Siege of Paris expansion, as it tries to move away from the same story beats that we have seen in other arcs. It does take some liberties here and there when it comes to following Norse mythology, but that is to be expected, considering most of what we know of it comes from works that have been created years after the end of the Viking Age, and they sometimes contradict one another. Characters are alright for the most part, even though not many receive enough development, and they tend to be a little predictable. The gods behave as one would expect, and so do the many dwarves you will meet on your journey in Svartalfheim. Everything is pretty much in line with the rest of the Valhalla experience, so no one will be truly surprised by what they will experience in this expansion. A nice touch, which improves immersion a bit, are the simple text sequences that further develop Odin's relationship with Baldr, providing new details on the world.

Assassin's Creed Valhalla: Dawn of Ragnarok may not feel all that fresh when it comes to story, but it is undeniable that some of the new mechanics introduced in the expansion help make the gameplay feel different from that of the base game and the previous expansions. While you will still be traversing a decently sized map in search of main quests and side activities to complete, how you go on about doing so has changed slightly. The main story arcs begin inside Dwarven Shelters. To reach them, Odin will have to search for clues left by the dwarves in the proximity of the shelters themselves, something that makes exploration a little more rewarding than just going from one quest marker to another marker.

Another excellent addition to the gameplay formula is the Hugr-Rip, an artifact that allows Odin to take the enemies' power and use it when needed. The artifact can only hold two powers at a time, so there will be times when players will have to choose which power is best suited for what they may be facing ahead. Among the five powers in the game is the ability to turn into a Muspel temporarily, which makes it possible to infiltrate hostile areas more easily, make some NPCs reveal information that they would not give otherwise, the ability to turn into a raven, which makes it easier to reach certain areas, and the power of Jotunheim, which allows Odin to use the World Knots to teleport to select locations. All Hugr-Rip powers can be further enhanced for increased duration and additional effects.

Most Hugr-Rip powers also have a combat application, although they are not exactly game-changing. Combat itself hasn't changed much over the base game and the previous expansions, although there is a new weapon type, the Atgeir, which can unleash a different heavy attack depending on when the dedicated button is pressed during a combo. The enemy design hasn't changed much either, as regular enemies don't feel much different from those seen in the game. On the other hand, bosses are slightly more creative, and a few of them can be quite a challenge, even at the Normal difficulty setting, such as Surtr's children Eysa and Glod.

Like combat, quest design hasn't changed a lot, but a few choice tweaks make Dawn of Ragnarok feel slightly different, such as new puzzles, some of them requiring Odin's powers to solve. Stealth is now somewhat more important than in the main game since Surtr's wife Sinmara may be summoned at any time if the player is discovered by the enemy and fails at killing the enemies that are summoning the Fire Giantess. Sinmara is extremely powerful, so avoiding any useless confrontation with her is pretty important.

The expansion also features plenty of side activities which can be roughly divided into reskinned activities and brand new ones. To the latter category belong Mythical Memories which provide more info on Isu lore and the combat-focused Valkyrie Arena, while to the former the Sinmara's Chosen, a new take on the Order of the Ancient's mechanics that rewards players with a very nice weapon, World Events that lead to the meeting of some colorful characters, and the usual array of cosmetics blueprints, treasure, and extra abilities and raids that provide players with the items needed to upgrade the Hugr-Rip and other new times.

And it's here that lies the most significant issue in Dawn of Ragnarok. Even with all the tweaks and light changes, Dawn of Ragnarok feels too much like the base Assassin's Creed Valhalla, which is definitely not a good thing, a hundred hours and more into the game. Fatigue already started to set in with the Siege of Paris, and the new expansion not attempting anything bolder doesn't help things. Additionally, there have been plenty of excellent open-world games released since late 2020, and many of them, like the newly released Elden Ring and Horizon Forbidden West, do a lot of things better than base Valhalla did, in my opinion, like exploration, sense of adventure, and combat.

For those who have had enough of Assassin's Creed Valhalla, the new setting is pretty much everything Dawn of Ragnarok has got it going for itself, and it may not be worth the time or money investment. However, those who haven't had enough of the game will find plenty to like in this expansion, thanks to the wealth of new content (35 hours or so). 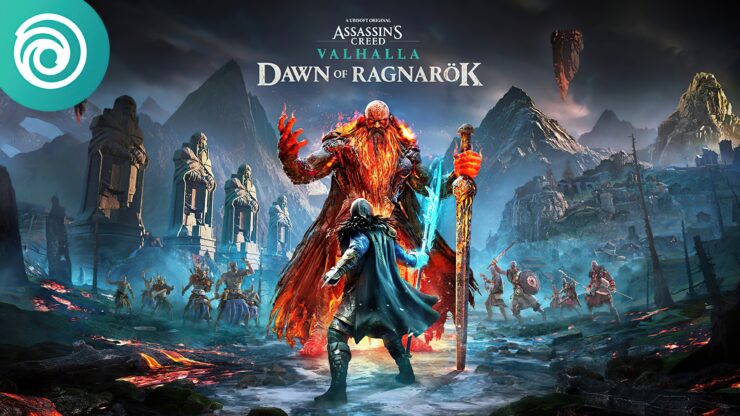 Assassin's Creed Valhalla: Dawn of Ragnarok is a solid expansion that introduces some interesting gameplay mechanics and plenty of new content that, at the end of the day, doesn't change how the game is played in a significant way. After a long base game and two expansions, Dawn of Ragnarok definitely needed to be something more to become an essential purchase, as only those who haven't had enough of Assassin's Creed Valhalla will fully appreciate the coming of Ragnarok and the end of an age.

New Ghost Recon Game Rumored to Be Coming in 2025

Ubisoft is Reportedly Looking for a Buyer, but Have Been “Laughed at” by Most Suitors