ASRock's X299 Extreme4 is a solid board on first inspection. The design and layout has been vastly improved by ASRock on their X299 series and Extreme4 carries everything you should expect of a high-end Intel HEDT motherboard. Being a standard ATX form factor motherboard, it can be noted that there are a lot of features crammed into this board. The color scheme isn't all bling bling and that's a good thing, rather than focusing on cosmetics, ASRock paid focus to what needed more attention and they got a lot right on this motherboard. 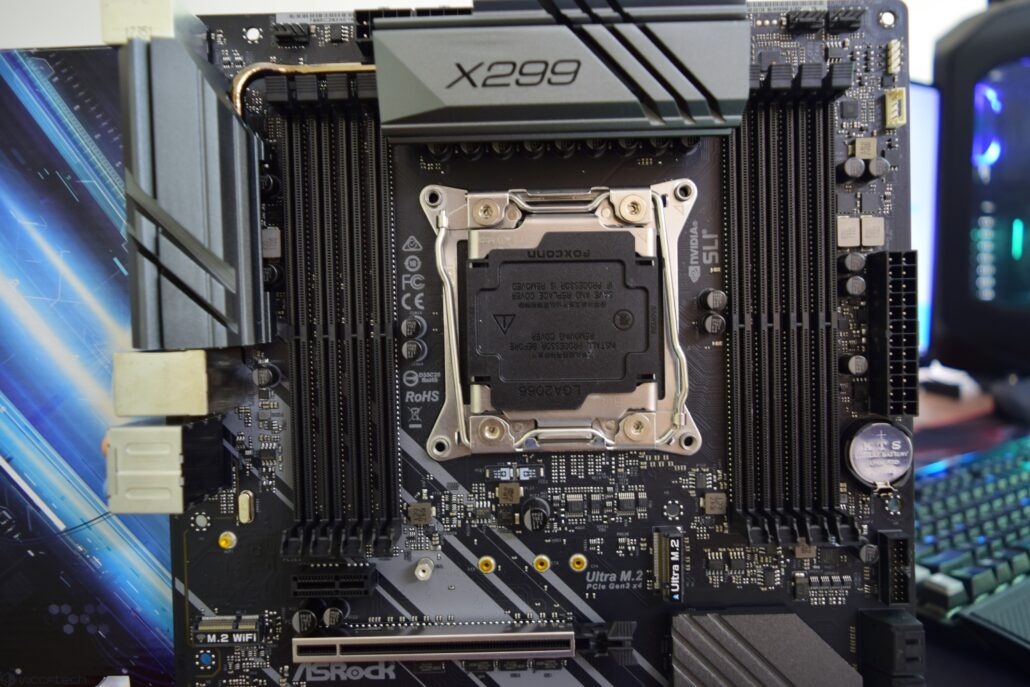 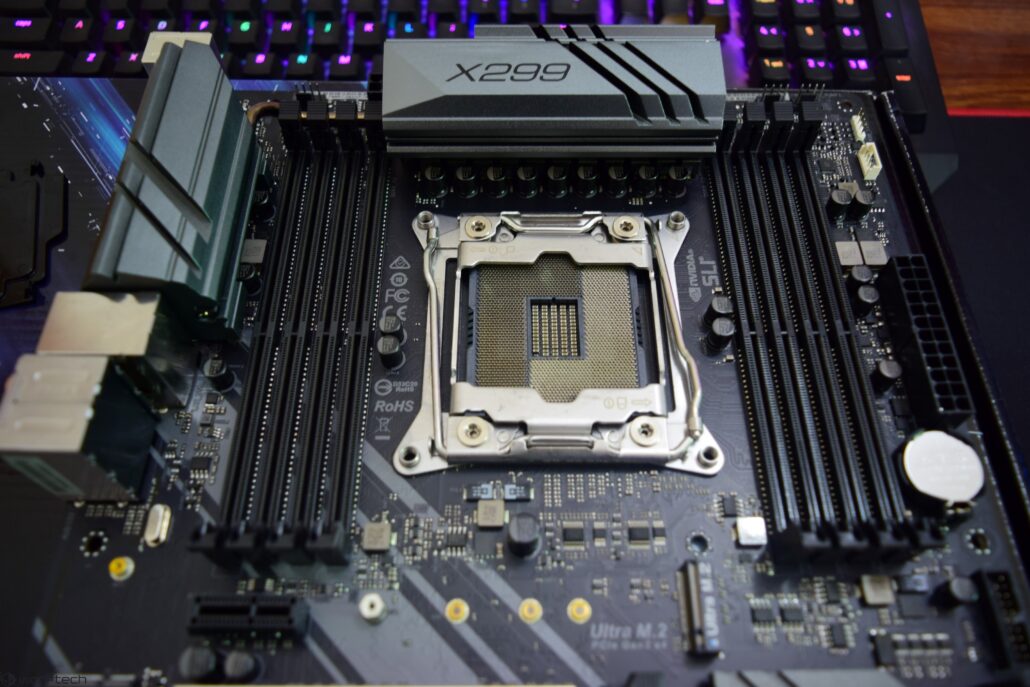 The motherboard packs a 11 Power phase design to power the socket. The motherboard is outfitted with premium 60A power chokes, premium memory alloy chokes and a dual-stack MOSFET (DSM) design that provides extreme lower Rds(on) 1.2 mΩ, so the power supply for the CPU Vcore is more efficient. ASRock is also using the finest Nichicon 12,000 hours rated black capacitors and a high density glass fabric PCB that allows protection against electrical shorts. 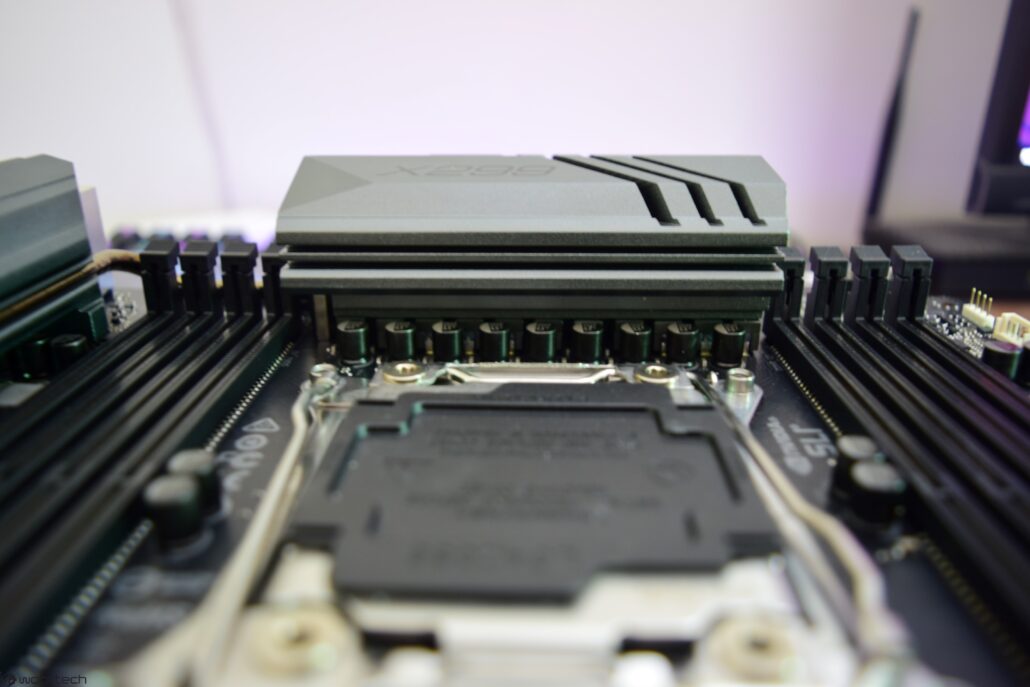 The CPU is supplied power through dual 8 pin power connectors. This will feed the CPU with up to 300 Watts of power. Most Intel CPU’s will be shipping with TDP’s of 140W but that changes when users overclock, that changes power limit based on applied voltages and clock speeds. This was a much needed change that was highlighted on the initial X299 motherboards that had stability and power issues when it came to supporting the higher-end Core-X processors. 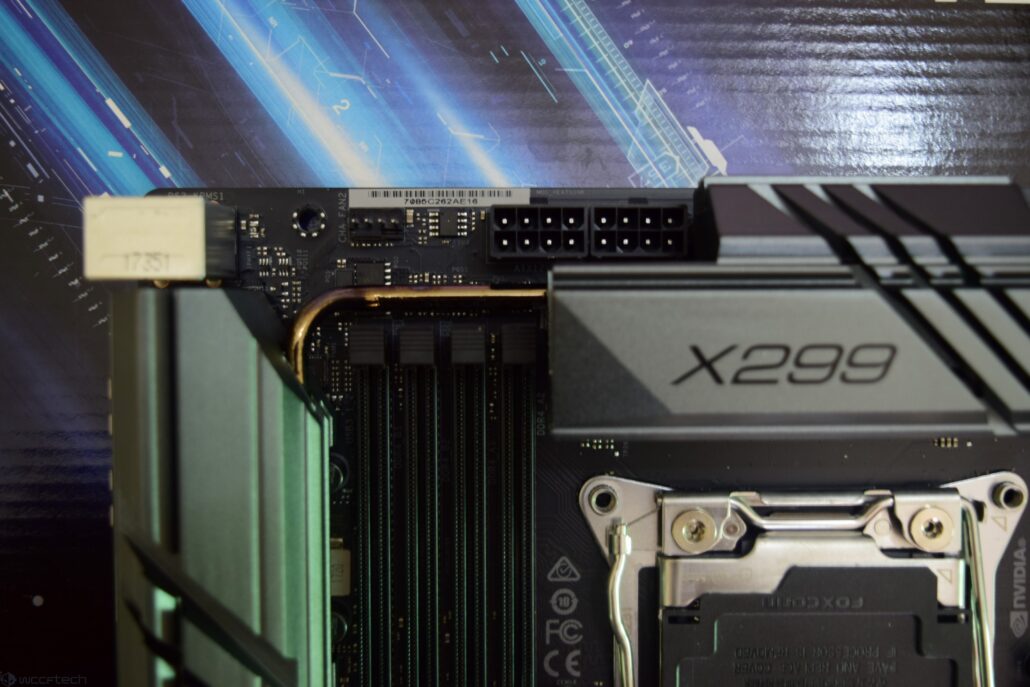 The VRMs are cooled by an updated XXL Aluminum Alloy heatsink . The heatsink is colored silver and is very beefy and has a metallic silver "X299" logo etched in the middle. The heatsink is fitted with heatpipe design that ensures effective heat dissipation from the MOSFETs. 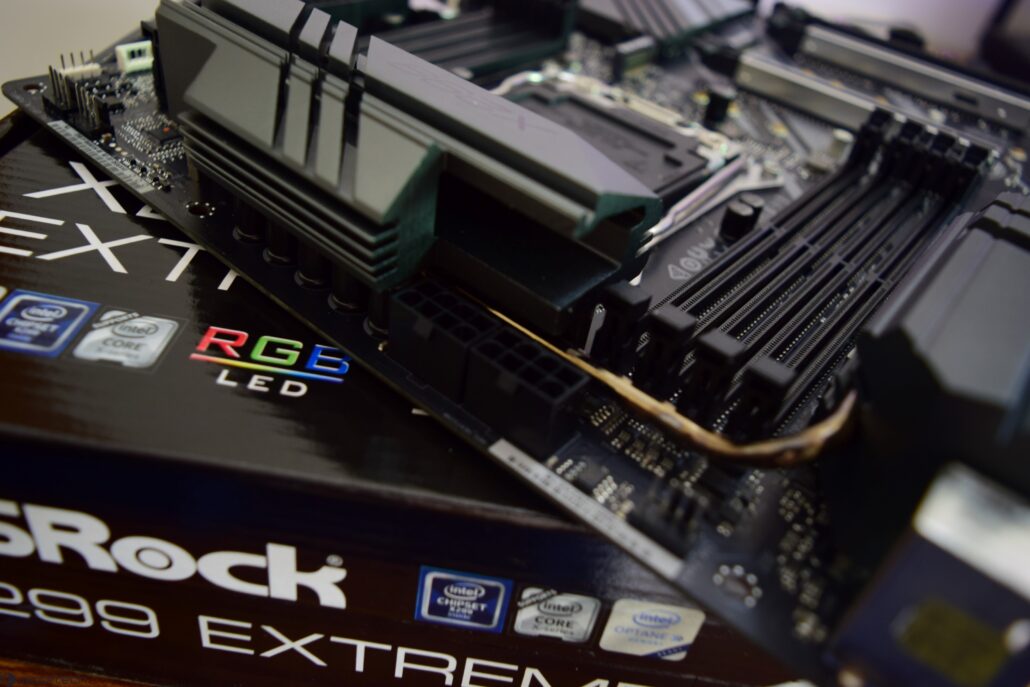 The motherboard has a total of eight DDR4 DIMM slots which can support up to 128 GB (Quad Channel) and 64 GB (Dual Channel) Non-ECC, un-buffered memory. These slots are rated to support XMP profiles up to 4200+ (O.C) MHz. Each slot is labeled, making it easier to install DIMMs in the proper orientation. 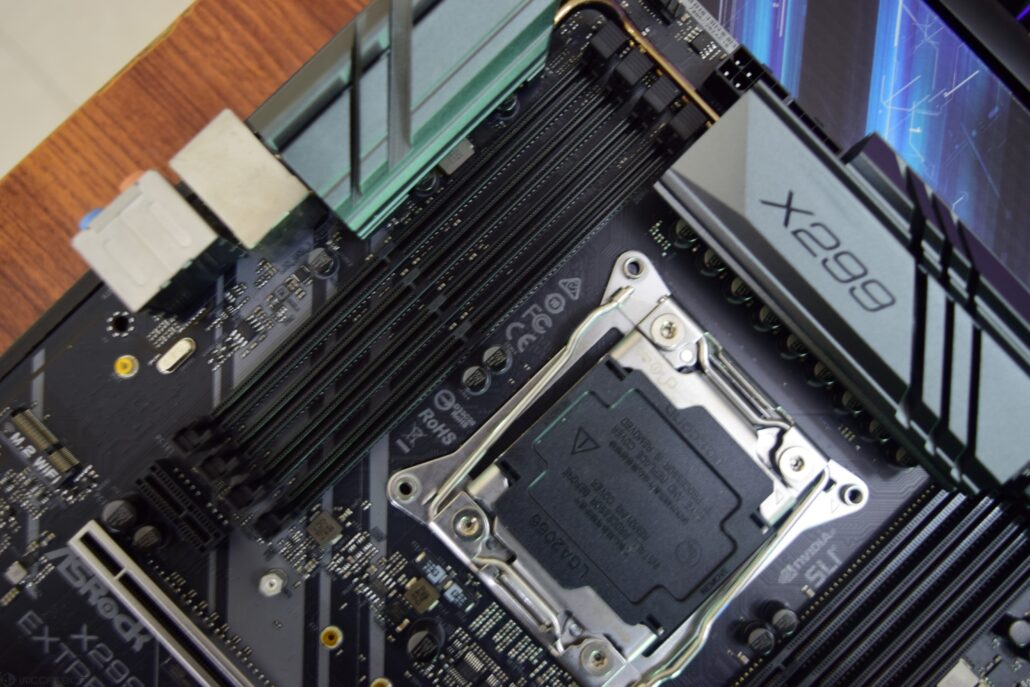 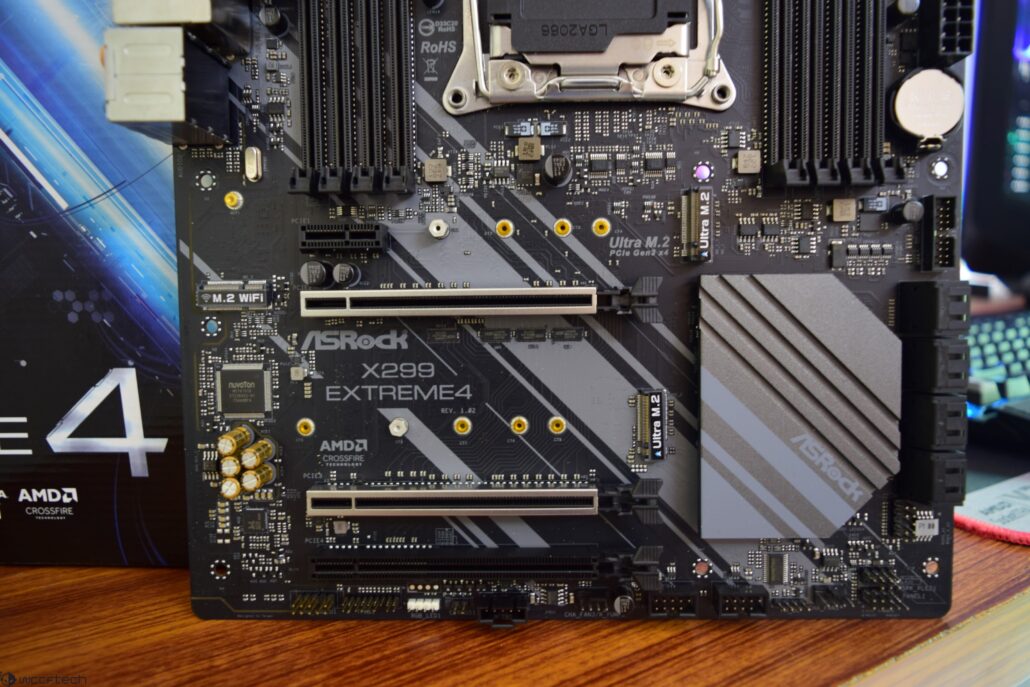 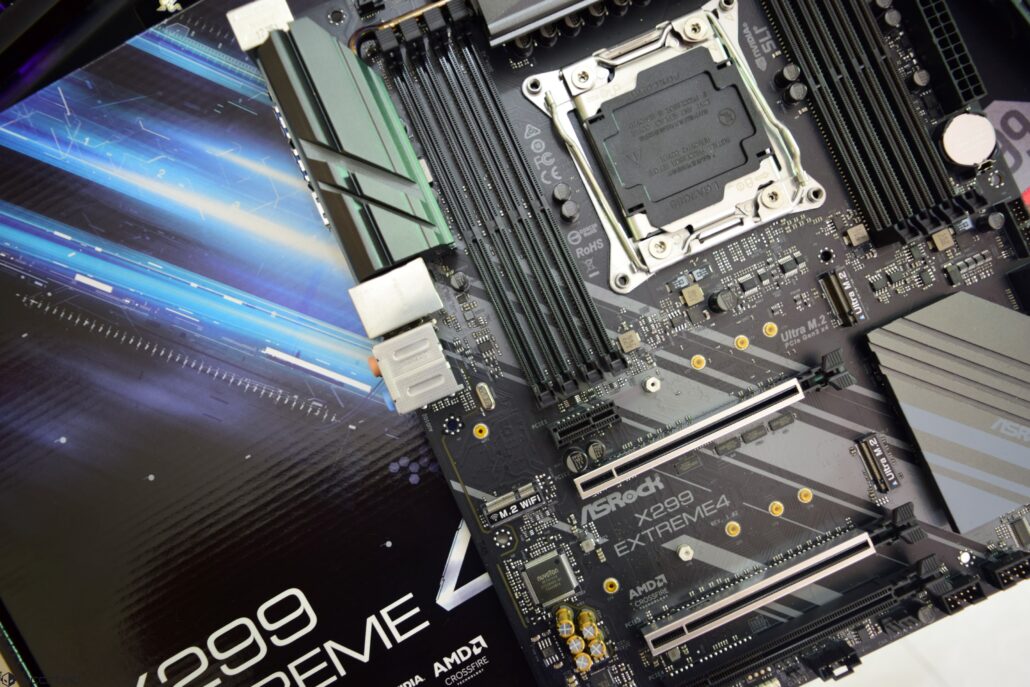 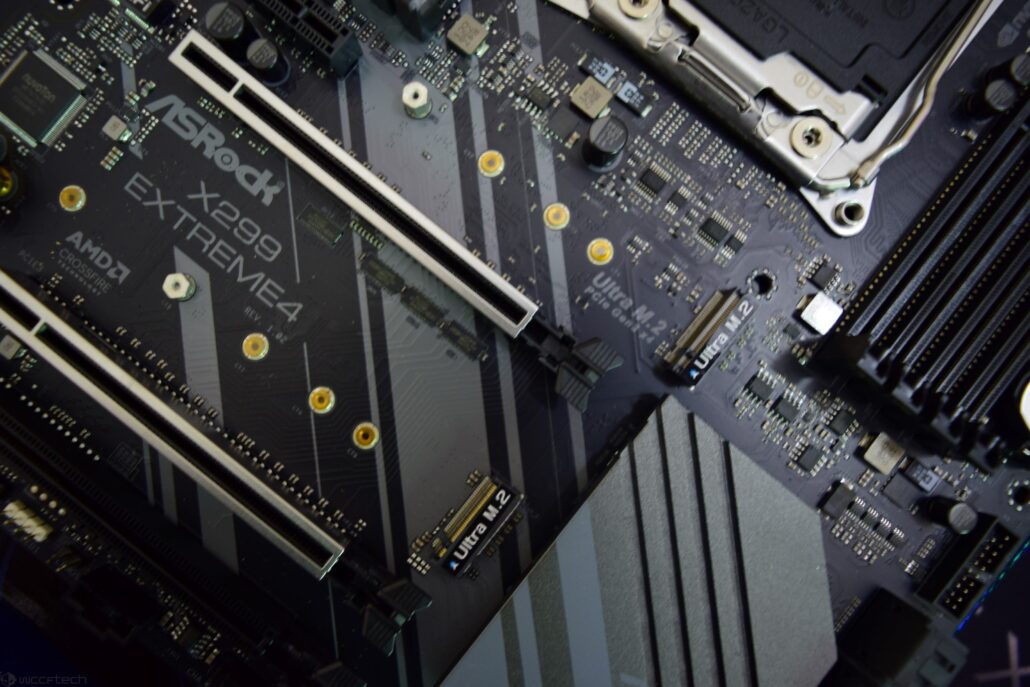 A third M.2 slot can be found next to the audio jack and that operates as a WiFi E key port. It can support type 2230 WiFi and Bluetooth module and as such, ASRock provides a antenna bracket if you wish to run a WiFi module. It is a good functionality for users who want to use wireless options on this motherboard. 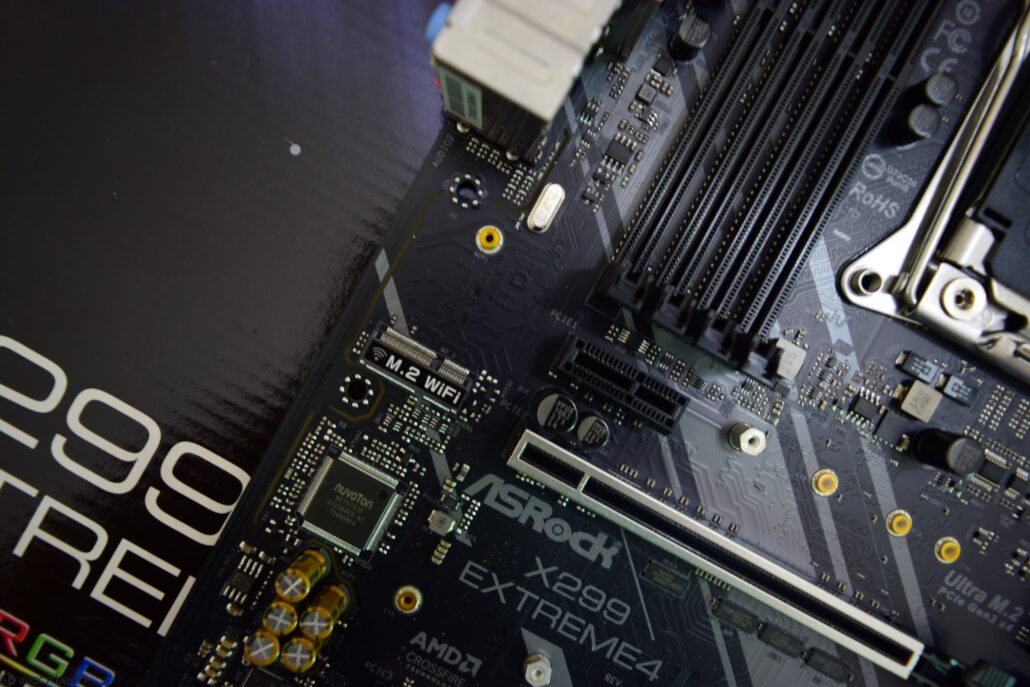 The X299 PCH is housed beneath a metallic heatsink with ASRock logo and label embedded on it. The heatsink is a edged block with various cuts in silver and white on top of it. The PCH heatsink also emits RGB LED which can be controlled manually through ASRock's RGB LED software. 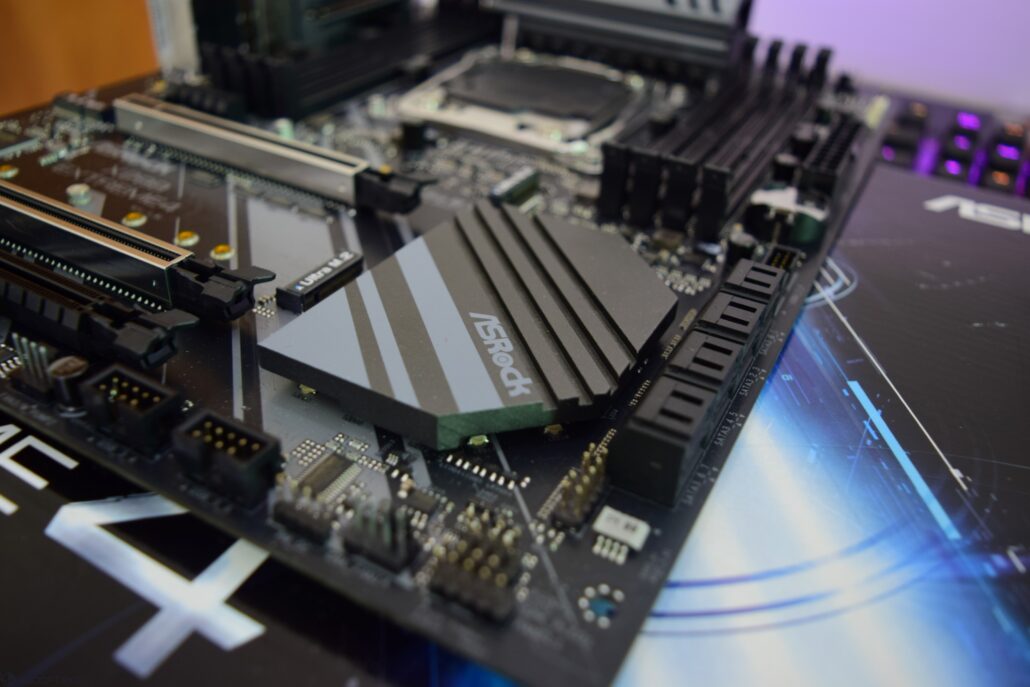 Storage options include eight SATA III ports rated to operate at 6 GB/s. These can support 8 different storage devices at a single time. There is also a single U.2 port. The motherboard supports RAID 0, 1, 5, 10 configurations but to enable that, you have to buy a separate RAID key from Intel and supported only on Core i9 series processors that can address up to 20 bootable drives. 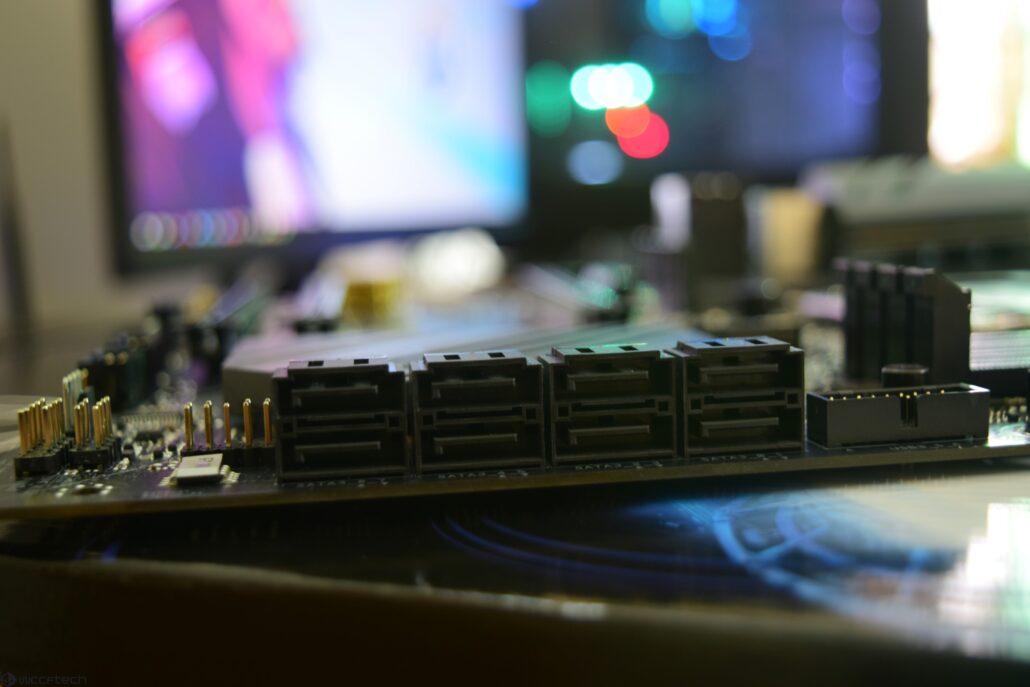 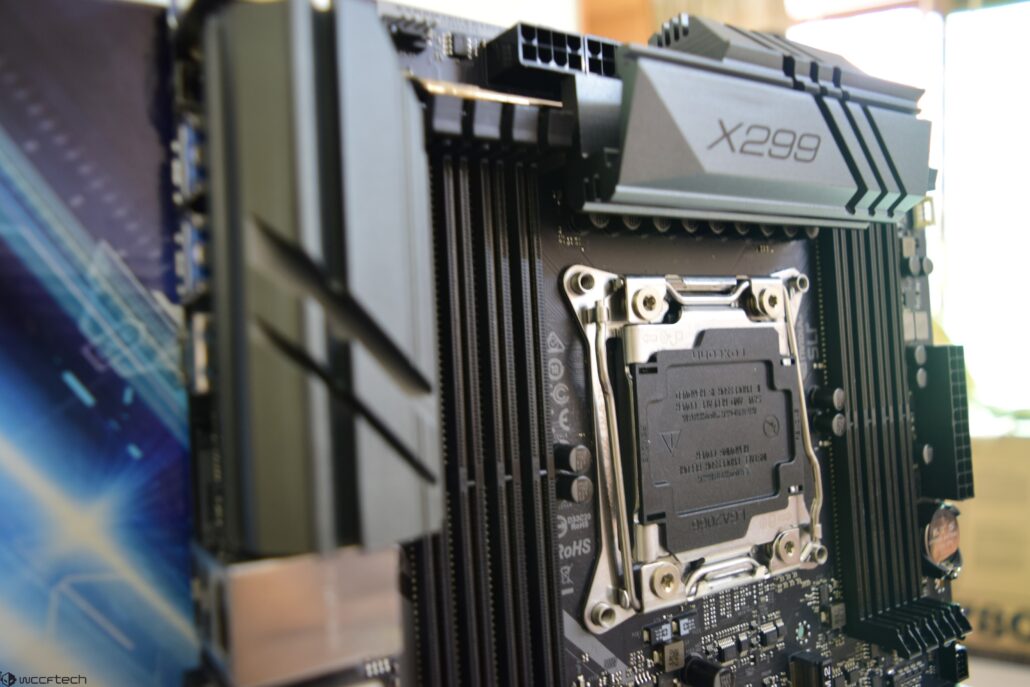 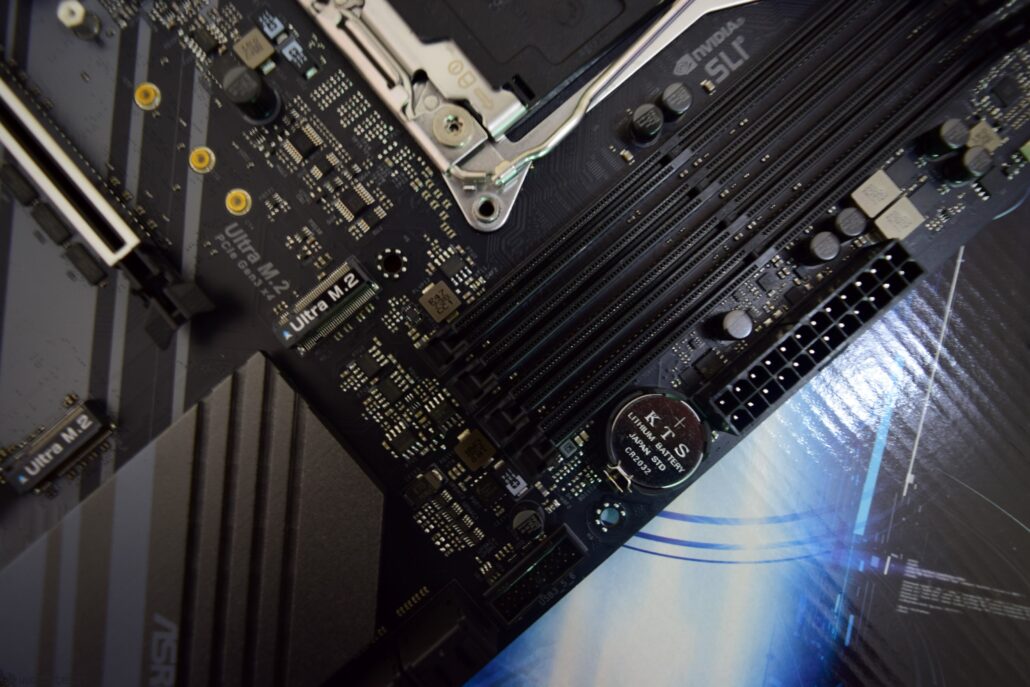 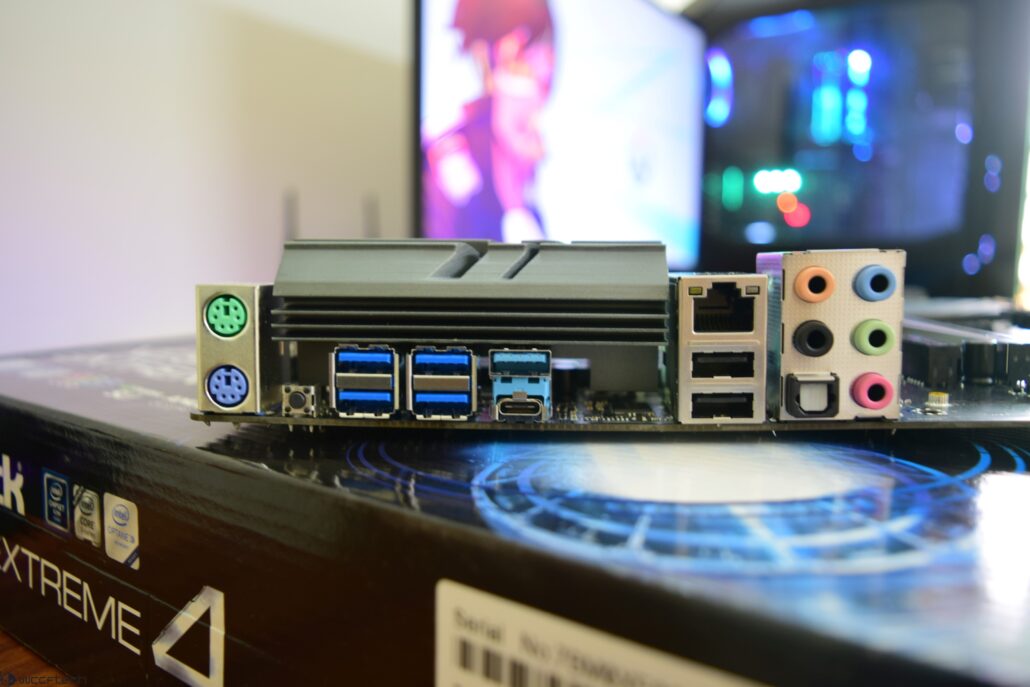