Here’s our full iOS 10 review, the OS that will be powering iPhone, iPad, iPod touch devices in the year to come.

Apple and Google both have reached a point where they are focusing on playing absolutely safe in the features department. They’re achieving this by keeping the basic UI of their mobile OS absolutely the same while sneaking in new features around corners that don’t look out of place. Rather, whenever you stumble upon those changes they blend in so nicely that you’re not thrown back with shock. Instead, a ‘Hey, that’s cool’ type of emotion is invoked every single time you come across anything new. Quite frankly, that’s a good thing (for some users). Anything dramatically different at this point will either completely make or break a diehard user base.

With that in light, iOS 10 builds on top of the design foundations that were laid back with the release of iOS 7. When you compare the two aforementioned operating systems directly, you’ll see a marked difference in terms of pretty much everything. But progressing from iOS 7 to iOS 8, all the way up to iOS 10, the evolutionary steps are no more than astounding. 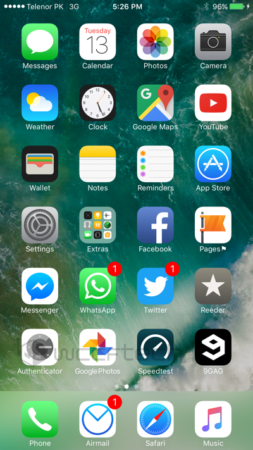 But that doesn’t necessarily mean that things are absolutely perfect for users, especially on the design front.

If you’re a person who had been craving for a mega change in the design department, then you’ll be left disappointed. In fact, if I showed you a screenshot of iOS 10 and iOS 9 side by side, you wouldn't be able to tell the difference at all. But once you start using the new operating system by Apple, that’s where things start to get noticeable.

As soon as you come across the lock screen, you’ll realize iOS 10 is no different from iOS 9. But you’ll be surprised to learn that you’re completely wrong. How? The oh-so familiar Slide to Unlock is gone in this release. Instead you get into the OS by pressing on the Home button. But that’s not all, if you swipe left, you’ll see a wonderful page adorned with widgets on the lock screen, which can be edited to show less or more widgets as well. Swiping towards the right will take you to the camera. So yes, the swipe up gesture to access the camera is now gone as well. 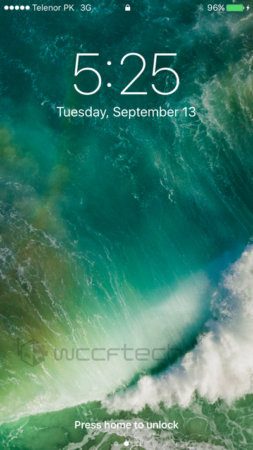 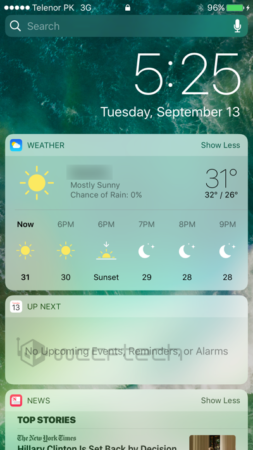 The home screen is strikingly similar to iOS 9 but there are a few cool tricks hidden in certain corners. For starters, the Spotlight search page on the left is now graced with widgets. Widgets that not only look great, but do more as well. We’re glad Apple ditched the so-called 'widgets' from iOS 9 in favor of new ones.

But wait, iOS 10 is a widget wonderland too. If you pull the Notification Center down and swiped left, you’ll see those very same widgets from the lock and home screen here as well. Basically, you can view widgets in iOS 10 wherever you are. You just have to decide which route for accessing them is convenient.

Things have been shuffled around in certain places but nothing is awfully brand new as iOS 10 maintains the same design from iOS 9. For instance, if you go to Settings, you’ll notice ‘Siri’ is now up front and center rather than hidden inside ‘General.’ But if you’re a long time iOS user, you wouldn’t really be bothered by this change at all. Take this as a good or bad change, totally up to you. 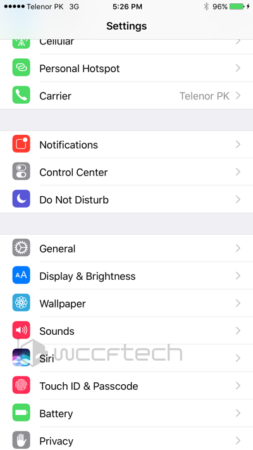 Apple has tossed in certain changes in the UI that were very much needed. For example, the new rounded corners for notifications and widgets. They look absolutely superb and take us back to the years of iOS when rounded edges were a ‘thing’ in many areas of the OS. It’s a great sight to look at, but not that important. 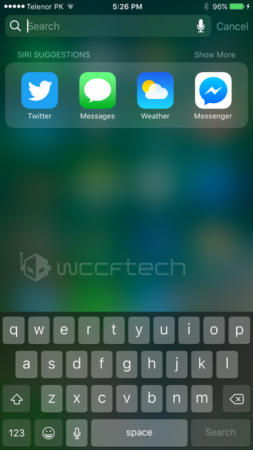 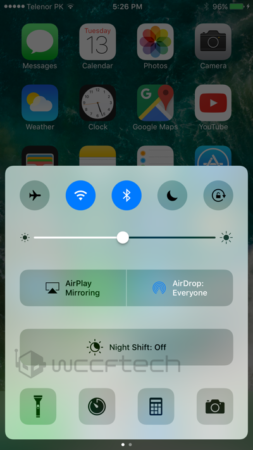 All in all, the implemented design changes are good, but as a long-time user of iOS myself, I was expecting slightly more from Apple. Maybe next year I suppose.

It's All About Messaging in the Coming Year

Despite how popular iMessage has become over the years, third-party services will always take the cake when it comes to features. But this year and the next, I’m certain iMessage will be seen in a different light. That’s possible due to the features Apple has finally baked into the Messages app.

Kicking things off is Digital Touch, a feature that was exclusive to the Apple Watch. Now though, Digital Touch is baked right into the Messages app, and it works exactly like it should. But of course, since Digital Touch is on an iPhone and iPad, Apple was able to take the experience further by adding a bunch of extra features. One such feature is the ability to record a video while throwing in taps, kisses and heartbeats in between. It’s pretty cool and I’m certain people with a knack for such things are going to find this insanely dandy.

Apple really wanted to take things up a notch, and it did so by adding two important features on top of Digital Touch - support for handwritten messages and the iMessage App Store.

Handwritten messages work exactly as they should. Simply go into landscape mode and you’ll be presented with a canvas on which you can write. Tap on the send button to send off the handwritten message. If the other person has iOS 10 as well then the message will be retraced on their screen exactly the way you wrote it down. If they’re using an older version of iOS then they’ll see a plain old image. Either way it gets the job done, so there's nothing to complain here.

App support in Messages has been added as well and it’s important. It lets you extend the capabilities of the Messages app in a wide variety of ways. For instance, you can download a whole new set of emoji characters without having to wait for anything at all. But the real fun will begin as developers start to exploit this feature even further.

Right now, the iMessage App Store has gone live, and there are a ton of apps on day one. We highly recommend giving it a shot. It's absolutely crazy what developers have made at such an early stage.

3D Touch is Now on Steroids

Rather than using the most cliched statement in the tech world - “This feature should’ve been a part of the update last year” - I’ll go on to state that 3D Touch is seeing a remarkable evolution on the software front this year. It’s absolutely clear at this point in which direction Apple wants to take 3D Touch, and without a doubt, it’s the right one.

Instead of just laying out common actions when you press hard on an app icon, 3D Touch does much more in iOS 10. Rather, you get a quick glimpse of information along with images, something that just wasn’t possible before. Although it’s a feature one can live without, but quite frankly, if you’re in the ownership of a device older than the iPhone 6s, then you’re going to miss out on a lot of things in iOS 10. 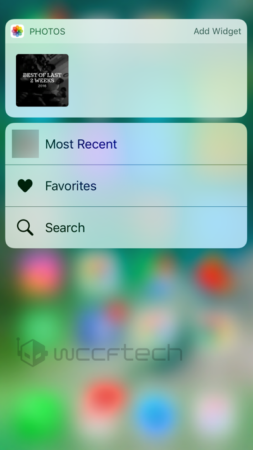 3D Touch is not just limited to the home screen, it has now crept onto the lock screen as well. Simply press hard on a notification to get an exploded view of the content, and from there you can reply or get a glimpse of what you want to see. It’s handy, and useful only once you’ve used it. You wouldn’t be bothered at all about it if you haven’t seen this feature firsthand.

Siri is Much More Useful Now

Siri has learned a lot of new tricks with iOS 10, but the biggest change this year is how you can utilize the virtual assistant to summon tasks that weren’t possible before. Let’s say you want to hail an Uber, Siri will do that for you. Want to send a message to your colleague using WhatsApp? Just ask Siri. So basically, Siri now ties in with third-party apps really well, and it’s great. But of course, developers are required to update their apps for this if aforementioned feature is ever going to be useful.

Photos - the Way They Should've Been

If you’re a serial photographer or just love photos on your iPhone or iPad, then the new Photos app is a clear winner for you. Not only it is intelligent and serves up a better UI to go through your snaps, but rather, it’s more personal. It’s like entering a world of cherished photo albums rather than just a hub that displays JPEG images taken from the camera.

The Memories section of the Photos app is where all the magic happens. It’ll swift through your library of photos and create a, you guessed it, memory. They're a great way to relive certain photos, as they're topped off with brilliant music playing in the background as well as the best photos from a certain trip.

Music Has Been Pumped Up

I had no complains when it came to the Music app in iOS 9. Things were actually quite good. But Apple still saw it fit to give the Music app a major facelift in iOS 10. With bold text and larger everything, Apple is taking the experience to a whole new level. 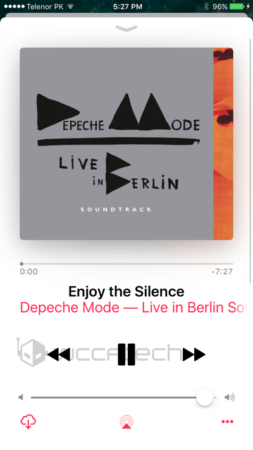 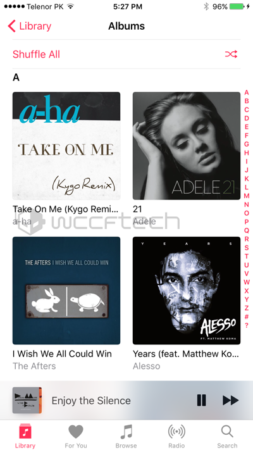 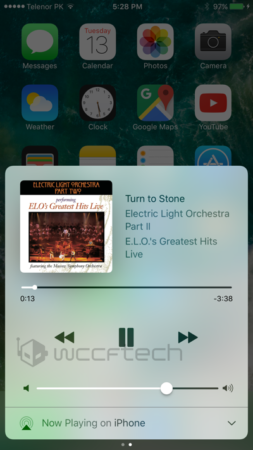 While the Music app does function the way it should, but the best feature about the update is how you can quickly access lyrics for a song right from the Now Playing screen. Trust me, you're going to love this, given you do give a flying damn about getting lyrics right.

Lastly, Music now has a dedicated page in Control Center. Just swipe right and from there you can change tracks, alter the volume or scrub through the currently playing song. It's handy and far more useful than before.

You Can Now Delete Stock Apps - Yay, I Guess 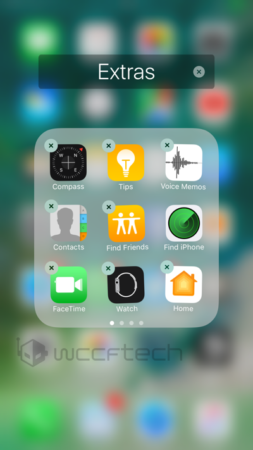 You can now delete stock apps, but don't get way too excited about it. Why? Because deleting them won't earn you free space on your device.

I'll cut the story short here and tell everyone right away that iOS 10 runs just fine on newer devices, but if you have an older iPhone or iPad at hand, then you might want to reconsider upgrading. I tried iOS 10 on a wide variety of devices, but the best performing out o the bunch was obviously the iPhone 6s, with the iPhone 6 Plus being a total disaster in a lot of places. We're certain Apple will push out updates to further smoothen out iOS 10, but the first release ain't going to be everyone's cup of tea.

During my testing I did not see any gains or losses. I'm getting the same amount of screen on time as well as sleep time. So do not expect anything spectacularly different.

Well, the simple answer is a 'yes.' But of course, if you're in the ownership of a very old device such as an iPhone 5, then you might want to reconsider. There is a possibility Apple will refine the experience on older devices with a few over the air updates. Or, if you're unlucky, the Cupertino company might not even bother refining things out.

You can download iOS 10 GM right away whereas the final build will be available later today.

iOS 10 is without a doubt the upgrade you should have on your iPhone, iPad, iPod touch. But it might not be everyone's cup of tea, especially those with older devices.