The TRX40 AORUS Master comes with the updated 2019 looks that AORUS has featured on their motherboards. It carries a black and silver color theme with brushed metal surfaces and a very futuristic look which we should expect from AORUS motherboards. The motherboard also comes with AORUS's signature Fin Array heatsinks which are scattered across the motherboard, making use of large heat pipes to form a connection 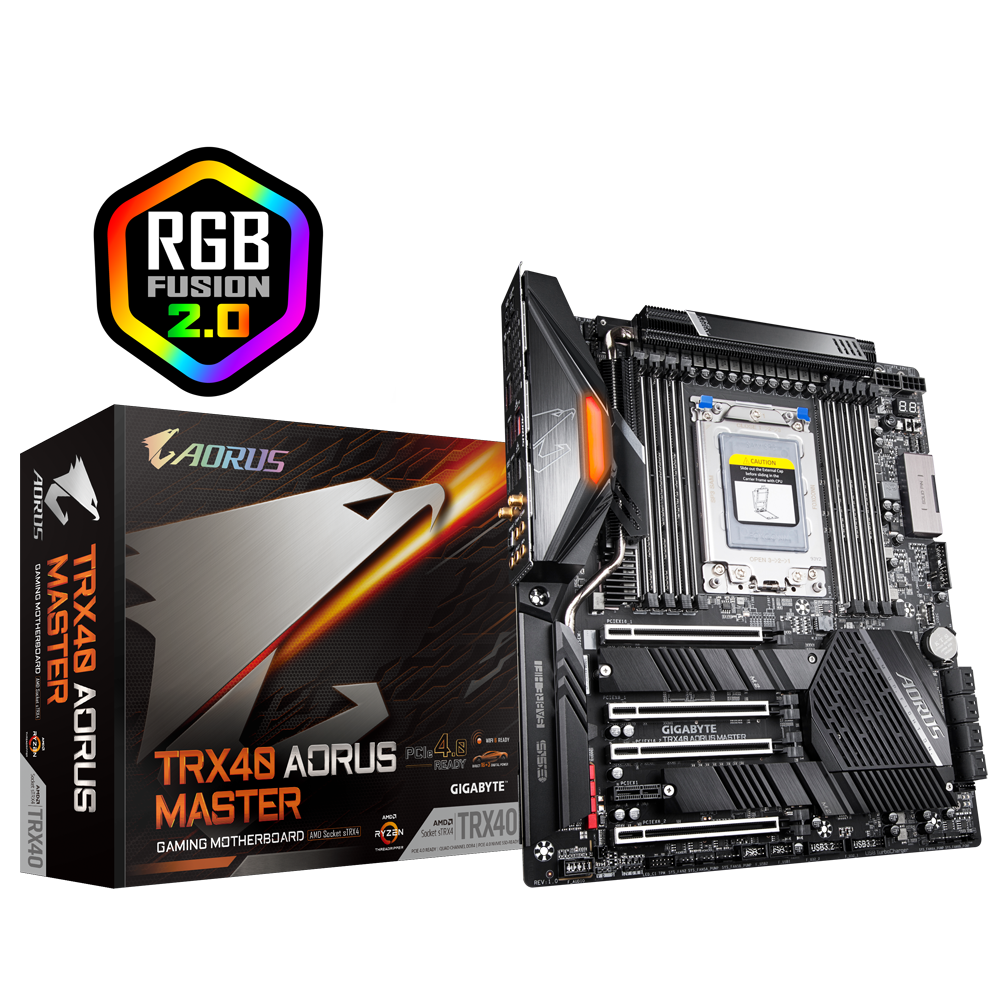 The motherboard carries a 16+3 phase Digital VRM solution. The CPU socket is powered by dual 8-pin connectors and the whole VRM area is cooled off by several Fins-array heatsinks. These along with the added heat pipe transfer heat from the VRM area to the heatsink near the I/O which absorbs most of the heat and blows it off with a small PWM fan featured under the I/O cover. There are eight DDR4 DIMM slots that can support up to 256 GB of capacity with speeds of up to 4400 MHz (OC+).

The motherboard also comes with four PCIe 4.0 x16 slots (x16, x16, x16 electrical) and a single PCIe 4.0 x1 slot. The four full-length x16 slots are reinforced by steel shielding. There are three M.2 slots and 8 SATA III ports for storage devices included on the motherboard. Other than that, all M.2 slots can be seen hidden beneath their heatsinks which provide decent cooling. Additional ports include a USB 3.2 Gen 2 Type-C front-panel connector, power on/off switches, a reset switch, DEBUG LED and a couple of USB 3.0 front panel headers. There's also active cooling on the PCH heatsink which also includes a nice design with cutouts to let the fan blow air outwards.