One year ago, AMD announced Ryzen Threadripper, a product that came out of nowhere. The product aimed the enthusiast market and segmented AMD CPUs into proper mainstream and HEDT brands like the competition. With their first HEDT release, AMD posed a serious threat to Intel's HEDT efforts. The Threadripper launch was more impressive than the mainstream Ryzen parts as it showed AMD's true prowess in the core count, thread count and efficiency department.

Now a year later, we were expecting AMD to release Threadrippers with Zen+ cores but we did not expect a 32 core/64 thread part until AMD announced it officially at this years Computex. Leaving the audience and tech community shocked as the announcement was made a mere day after the competition announced their 28 core/56 thread CPU, it was just the beginning of AMD's original plan, to rip and tear apart all HEDT processors that weren't Threadripper.

The Ryzen Threadripper 2990WX is a beast in all ways possible and its target market is a reflection of that. While the 2950X and the 2920X target the enthusiast gamers, the 2990WX and 2970WX are aimed at the ultra-premium niche, targeting developers, content creators and multi-thread heavy enthusiasts. You will be paying a hefty premium for this stunner of a chip, but if you just want that good gaming performance, I'd recommend staying away from the "WX" series. In our results, we found gaming performance to be good but the "X" series will perform in a similar fashion without the need of spending over a grand.

But if you are in the search for compute heavy processors and use apps that can really benefit from the extra cores and threads that WX series has to offer, look no further. Even Intel has to be really worried now that AMD is offering around twice as many cores as the 7980XE under $2000 US. If we were to do the math:

The value proportion is just stunning. 2990WX also comes with 80 MB of L3 cache, 64 PCIe lanes and support for quad-channel DDR4 memory. One thing worth noting is that the Threadripper 2000 series has drop-in support on all existing X399 motherboards. The 250W TDP being rather higher does make OC a difficult task on some boards which may opt you into buying a new X399 refresh series product but that said, all current motherboards can handle the chip at stock clocks very well. Both of our ASRock provided X399 boards performed exceptionally well and overclocked the chip past 4 GHz.

It is also good on AMD's part that they have extended and upgraded support within their Ryzen Master utility for better tweaking and configuration of the new SKUs. So aside from the higher TDP rating and hefty cooling requirement, the 2990WX comes out to be one of the most solid HEDT CPUs in several years.

So to sum it up, the core revolution is here and AMD is leading the charge with their monstrous 32 core and 64 thread behemoth, the Ryzen Threadripper 2990WX. Simply put, it crushes and rips through the entire Core-X lineup with a disruptive price tag and performance further refined with 12nm Zen+ cores. This is a premium enthusiast grade and workstation ready chip for the performance hungry masses.

You can purchase the AMD Ryzen Threadripper 2990WX here! 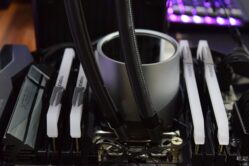 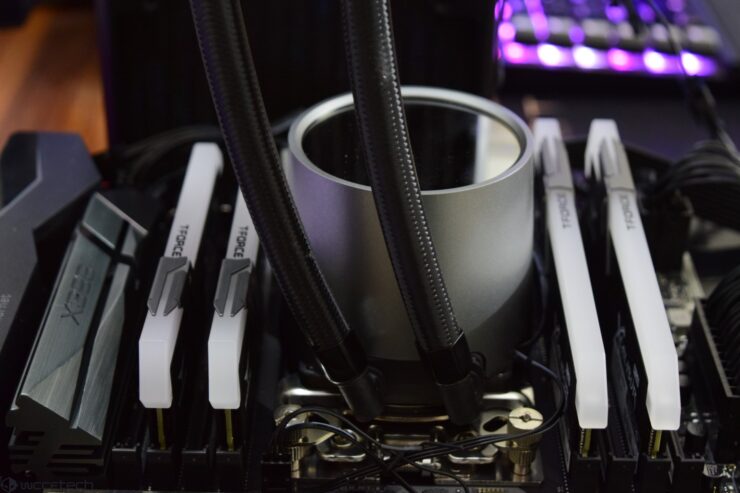