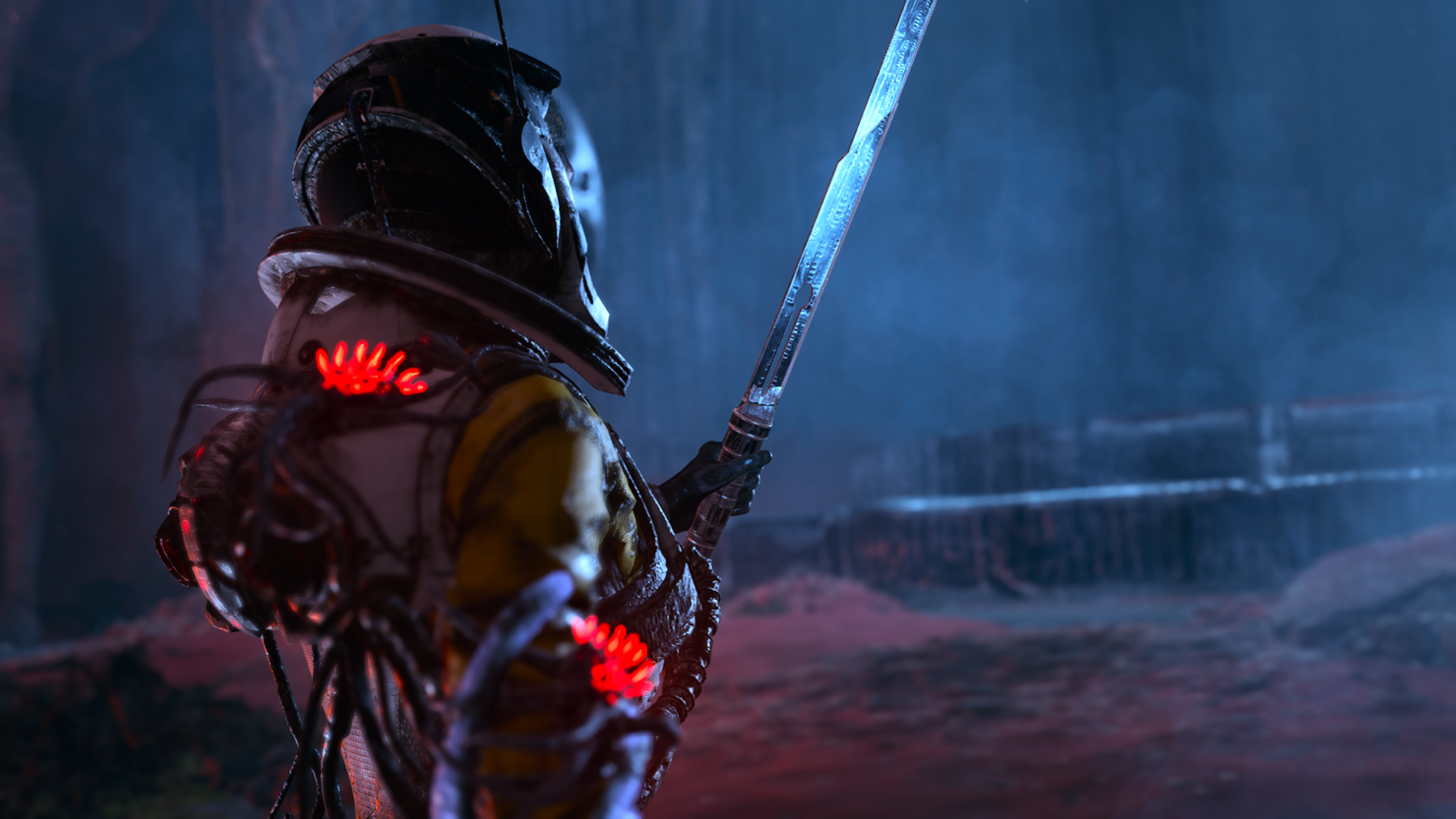 The planet of Atropos is filled with all manner of dangers, living and mechanical, and even the environment itself. Selene's survival is all but guaranteed in Returnal, but with a few handy tips, you might stand a better chance to make it off the alien planet alive. Here are eight tips to help future Astra scouts find their way back home.

Other Returnal guides - What Carries Over Between Playthroughs?

Use the right weapon for the job

Returnal offers up ten different weapons, but Selene also has access to a blade as one of her first permanent upgrades and various consumable items to give her a bit of a boost. Each of the ten weapons has their own strengths and are better suited for a given task. If you know the region you're in features many flying enemies (the third, fourth, and sixth biomes are the most frequent), don't use a weapon that only offers a single shot before Selene needs to reload. Faster firing weapons such as the Sidearm with Burst Fire unlocked, the Tachyomatic Carbine, and Hollowseeker all allow for rapid firing to take down multiple flying enemies before Selene needs to reload. For bosses and encounters against a single enemy, don't be afraid to pick up the Rotgland Lobber or Coilspine Shredder. These weapons offer massive damage in a single hit but need to be reloaded after one (or two, if the right attribute is unlocked) shots. If you want to get up close and personal, both the Spitmaw Blaster and Dreadbound each offer high amounts of damage when Selene is mere paces away from her target.

When Selene starts her journey, she'll only be able to carry one stack of consumable items at a time. As players venture deeper into Atropos, they'll earn two more item slots, giving Selene a maximum of three inventory spaces to equip. Unless you're a glutton for punishment, it's wise to keep some sort of healing on hand. You'll never know if the next room you venture into might go into lockdown and force you off into a miniboss encounter that you weren't otherwise prepared for.

Don't be afraid to pick up a Parasite or three

In addition to Artifacts, Selene can also fuse with the various oversized Parasites that call Atropos home. Each Parasite that Selene fuses with offers both a positive and negative trait that can dramatically alter her powers and playstyle. Most of the time, the positive effects of a given Parasite will far outweigh any negative effects, but you always want to read what you're attaching to Selene's spacesuit. Some of the more beneficial Parasite effects include an Auto-Repair when Selene is at low Integrity (health), allowing Selene to survive a killing blow one time, and offering a 25% chance to not use a Consumable item.

Know how to detach unwanted Parasites

Selene can only attach up to five Parasites to her body at a given time, so what do you do if you find one that you think would complement your playstyle? There are two methods for immediate Parasite removal. Unlocked by cashing in Ether at the terminal located outside the crashed Helios, Selene can acquire a Consumable item that immediately detaches all Parasites from her body. Some rooms, typically immediately before or after a boss fight in Returnal, have a machine that will allow Selene to detach a random Parasite in exchange for Obolites. This can be a great way to earn some extra cash to purchase an Artifact that might make a huge difference. Still, sometimes it's worth keeping certain Parasites attached for their massively beneficial positive effects.

Try out every new weapon you find

Not only will you discover a wide range of weapons to Returnal, but the different fire modes can change up how Selene runs through each region of the game. As every weapon comes with randomized attributes, you'll occasionally come across a new passive skill or alt-fire mode that you haven't learned yet. Take the time to pick up the weapon and unlock these skills by killing a select number of enemies. You'll never know when you might only find one weapon for an entire biome and have to make the most of it. Every boss fight has a Modified Sidearm SD-M8 conveniently placed outside, so don't feel like you have to make the fight more challenging with the wrong weapon.

Keep Selene's Adrenaline up as long as possible

Returnal rewards players who are skillful enough to keep Selene out of harm's way with the Adrenaline system. Chaining together kills will raise Selene's Adrenaline levels and unlock up to five new passive skills, from increasing the Overload range when she reloads a weapon to increase her melee swing's effectiveness and doubling the number of Obolites that enemies drop. As long as Selene doesn't take a hit (being shielded prevents one source of damage), her Adrenaline can stay up for an entire playthrough if the player is skilled enough.

Be smart about Malignant items

In Returnal, Selene will occasionally come across items that are cursed with a purple hue, indicating that they may be Malignant. Every time the player picks up one of these items or opens a cursed chest, they risk suffering a Malfunction. These are similar to the negative effects of a Parasite but come with different criteria to clear them from Selene's system every time. It's best to pick up a Malignant item when Selene only has zero or one malfunctions as a stack of three can cause a Critical Malfunction, destroying either a piece of accumulated Resin or even one of Selene's Artifacts. As long as you play it safe and don't let Selene acquire too many malfunctions, these cursed items can be a great boost to her combat potential.

Always pick up Silphium boosts, even at full health

Selene's main form of healing comes from picking up small and large Silphium chunks. These give the player a quick health recovery, but what happens when you're already at max Integrity? When Selene is no longer in need of healing, Silphium chunks encountered in the wild are automatically converted to Silphium Resin. Collecting three of these (or two with the right Artifact) instantly increases Selene's maximum health. These will linger around even if you leave the room and come back, so make sure you remember to pick them all up before you tackle the region's boss.

Hopefully, with these tips, your first trip to Atropos won't turn out to be a suicide mission. If you liked these tips and want to share anything else you think might help out your fellow Astra scouts, leave them in the comments below!