Prices of upcoming Ryzen 3000 CPUs and X570 motherboards appear to have been leaked online. This leak comes from Reddit user wazernet, who discovered the potential pricing of upcoming products on Komplett.dk. According to other users on Reddit, Komplett.dk factors in a sales tax, and may not represent final pricing.

According to comparison pages on Komplett.dk, upcoming Ryzen 3000 CPUs may retail for the following prices:

The comparison pages are linked below:

After removing the sales tax, the prices come out similarly to what has been reported in the past, and close to AMD's MSRP. 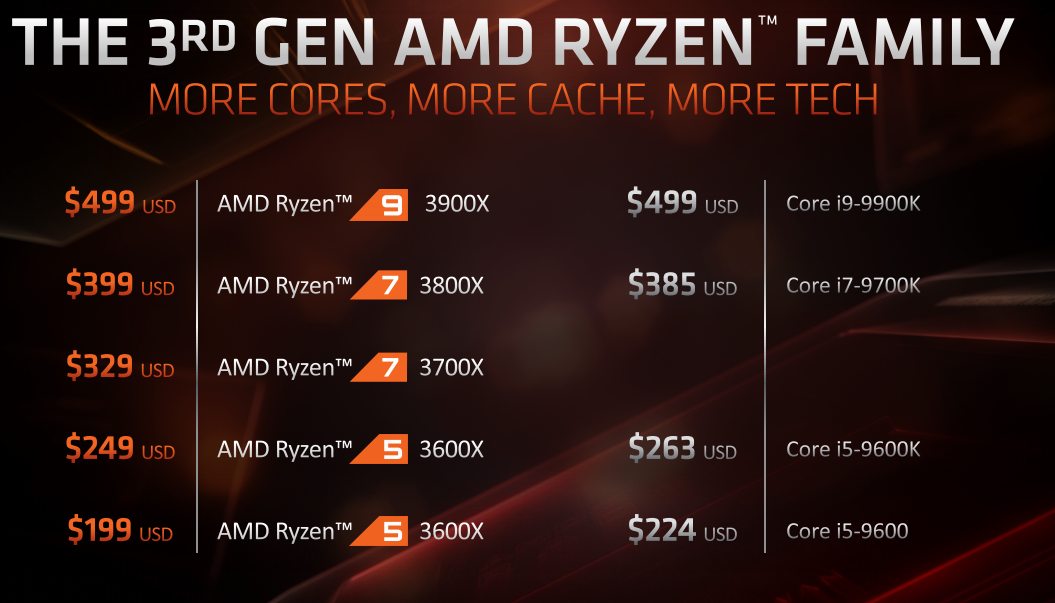 Previously, there have been multiple reports of the X570 Chipset being priced considerably higher than it's predecessors, and this, unfortunately, seems to be the case. The X570 Chipset brings various new features and improvements, but they certainly don't come cheap.

Various motherboards from multiple manufacturers have been leaked, along with their potential pricing. To start, here are the leaked prices for GIGABYTE's upcoming X570 motherboards:

Second, here are the prices for MSI's X570 motherboards:

Next, a list of ASUS motherboards, though the prices listed are all the same, they are most likely there as placeholders:

The comparison pages are linked below:

Here is the list of motherboards by manufacturer after adjustment: