The Resident Evil games aren’t really known for their strong post-launch support. If a RE game gets DLC at all (which is far from a guarantee), it usually feels like leftover scraps. Thankfully, it seems Capcom is making more of an effort with Resident Evil Village “Winters’ Expansion,” which will cast its chill on all platforms later this week.

Winters’ Expansion adds the new “Shadows of Rose” story content, the ability to play the main campaign in third-person view, and some additional goodies for Mercenaries mode. So, has Capcom finally gotten the hang of this DLC thing, or will the expansion leave you cold? Grab your parka and continue on for the answer…

Note: This is an opinion piece and, thus, not as detailed as a full, scored review would be. 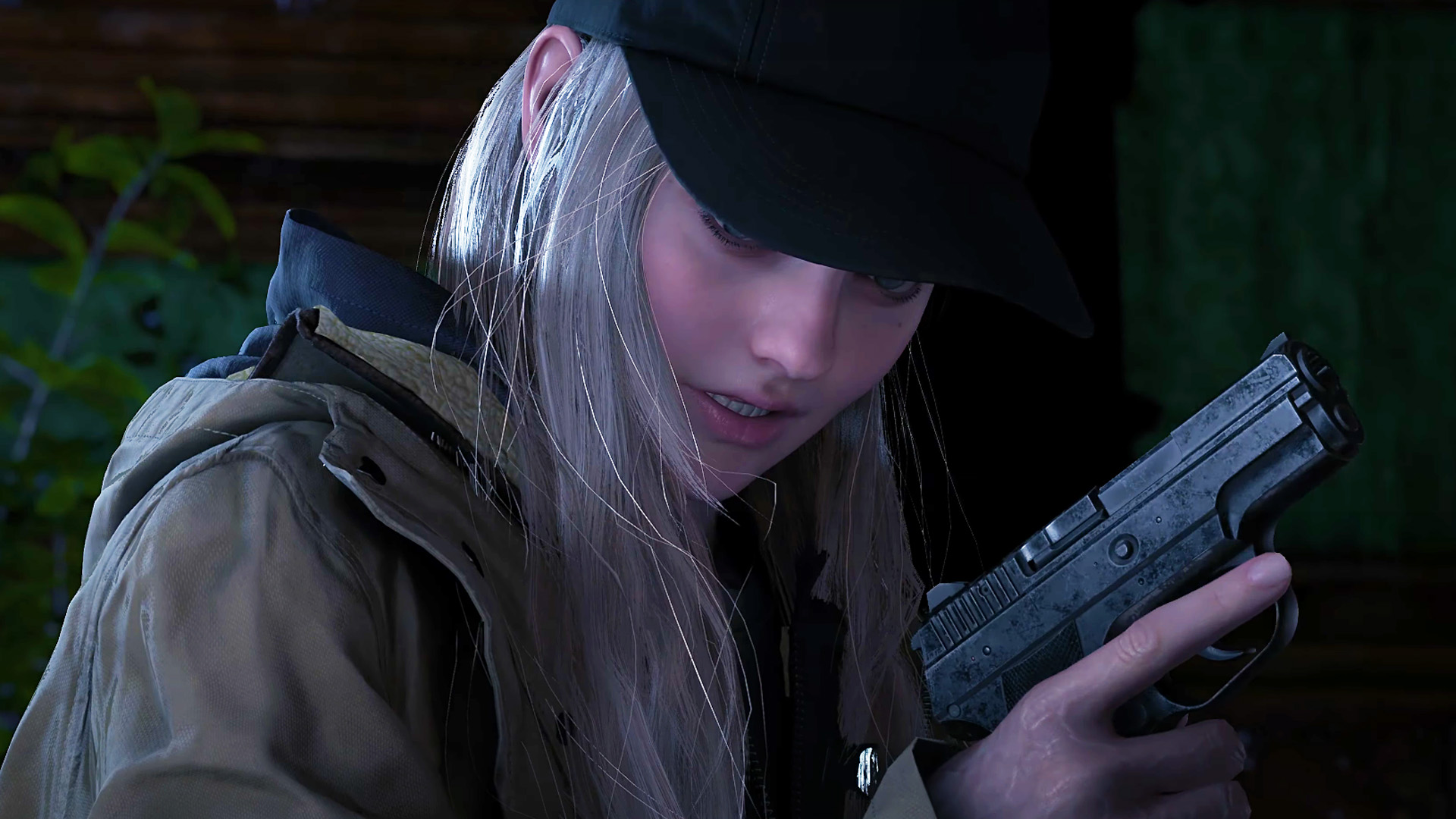 As the name implies, Shadows of Rose focuses on Ethan and Mia Winters’ 16-year-old daughter Rose, who has grown up largely under the protection of Chris Redfield and resenting the powers that have made her an outcast amongst her peers. She becomes convinced a sample of the Megamycete mold may be the key to ridding herself of her powers, but her mind ends up melding with it, plunging her into a dangerous hallucinatory world. There she’s tasked with finding a crystal that will banish her powers and is guided through the various threats she faces by a mysterious entity known as “Michael,” who has the ability to manifest clues and objects for her in the world.

The whole setup is a bit loopy, even by Resident Evil standards, but it essentially allows Capcom to serve up key Resident Evil Village locales with new twists. Rose is limited in her traditional ability to fight back, wielding only a handgun and, eventually, an optional shotgun, but her powers give her a unique edge. Rose can stun enemies or repel them if she’s grabbed, although she can only use her powers a limited number of times before she runs out of charges (these can be refilled by consuming new white herbs).

In a mechanic perhaps somewhat inspired by The Plague Tale series, Castle Dimitrescu and other later areas have been overtaken by a living ooze that will kill Rose if she touches it. Rose can use her powers to find and destroy cores, thus clearing the ooze. This makes for some solid opportunities for fresh exploration and puzzle solving.

The first half of Shadows of Rose that takes place in and around Lady Dimitrescu’s digs are solid, but the game really picks up once you leave the castle. Without spoiling anything, things get particularly trippy from that point on. Capcom doesn’t quite match that enemy from the original RE Village (you know… the one from House Beneviento), but they dream up some pretty creepy stuff. You’ve been warned.

This all leads up to a properly bombastic finale. At only 4 to 5 hours, Shadows of Rose is a relatively brief yet surprisingly meaningful addition to the Winters saga we’ve seen play out in RE7 and RE Village. Rose is a likeable character, and thankfully, this story remains largely about her character and growth rather than any of the usual over-complicated Resident Evil plot silliness.

As for the other additions included in the Winters’ Expansion, the third-person mode is welcome, but honestly, despite the endless fan debates, first-person and third-person Resident Evil don’t really feel that different. But again, if you truly hate the first-person perspective and refuse to play any game that uses it (maybe due to motion sickness problems), Resident Evil Village is now a game for you. As for the additions to Mercenaries, while I’m not going to complain about being able to stylishly blast enemies with my cigarette holder as Lady D, the mode remains a relatively lightweight diversion.

A Golden Deal for Fence Sitters

Resident Evil Village - Winters’ Expansion is the best RE DLC Capcom has ever produced, but as mentioned, the competition for that title wasn’t exactly fierce. Shadows of Rose is an interesting exploration of a character we’ll hopefully see more from in the future and plays with the core RE Village experience more than you might expect at first. The third-person mode and new Mercenaries content are also nice, if not quite essential, additions. For those new to Resident Evil Village, grabbing the $50 Gold Edition, which includes the Winters’ Expansion, is a no-brainer bargain. That said, if you’re an existing RE Village owner considering buying the DLC for $20 a la carte, you may understandably have slightly cold feet.

Resident Evil Village can be played on PC, Xbox One, Xbox Series X/S, PS4, and PS5. The Gold Edition and Winters' Expansion launch on all platforms on October 28.