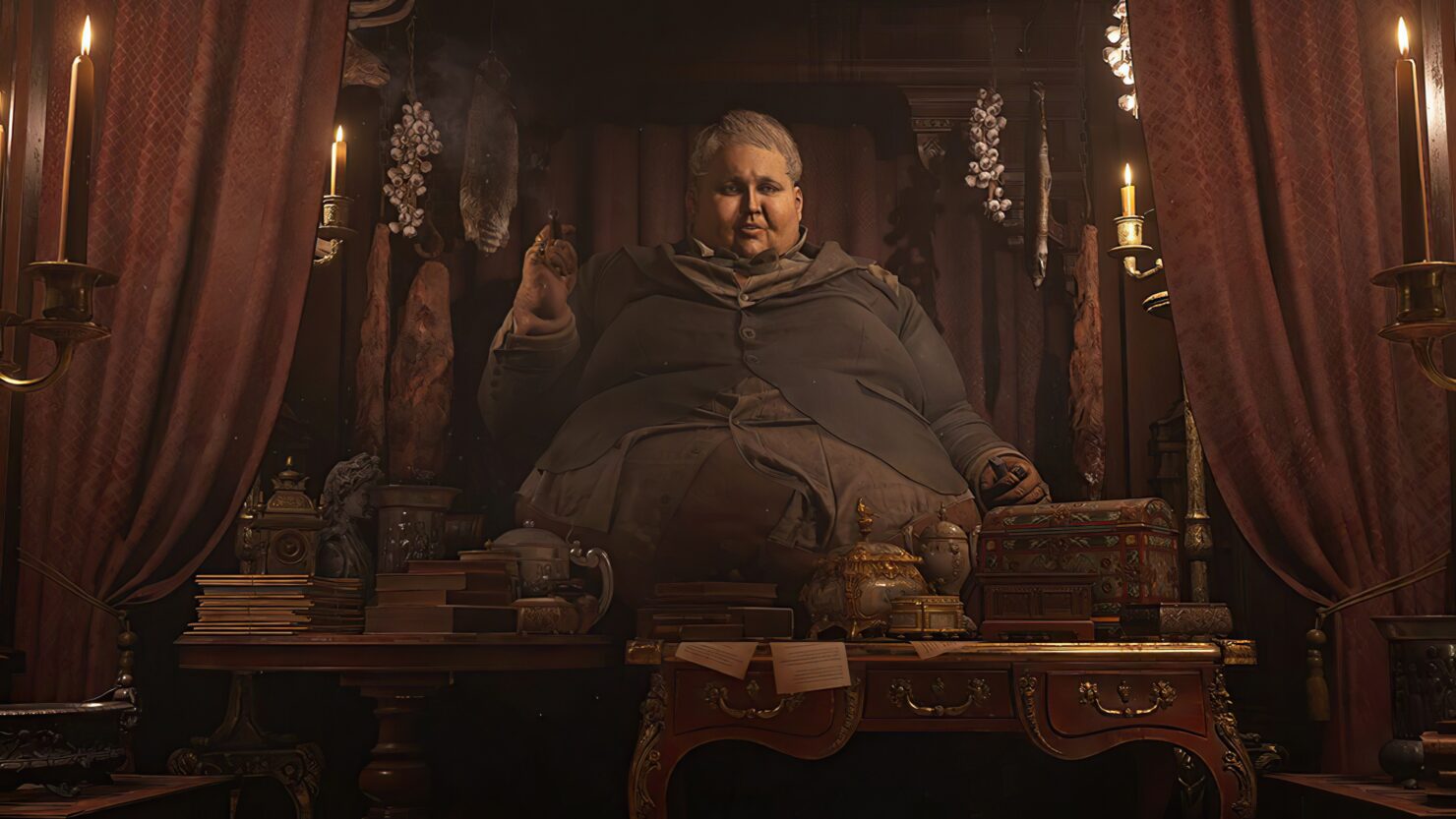 The merchant featured in Resident Evil Village, simply known as 'The Duke'.

Ahead of the Resident Evil Village showcase scheduled for later today, Game Informer posted an exclusive reveal on the survival game's upgrade and hunting mechanics.

While most of the footage revealed thus far centered on Lady Dimitrescu's castle, the game's title clearly suggests we'll be able to explore the surrounding village as well, and that's where players will find different animals such as chickens, fishes, pigs, and goats. Hunting these will yield certain resources that can then be cooked by The Duke, the merchant non-player character (NPC) in Resident Evil Village.

For example, in the video below, we can see a Bird and Beast Pilaf dish made of poultry and meat. Crafting it will permanently decrease the damage taken by Ethan when guarding. Other recipes shown include Herbed Fish, Three-Flavored Mititei, Tochitura de Pui, Ciorba de Porc, and Sarmale de Peste. Beware, though, as some of these animals such as goats and pigs can fight back.

Ethan can also upgrade his weapons with the help of The Duke. To do so, he'll need to accumulate treasures and valuables that the merchant will exchange for lei, the in-game currency. With enough lei, Ethan will be able to expand his inventory, improve his weapons' power, rate of fire, reload speed and ammo capacity, craft ammunition, first-aid kits, pipe bombs and mines, among other things.

Resident Evil Village launches May 7th on PC, PlayStation 4, PlayStation 5, Xbox One, Xbox Series S|X. A demo should be available on all platforms ahead of the release date.