For decades now Resident Evil protagonists have always been fighting more zombies and occasionally a corrupt human in most Resident Evil games but this time things are heating up in the newest trailer of Resident Evil: Operation Raccoon City. This is Capcom's next big Resident Evil project and unlike its predecessors this game is less focused on a story and more focused on giving players an online experience they won't soon forget. Its an all out war of Raccoon City Police Dept. Vs Zombies and B.O.W's Vs US Spec ops Vs Umbrella Security Service.

Are you ready for the challenge to see whether you and your team will be able to survive not only Zombies and B.O.W's but also the other task forces out to get your neck? 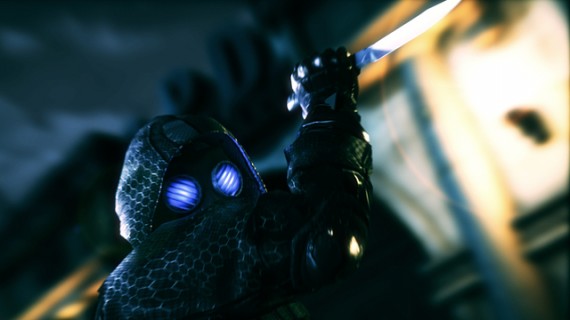 Resident Evil has always been focused on the single player campaign and the story of it, but now Capcom has decided to take the next game to a new direction by making a game where Resident Evil fans can take on a bigger challenge in the online world of Zombie butchering. The twist of this game is that this time zombeis aren't the only thing you should run and gun, now you have to take down other specialist units consisting of other human players who are out to get you too so you will have to watch out for a hell lot more now and lets not forget about our dear Bio-Organic Weapon friends along the way 😉

While this is a bold move from Capcom but it seems that this year is the prime time for Capcom to experiment with their leading franchises, I mean they are rebooting Devil May Cry and they are also giving Resident Evil something it's never had before. Let's go with the flow and see how things turn out for both the games.