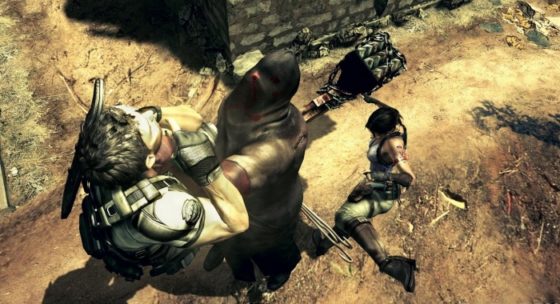 Mega Man mastermind Keiji Inafune has indicated that a formal announcement on Resident Evil 6 isn’t quite as far off as we initially perceived.

Speaking during a chinwag with Spanish site 3D Juegos, Inafune let slip that the success of Resident Evil 5 has meant that the Japanese giant is keen on getting another instalment in the long running horror franchise out the door as quickly as possible.

“Given the great success that supposed for us Resident Evil 5, we want that Resident Evil 6 leaves as rapidly as possible to the market. In fact, you will shortly have the news of Capcom about this..." he said.

Details on Resident Evil 6 are sketchy at present, though it is known that RE5 producer Jun Takeuchi won’t be involved with the project, and that the sequel will likely offer a gameplay reboot of some description similar to how RE4 revamped the series back in 2005.

hopefully we can expect a FULL update at the upcoming TGS (Tokyo Game Show) I for one am TOTALLY psyched Resident Evil 5 is one of my favorite survival horror games (although I can't think of them as survival horror any more considering they aren't even scary anymore, Dead Space IS a survival Horror game that truly gives you the chills) I have been waiting for a Resident Evil 6 announcement for a long time now and finally my prayers have been answered. Let's hope the release date is Q2-Q3 of 2011 or even sooner.