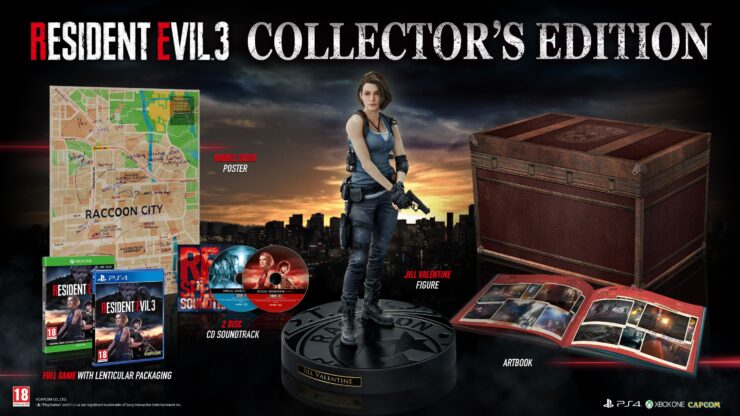 While the new version will have a similar playing style, the breadth is thinner due to the game lacking multiple endings and no unlockable mercenaries mode. Despite these elements being cut, Capcom are looking to more than make up for it by including the multiplayer mode Resident Evil Resistance. What is Resident Evil Resistance? Here's how Capcom describes it:

As the Mastermind behind the scenes, players can assume the role of key Resident Evil characters like Annette Birkin in a series of deadly experiments. Manipulate the environment and wield a deck of cards to place vicious creatures, set traps and weaponized security cameras to snare hapless Survivors. A first for the franchise, Masterminds can even directly control elite bioweapons like G-Birkin and Tyrant. In turn, four Survivors must effectively work together, making the most of a variety of weapons and each player’s unique special abilities, to stand a chance of escaping the experiment before time runs out.

So how exactly is Resident Evil 3 looking to lure you into the game's collector's edition? First and foremost, with a high-quality Jill Valentine figure. In addition to this, the collector's edition will come with a poster-map of Raccoon City, a printed artbook and also a two-disc soundtrack of the game.

The collector's edition and core Resident Evil 3 remake will launch on the 3rd of April, 2020, for the PC, PlayStation 4 and Xbox One. You can find out more on the official site or keep an eye on Wccftech where we'll bring you all the info as it's announced.