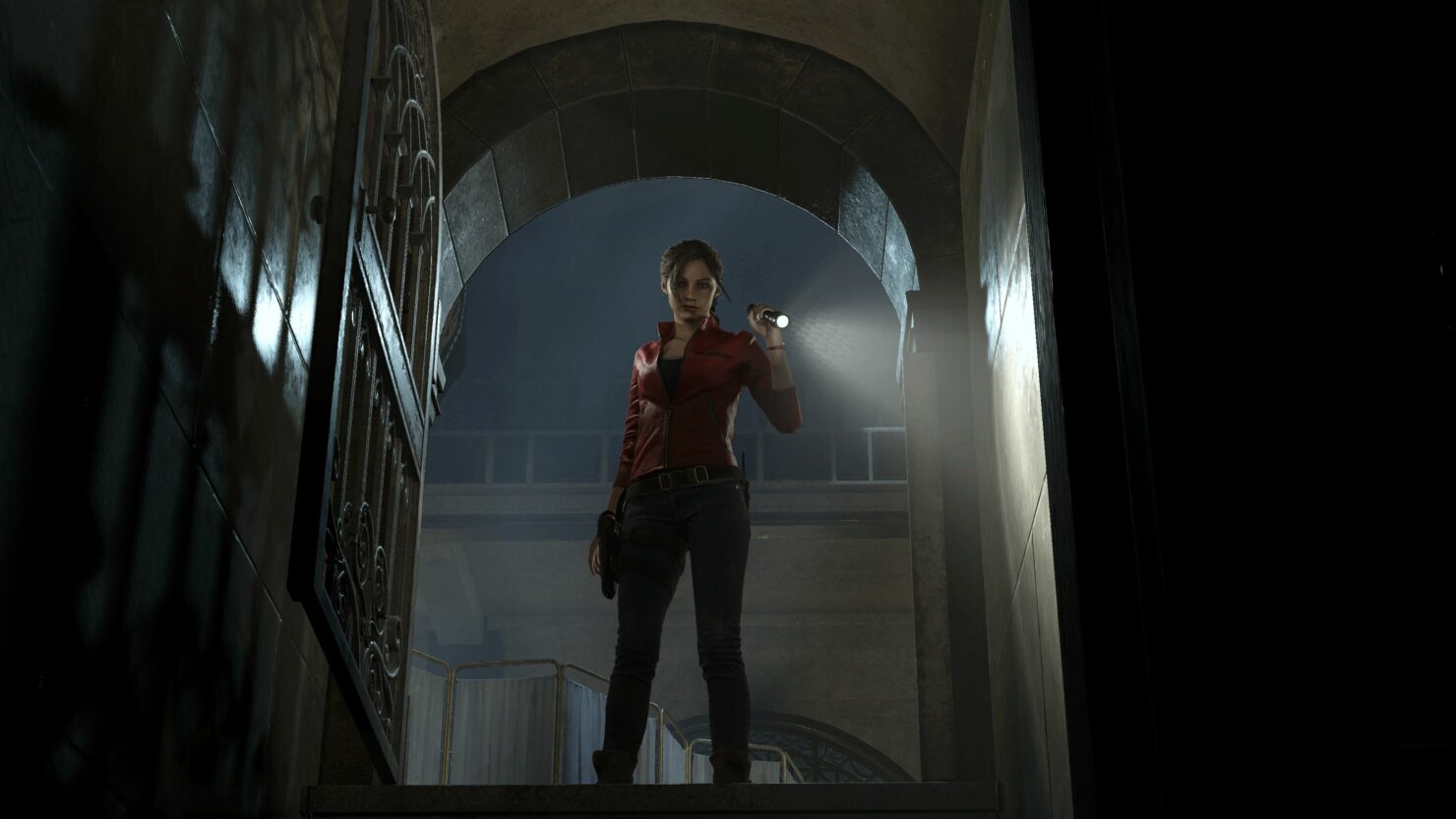 Earlier this year, at E3, we got to have a look at the Resident Evil 2 remake. At E3 it was the long-time series protagonist, Leon S. Kennedy who got to show his stuff. Here at Gamescom, I was able to take the place of the lovable Claire Redfield and face off against some bugger with a big eye. 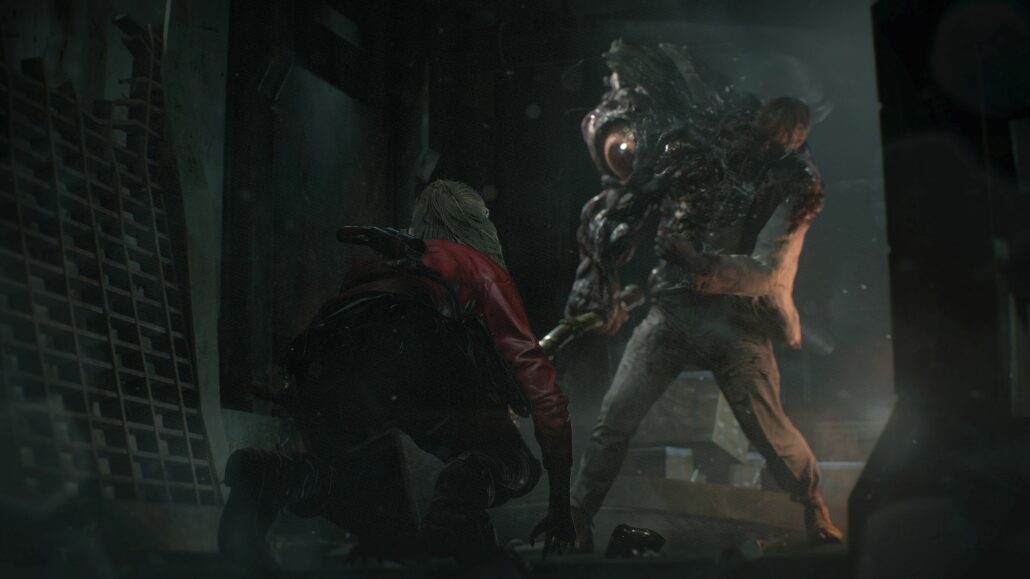 To be exact, this is a variation on the first battle with William Birkin in the original. Only the whole play through I was able to do here shows the variations and changes that Capcom are making. This is far from a simple remake, it tells the same high notes of the story but the path is different.

Indeed, as this demo was quick to show, the introduction and even the role of characters is quite different. In the original you met Sherry Birkin in the police station, hiding behind some boxes. She was a fairly annoying and useless character, always simply asking for help. Here, she's more rounded as a character. I was told to by a member of the Capcom team that she is designed to be considerably more realistic. She's designed to act more like a real girl.

You actually meet her first in the basement below Racoon City PD. She's quick to say "You need help", before pointing out "he's behind you". This 'he' is the aforementioned William Birkin who's looking a little worse for wear after being infected by the G Virus. This battle actually helps to show a number of the changes with the Resident Evil 2 remake. 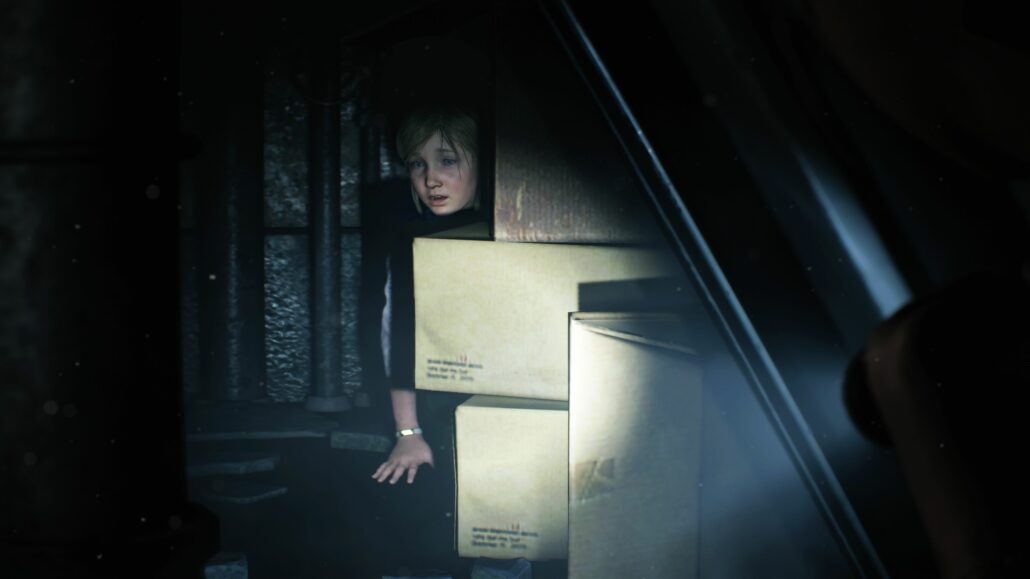 Of course the modern era isn't the right time for tank-controls. That'd just ruin the effect made with the fantastic level design, improved enemy and character design and the move to 3D. Resident Evil 2 naturally takes up the over-the-shoulder camera used by Resident Evil 4 and above. It's a natural fit and one that the company has shown they can get working perfectly.

What my time playing as Claire in this is just how effective the game is at capturing the atmosphere of Resident Evil 2. It was my first ever true horror game. Of course the nostalgia is there, but already the changes seem effective and made in an intelligent manner. For example, following the battle with William 'Big Eye' Birkin, you meet the rather violent and aggressive Police Chief Brian Irons in a completely different location. He, frankly, beats Claire to hell who is already a little too attached to Sherry.

There are a number of core changes. Previously, the game was divided into two separate stories. Leon A and Claire B. The Resident Evil 2 remake will be one concurrent story. It will switch between characters and elements will be mixed up a little, but it's all designed to be consistent and engaging, as well as terrifying. That's exactly what it is. As can be expected for any game of the current era, it looks fantastic.

I'm personally a huge fan of the Claire character design, I think she looks fantastic. It's especially impressive to see the dirt on her skin, how her form changes through damage and even light reflecting in her eyes. More than just Claire, Sherry look like a child with a natural fear on her face. Will looks hideous and I can't wait to see the later forms. The world in general just feels oppressive, with your torch being one of the few shining lights. 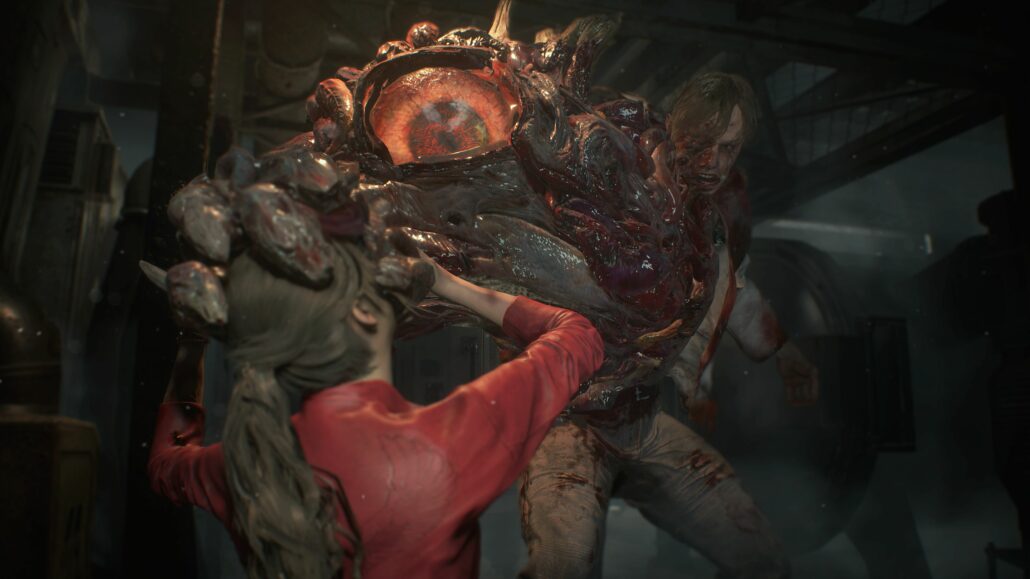 As for the battle itself. It's hard to really judge the game based on this - or maybe it's easy to judge that the game will be hard. I was told that, for demo purposes, Claire was given considerably more ammunition for the grenade launcher. If that is the case, I may end up struggling with the boss battle when I play the full game on release. I will be, make no doubts about that.

It didn't really take any getting used to, that's the main thing. While it may not be the strongest or more compelling of boss battles in the title, it's early enough to not be a big spoiler. I'm not exactly sure how I won, to be honest. I don't know if it was that I survived long enough until getting the required quick-time event. Maybe it was that I dealt enough damage and got the required QTE. Regardless, I won and the battle was an incredibly tense fare.

From what we've seen already with the Leon and Claire segments, this is pretty much the definitive edition of Resident Evil 2. I'm a fan, it was - as I said - the game that got me into horror titles. I'm not so far above admitting that the story has never exactly been fantastic. It will be interesting to see how exactly it has been changed and if Capcom have made changes for the better, as they said they have.

So far, all I can say is that the more I see, the more I'm looking forward to the Resident Evil 2 Remake. The big problem is that we all have to wait until next year as the game will release on January 25th, 2019 for PC, PlayStation 4 and Xbox One.