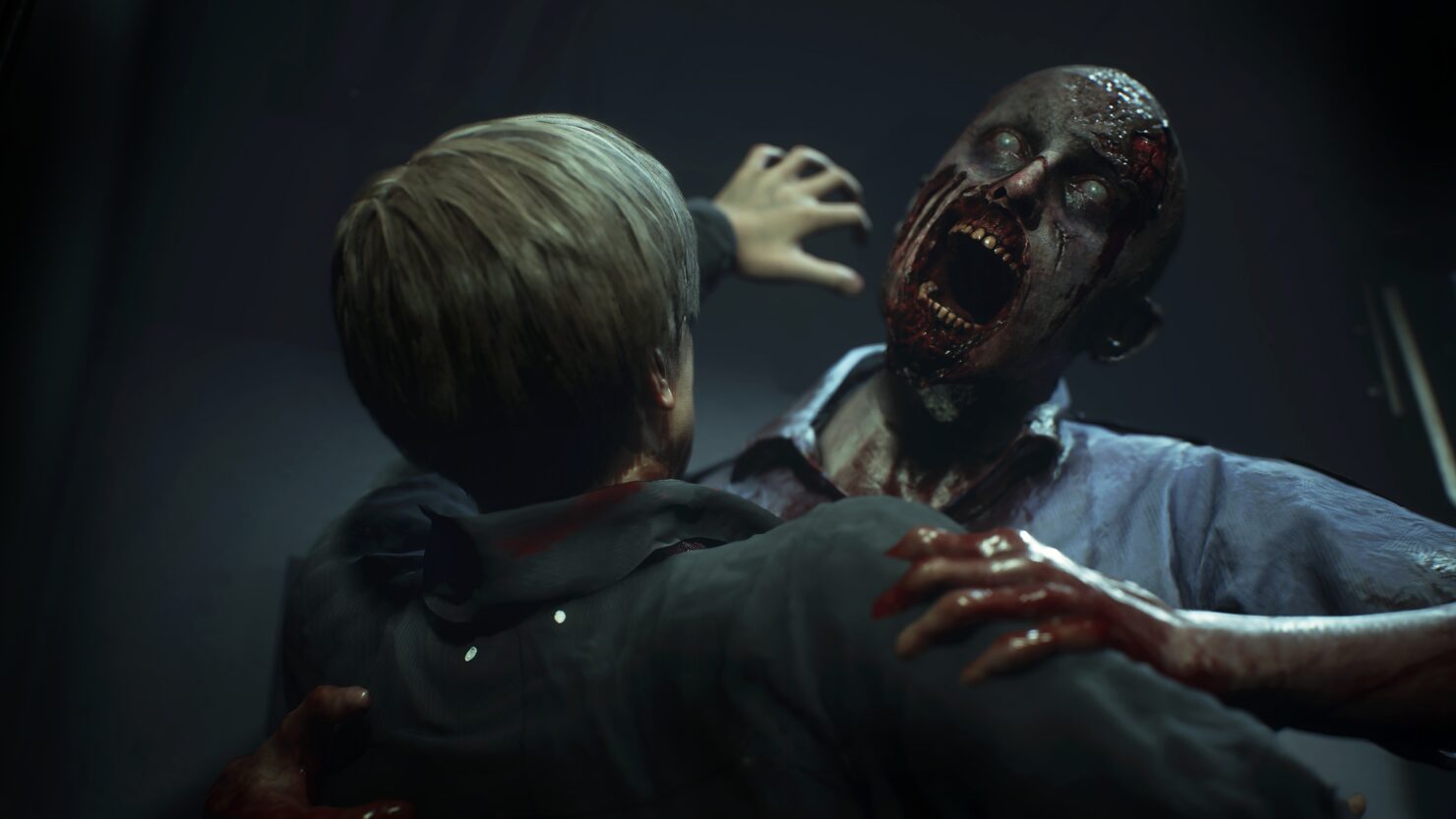 Resident Evil 2 Remake shouldn’t come as a surprise for anyone that’s been following Capcom even casually over the past couple of years. After all, the producer himself came out and proudly proclaimed beginning work on the project with his now infamous ‘We do it!’ statement. What fans might not have expected was a reveal during Sony’s E3 conference that took us all by surprise. Even more surprising was being able to actually get my hands on this latest Resident Evil with a quick playthrough of the opening segments of Leon’s campaign.

Stepping back into the opening foyer of the Raccoon City Police Department immediately took me back some dozen or so years since the last time I tried exploring through Leon and Claire’s B-side campaigns (the producers have mentioned recently that the A- and B-side campaigns are being merged into something more cohesive. What that means for Ada Wong is still to be determined). The water carrying goddess statue that greets visitors is one of the first things I noticed about the remake and it’s good to see that she still remains an integral part of the puzzles that Leon must overcome if he plans to make it out alive.

So many of the beginning puzzles, from the plates to various keys that unlock previously impassable doors, are instantly recognizable to their PS1 counterparts, but the origins and solutions to the puzzles that keep players from fully exploring the police station are unique to the new remake. Even if you know Leon’s campaign like the back of your hand, Capcom has remixed and reutilized the tools to create an adventure that feels fresh atop a nostalgic backdrop. The shift from the stationary camera angles to a more over-the-shoulder approach kees Leon in full focus while exploring the desolate police station, with nary more than a single other human soul that hasn’t been turned into a shambling menace. That camera angle is one I’ve grown rather accustomed to in Resident Evil games (VII was such a major departure from the formula that I often consider it to be its own thing) and I’m relieved to see this remake follow suit with a similar upgrade rather than keeping the tank controls and fixed cameras of the original release. 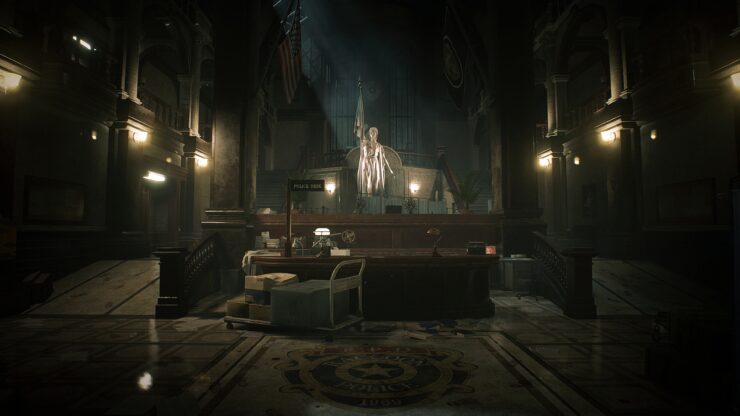 Fans should be pleased to know that the gunplay in Resident Evil 2 is a return to the slower, more methodical pace that the tank control-era Resident Evil games were known for. Leon S. Kennedy’s still a greenhorn when it comes to handling a gun, so don’t expect the crazy melee combos and gun flourishes that he grew to be known for in later titles. The narrow corridors of the RPD’s side halls are the perfect width for Leon to face off against the shambling undead, placing carefully aimed rounds into their legs to stagger them before running up and finishing them off with the knife. The few zombies I ran into took more bullets to down than I would’ve preferred and I didn’t quite get the chance to unlock the combat shotgun from the RPD armory lockers before my timed demo wrapped up.

In a change of pace from usual RE games, Leon’s knife appears to be a consumable item with a durability gauge that seems to degrade with use. This initially feels like an evolution of REmake’s defense weapons with a reusable tool instead. However, I worry that some puzzles may be temporarily unsolvable if you wind up ruining your knife (one such puzzle requires cutting tape off of a power box in order to reactivate an emergency gate that’s blocking your path).

Perhaps one of the biggest surprises about Resident Evil 2 Remake is just how bloody good it looks. All of the little nuances and signs that the Raccoon City Police Department is recently trying to fend off an outbreak they were not prepared for shine through with the power of next gen consoles. Scratches on the walls, the telltale signs of blood and gore lingering after an offscreen zombie encounter, even the disheveled press conference room that’s been hastily abandoned all look marvelous with this latest rendition of Capcom’s most memorable survival horror title. If the early demo is already looking this good, I’m excited to see what new surprises Capcom can bring to this horror experience. 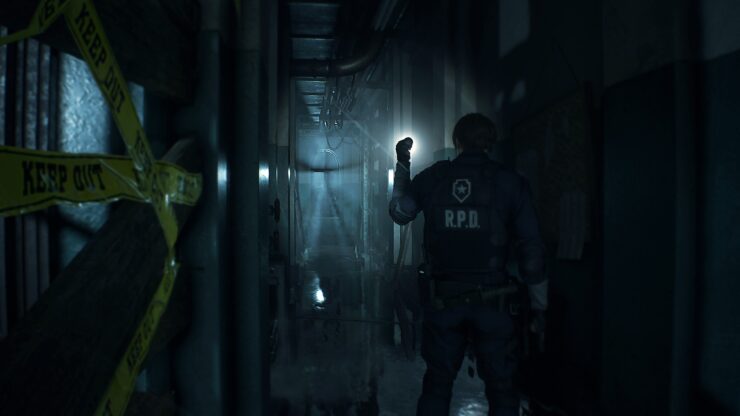 Even in Resident Evil 2 Remake’s early phases, the development team at Capcom are capturing that signature survival horror feel while crafting together an experience worthy of being showcased on the latest consoles. Resident Evil 2, and the larger series at play, have been a part of Sony’s legacy for two decades and the amount of love and dedication to making this one of the best survival horror series is definitely on display with the short time I had with the Resident Evil 2 Remake demo. It’s a passion project that fans have been asking for ever since Chris and Jill’s inaugural escape from the Spencer Mansion that’s seen remakes on most modern consoles now. The wait can’t be over soon enough to get back into Raccoon City and sightsee its most visually impressive incarnation to date.