Resident Evil 0 HD Remaster Will Be Available On January 19

Capcom announced that the Resident Evil 0 HD Remaster will be available in North America and Europe on January 19. You'll be able to pick it up for PC, PlayStation 3, PlayStation 4, Xbox 360 and Xbox One. 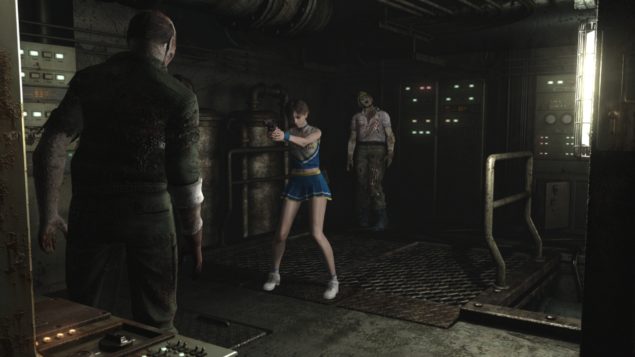 Resident Evil 0 HD Remaster, the origin story of the franchise, will be available to purchase digitally on this date for $19.99 / EUR 19.99 / GBP 15.99. The digital title contains not only the fully remastered game, but new features such as an alternate modern control system and brand new Wesker Mode, where players can face the challenges of the mansion playing as the infamous villain of the series. Additionally, when pre-ordered on all platforms (except Xbox 360), you will receive an exclusive costume pack, which will see Billy armed as a member of Wolf Force, with Rebecca as a cheerleader. Alongside this, another bonus will be an in-game Resident Evil 0 t-shirt for Rebecca.

Capcom also shared some screenshots and a trailer for the pre-order costumes.