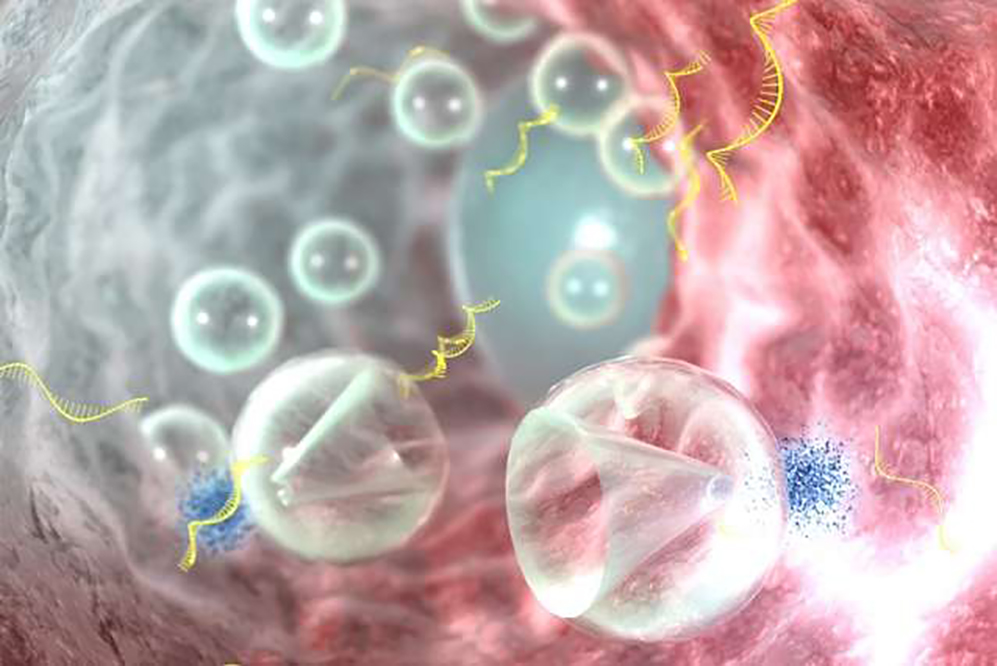 Researchers at the MIT and Brigham and Women’s Hospital have managed to inject RNA (ribonucleic acid) into colon cells using bursts of ultrasound waves. This is a big deal because the RNA injected was able to dramatically reduce the proteins responsible for inflammatory bowel diseases (IBD) in mice.

The study’s lead author, Carl Schoellhammer commented: “What we saw in this paper was the ultrasound can enable rapid delivery of these molecules. In this case, it was pro-inflammatory molecules that we were shutting off, and we saw tremendous knockdown of those proteins.”

This research has been going around since 2015, where the aim was to enhance the delivery of drugs to the gastrointestinal (GI) tract. It came to the attention of many that instead of small molecule drugs, they ought to use the RNA to reprogram the harmful proteins in the tract. The RNA has short interfering (siRNA) which can alter and turn off specific genes responsible for those harmful proteins.

How can RNA be transported to their target cells?

Now the trick about RNA is that one, it is bigger and heavier than other molecular drugs. Two, it gets disintegrated before actually reaching the colon cells. So, there had to be a way in which the RNA could be transported within seconds to the cells without disintegrating.

The answer: ultrasound waves. Ultrasound waves propel drugs very quickly to the target cells by the method of transient cavitation. At low frequencies, the ultrasound produces tiny bubbles in a solution which burst and produce jets that push the drugs and the RNA to their target cells.

In the trials on mice, this resulted in sevenfold to tenfold reduction in those inflammatory proteins. It was also noted that there were no adverse side effects on those mice. This is a positive result because this means other gastrointestinal disorders can also be treated without harming the body in any way.

Scientists on this research have already formed a company by the name of Suono Bio, to develop a tech for this process. In fact, they are also working on miniaturized devices to carry the RNA on ultrasounds to their target cells. If this technique passes all the clinical trials, we could possibly be seeing it reprogram protein production in cancerous cells as well.

You can read more about this on the MIT news.