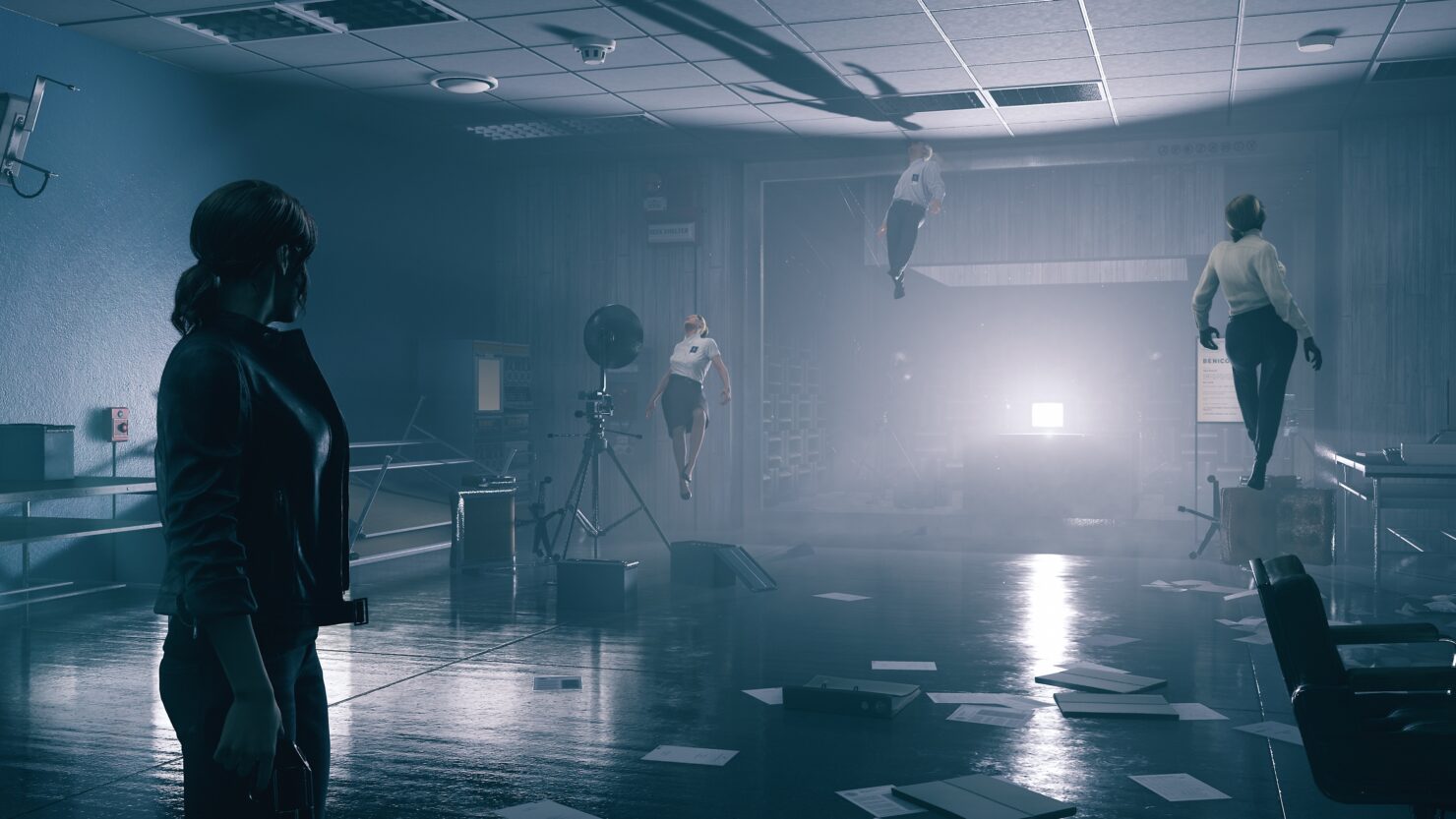 Control, Remedy's latest Metroidvania inspired action/adventure game, is a great game all around. Arguably, though, the star of it all is the setting, which is described in-game as 'paranatural'.

Speaking with GamesBeat, Sam Lake (the artist name of Sami Antero Järvi), the renown Remedy writer and actor that gave the face to Max Payne, discussed the intricacies of this new setting featured in Control. He described it as inspired by the 'new weird' literary genre.

What was really interesting to me as an idea for Control — we were taking the genre of the “new weird,” this literary genre, which takes this approach that we’re dealing with things we don’t understand fully. It can’t be explained satisfactorily and handed to you like, “Here’s the answer and this is what it’s all about.”

Balancing that, you still have a very strong idea yourself that it’s about these things. But then having that constraint of never spelling things out. Walking that tightrope so everybody has enough to piece together and form a theory, but not so much that we take away the opportunity to do that and just hand the explanation to you. That, in some ways, excites me in the genre of new weird, reading these stories. I find my interest sparked when something is well-made and it feels to me like I’m not quite smart enough to understand everything.

I know that for some people that’s a total turn-off. But for me it’s interesting. Sometimes it’s even like — that draws me toward David Lynch, his work. It’s very dreamlike. When I watch the latest season of Twin Peaks, say, I feel happy watching it. I feel like I’m in safe hands. It’s hard to understand, and yet it feels right. It feels like there is a meaning. Nothing breaks that in any way. It’s very well-made.

I almost come to a point where I don’t even need to figure out the exact meaning. I have this safe feeling. Life confuses us, confuses me, many times. There aren’t always ready right answers in life. I feel that in art, you don’t need everything spelled out to you, as long as it’s well-made. The badly-made version is that it pulls you out of it and you start to doubt that it means anything. There are enough mistakes that it doesn’t add up. Then it collapses and it’s ruined. It’s a careful balancing act. That’s very much what we were trying to do in Control, to create a feeling like that.

If you haven't managed to play Control yet, do yourself a favor and grab it when you find it on sale. The game is also set to expand with a couple of expansions at some point in 2020.