Unless you are living under a rock, you know that The Last of Us was one of the very top and fine games released last year. The game won over 200 game of the year awards and became leading PlayStation 3 game of 2013. To continue the legacy of it's highly critically and commercially acclaimed video game title, Naughty Dog has decided to bring the game to PlayStation 4. 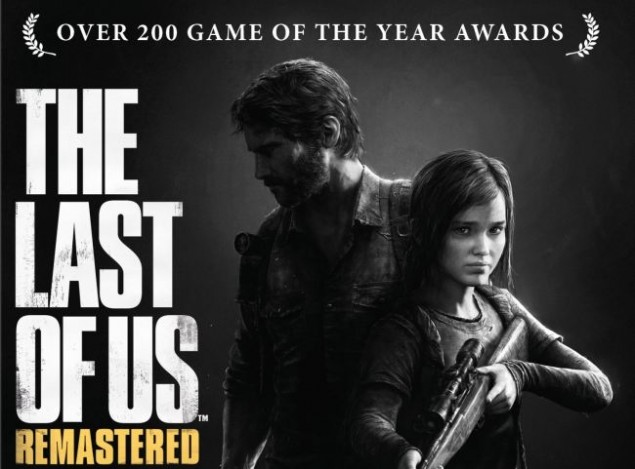 Developed by an American video game developer known as Naughty Dog, The Last of Us is an open world action-adventure survival horror video game that was released exclusively on PlayStation 3 on June 14, 2013. The game bombarded the awards and sales charts by selling over 1.3 million copies in first week of its second largest video game launch of 2013. After the launch of PlayStation 4, most gamers questioned that will Sony bring The Last of Us to its next-gen video game console.

Plenty of rumors and speculations came up after the launch of PlayStation 4 regarding The Last of Us next-gen port. Most gamers knew the port was inevitable. A couple of days ago, some news about a leak regarding the game came up on the internet. It was reported that a neoGAF user had captured an ad on PlayStation Store which revealed The Last of Us Remastered for PlayStation 4.

Only hours after the aforementioned spotting, Sony officially confirmed in a new press release on the Sony Store site that The Last of Us Remastered is coming to PlayStation 4. Next-gen port of the game is set to release in Summer 2014 and those who decide to pre-order the game will receive additional perks. Just now, Sony has also released an announcement trailer for The Last of Us Remastered. The trailer can be viewed below.

After confirmation of The Last of Us Remastered for PlayStation 4, many gamers started to question about how the developer is managing the port. Naughty Dog Community Strategist Arne Meyer shared some more details and information about the game on NeoGAF. He also answered questions like how Naughty Dog will handle frame rates and cutscenes while making the next-gen port.

In response to a question about how the developer will manage cutscenes for the new game and whether original The Last of Us cutscenes will be used or will they be re-rendered or even rendered in real time, Meyer said:

"That’s all still in progress, but they were at least be rerendered in the higher 1080 resolution plus maybe whatever else we can add. I highly doubt we’d do them real-time based on our past history with cinematics, so I wouldn’t hold my breath for that.

Franklly, the visual fidelity of our PS3 cinematics were pretty fantastic. I’d love to see the gang push beyond that, but it is a pretty high bar to start from! As we get closer to release, etc., we can probably shed some more light on all this."

Meyer also discussed cinematics frame rates and commented on the issue of 30 vs 60 frames per second:

"We’ve been putting out games at 30fps (more or less, yeah) for a while now. I mean, if you want only 24fps, that will let us put a whole lot more effects in!

Speaking less sarcastically, 30hz, 60hz and anything in between is more than just about being cinematic, it’s about the underlying systems that affect gameplay and how they refresh. Your body/eye can’t compensate for that like it does when watching 24fps source material on film. Don’t get me wrong, I’m a huge cinephile and buy Criterions, watch things in as original format as possible, etc., but in games, as most of us know, the higher the frame rate you can pull out, the better the overall experience, generally speaking.

Games vs. TV don’t have that “soap opera” effect at higher than 24fps frame rates in my experience, but then again I’m not a dark10x frame rate peeper ;

I, for one, am looking forward to seeing our final result with TLOU PS4."