Rejoice – No QTE’s Are Expected In Kingdom Hearts 3

Quick Time Events are sometimes the literal interpretation of horrible gameplay. It's almost as if they're added as an aside with little thought to their value. A means to "interact" more with the game. Kingdom Hearts 3, however, won't be utilizing them at all, thankfully. 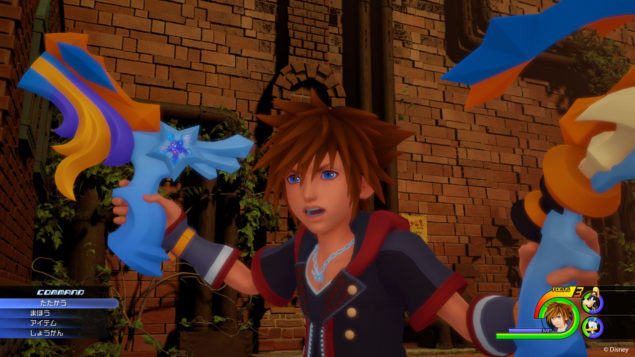 Kingdom Hearts 3 will abandon the QTE in favor of far better ways of interacting.

Instead of including the dreaded QTE, otherwise known as the Reaction Command, to provide variation and difficulty, you'll just have to be quick on your fingers in a more normal way. Good timing will be rewarded, though you won't have to hurriedly mash buttons as you attentively stare at the screen.

The games producer, Tetsuya Nomura was able to sit down with Dengeki (via GamingBolt) and let fans know that there have been some changes for the better when it comes to the battle system.

“QTE (Quick Time Event. Actions that execute at the touch of a button according to when it displays on screen) isn’t there anymore. For people who have seen the “flashy” battles in Kingdom Hearts II, it felt like there were too many of them when doing these operations.”
- Tetsuya Nomura

Gamescon is just around the corner and it seems that Kingdom Hearts 3 should make some kind of an appearance. Whether we'll see more gameplay or receive more details, we're not quite sure. It would be fantastic to see a concrete release date, though they're playing coy. But Kingdom Hearts 3 should raise the bar just ever so slightly with it's clever immersion in Disney assets with a witty flair.