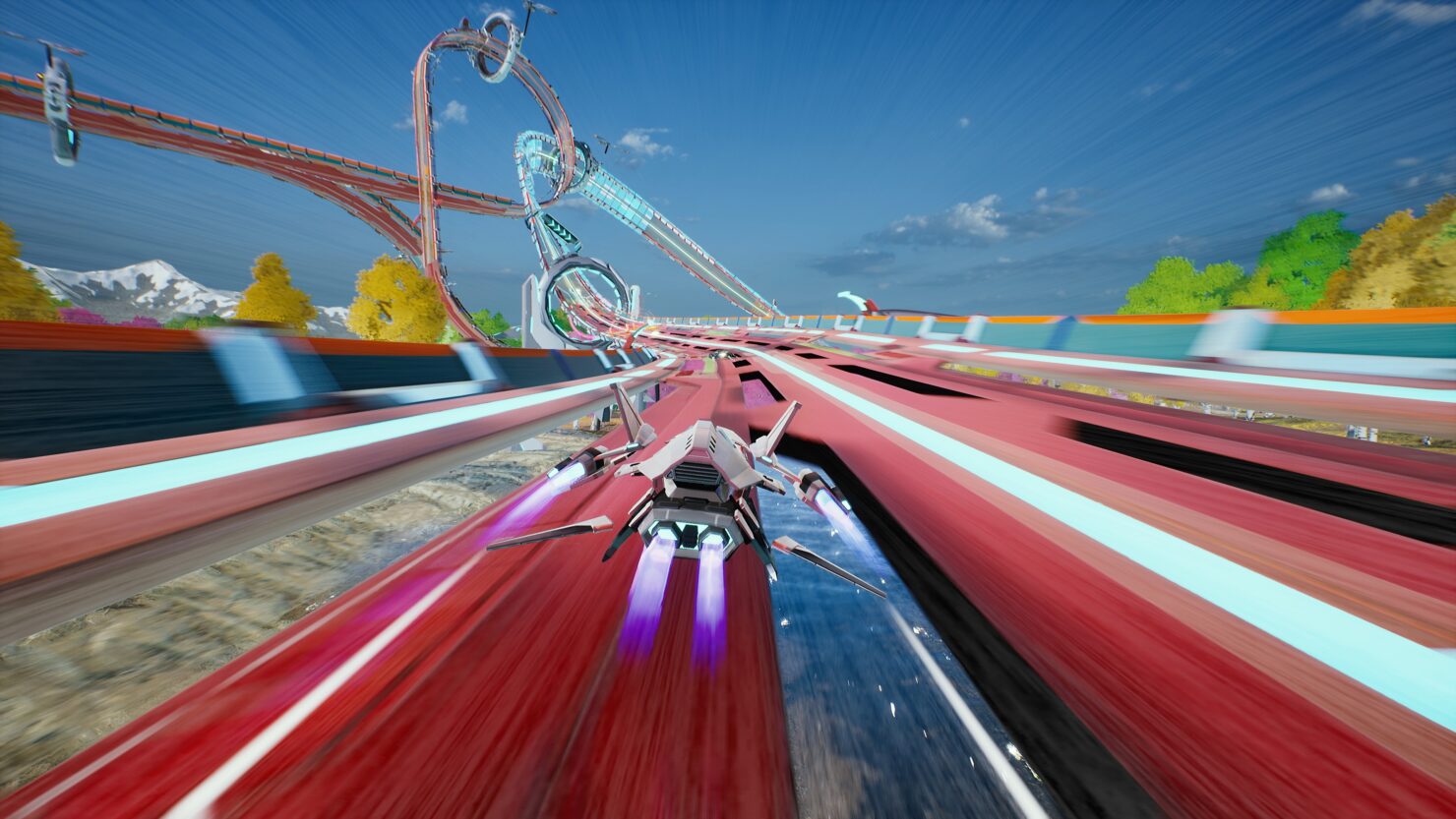 Redout was originally released in 2016 and is a game that’s been re-released multiple times as enhanced ports or other platform releases. Today, though, the developers at 34BigThings have an announcement to make; Redout will be getting a sequel sometime this year in the form of Redout II. That sequel also has a gameplay overview trailer, which you can watch below.

Racing games are already a niche genre in their own right, and space racers are essentially a niche within a niche. Titles like F-Zero, wipEout, and Antigraviator take the idea of racing on futuristic tracks and push it as far as possible. The legacy that wipEout has made is why the Redout series was born, and what we’re talking about today.

Right away, the game has much more control offered to players than its predecessors. The game isn’t just about acceleration, braking, and turning, now you have strafing, landing control, and vehicle pitch to manage as well. That sounds very overwhelming, on an entry-level, but no need to fret, 34BigThings has you covered.

Inside the game options lies an enhanced calibration system where you can set various levels on how much you would like the game to assist you on various aspects, such as strafing. It allows players to enjoy the game while not worrying too hard about the rather demanding control needed to function properly.

Redout II also has 36 tracks sprawled out across 10 unique locations, each bursting with color that makes them all feel unique. Also, all tracks will be able to be played in reverse (a feature not in the first game), giving players access to 72 tracks to race through at breakneck speeds.

The game’s customization has gotten a massive upgrade. Previously, you could only upgrade stats and change the paint job of your vehicle. Now, you get access to 12 unique chassis that, after selecting one, the game allows you to customize basically everything about it on a visual and performance level, from engines, to thrusters, to spoilers, you name it.

Other features include an expanded career mode with six gameplay modes and 12-player online support on most platforms. Though, we probably already know which platform may experience smaller lobbies as is. Redout II will release sometime in 2022 on PlayStation 5, PlayStation 4, Xbox Series, Xbox One, Nintendo Switch, and PC via Steam and the Epic Games Store.