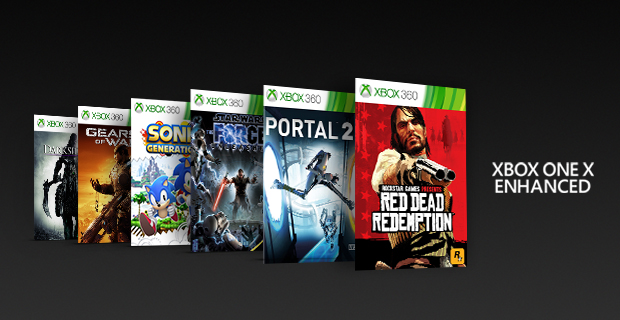 Red Dead Redemption Xbox One X enhanced has been announced by Microsoft alongside XB1X enhancements for Darksiders, Gears of War 2, Portal 2, and Star Wars: The Force Unleashed.

Microsoft announced the Xbox One X enhancements for the Xbox 360 titles during today’s broadcast of Inside Xbox. We’ve included the episode below:

“Starting today, fans can play Sonic Generations for the first time on the Xbox One family of devices alongside other Xbox 360 favorites that will receive Xbox One X Enhanced updates such as Darksiders, Gears of War 2, Portal 2, Red Dead Redemption, and Star Wars: The Force Unleashed”, Microsoft wrote on its official Xbox Wire.

Running these enhanced Xbox 360 games on the Xbox One X allow for a higher resolution and 9X the original pixel count. Players have the option to choose whether they want to experience the games with enhanced graphics or in their original form.

We’ve included a comparison video and some screenshots from the game running on the Xbox One X down below. Truth be told – it does look amazing on Microsoft’s enhanced Xbox One console.