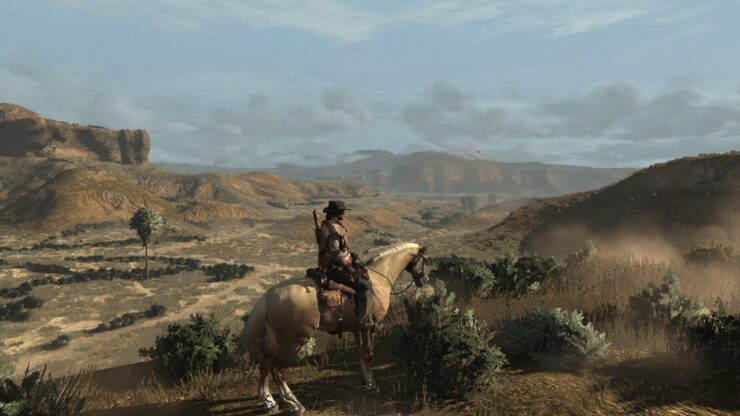 Red Dead Redemption, the open world game released a few years ago on PlayStation 3 and Xbox 360, has never been released on PC, something unusual for a game developed by Rockstar. After so many years, chances of the game finally getting a port are very slim, but starting next week it will be possible to enjoy the game on PC through the PlayStation Now service.

It's been confirmed earlier today that Red Dead Redemption and its expansion, Undead Nightmare, will become available on the PlayStation Now service from December 6th. While this is far from being optimal, it's definitely better than nothing.

Last month, Rockstar Games finally confirmed that Red Dead Redemption will be getting a sequel. Very little is currently known about Red Dead Redemption 2 other than the fact that it will launch on PlayStation 4 and Xbox One next year and that it will feature a multiplayer mode. While a PC version hasn't been confirmed, analysts believe a port of the game will be released sometime after it becomes available on consoles, just like it happened with Grand Theft Auto V.

Red Dead Redemption is now available on PlayStation 3 and Xbox 360. Xbox One owners can also enjoy the game through backward compatibility.