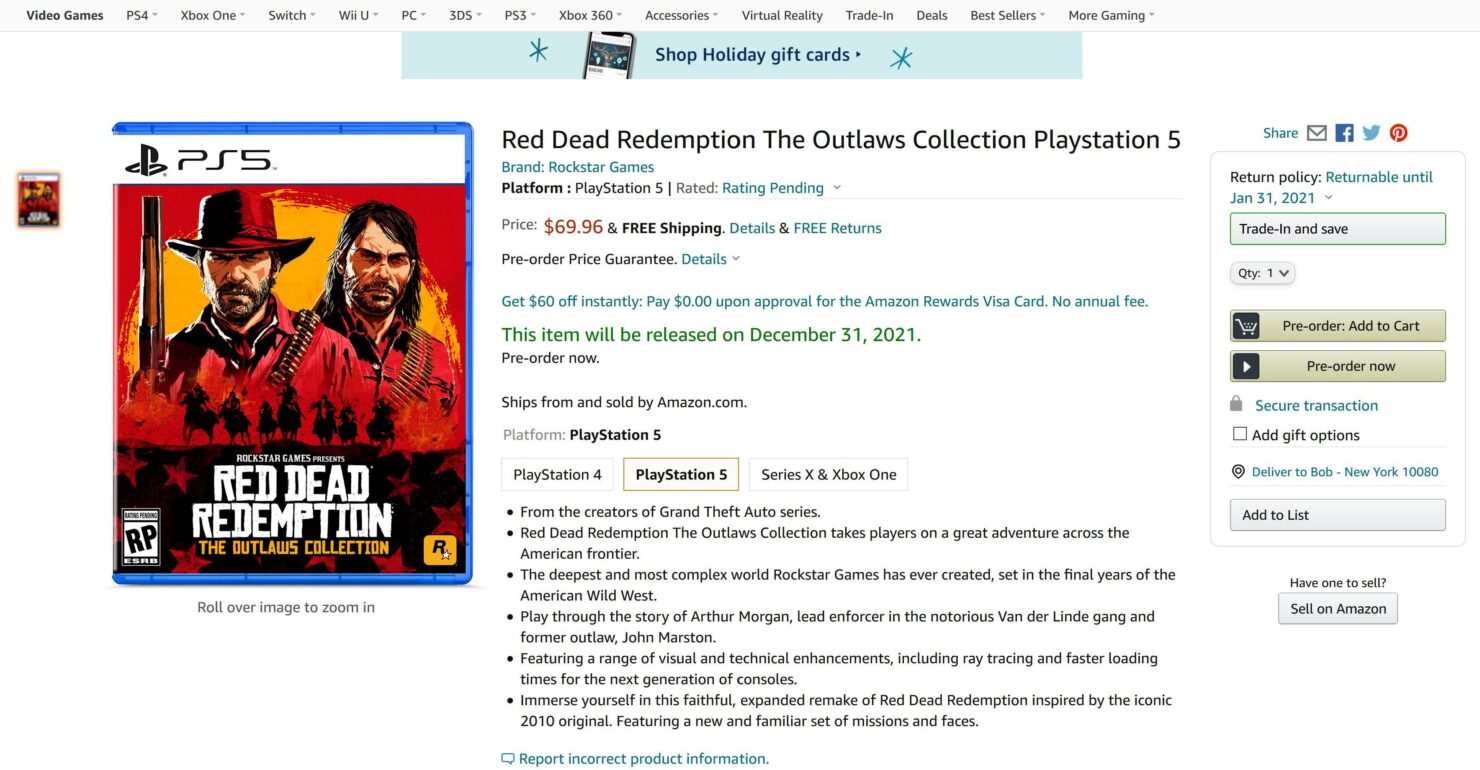 In a since-deleted listing by Amazon, Rockstar Games is reportedly working on a collection of both Red Dead Redemption titles that will be making its way to next-gen sometime next year. The listing was first noticed by Twitter user @GameLeaksRumors and has since been removed by Amazon but not before they were able to get screen captures of the product page. Red Dead Redemption: The Outlaws Collection so far looks like an impressive bundle to get both award-winning titles together in one package that's perfect for the next console generation.

In addition to offering players a version of Red Dead Redemption 2 on next-gen consoles (it's already available as backwards compatibility), the listing hints at a full remake of the original Red Dead Redemption more than a decade after its original release. The posting mentions that the remake will feature "a new and familiar set of missions and faces", so expect Rockstar Games to add in some new content to the original RDR to tie both games together.

Been curious about playing Red Dead Redemption 2 and haven't bit yet? Here are Alessio's thoughts on Rockstar Games' cowboy epic:

The listing also mentions an array of technical enhancements including ray tracing and faster loading times, thanks to the power of the SSD powering both next-gen consoles. Xbox One should also see plenty of improvements over the original Xbox 360 version of Red Dead Redemption 2.

Red Dead Redemption The Outlaws Collection listing has leaked on Amazon, and it includes RDR Remastered an enhanced version of RDR2. pic.twitter.com/IcGolF5avv

Both titles are listed at a $69.99 price point, common for PlayStation 5 titles and an overall great value for two of Rockstar Games' best open world titles to date. With The Game Awards arriving on December 10th, I wouldn't be surprised to hear more news and get the first trailer for Red Dead Redemption: The Outlaws Collection during the ceremony.