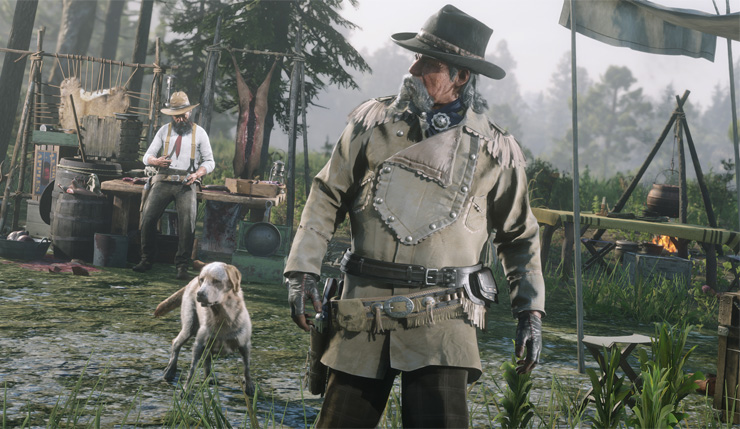 [Update 11/5] Since publishing our initial article, a new version of this Red Dead Redemption 2 mod has been released by its creator, including a preset for GTX 950 GPUs.

[Original story] A new Red Dead Redemption 2 mod has been made available, optimizing the game’s visual settings for those with, at least, a 2GB VRAM graphics cards.

Created by ‘Denis Winter’, this modification is basically a modified settings file that allows users to use the game’s medium graphics settings when running Rockstar’s game on a 2GB VRAM GPU. For those unaware - the game prevents using medium settings when using such a GPU. According to the modder, the mod uses a mixture of low, medium and high graphic settings for a balance between maximum quality and performance on a 2GB DDR5 GPU.

While it depends on your hardware setup, various users of the mod have reported notable performance gains with FPS improving from mid-30’s to 45-50FPS. If you’re using a 2GB VRAM GPU and want to improve performance, I suggest checking out this mod. Please note that Red Dead Redemption 2 is one of the most demanding current-gen titles, and performance gains are not guaranteed.

This new Red Dead Redemption 2 mod for PC can be downloaded via Nexusmods right here. Please note that there are various versions available – pick the one that best suits your setup.

Red Dead Redemption 2 is available globally now for PC, PlayStation 4 and Xbox One. The game was initially only released on consoles in 2018. The PC version launched one year ago.

America, 1899. The end of the Wild West era has begun. After a robbery goes badly wrong in the western town of Blackwater, Arthur Morgan and the Van der Linde gang are forced to flee. With federal agents and the best bounty hunters in the nation massing on their heels, the gang must rob, steal and fight their way across the rugged heartland of America in order to survive. As deepening internal divisions threaten to tear the gang apart, Arthur must make a choice between his own ideals and loyalty to the gang who raised him.