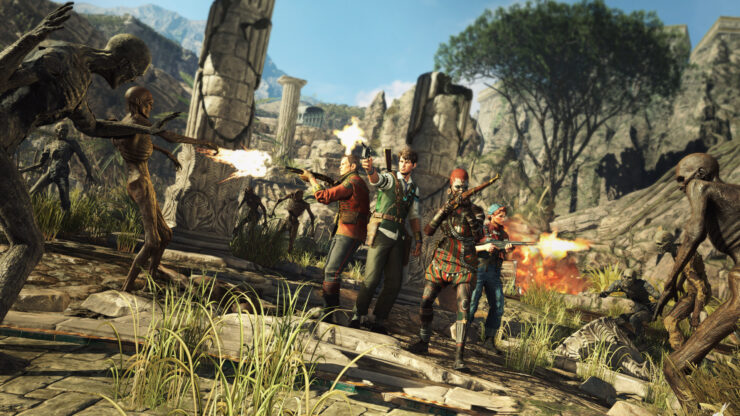 The other week at EGX 2017 I was lucky enough to catch up with Rebellion's Head of Marketing Robbie Cooke, and he sat down with me for a chat about Rebellion's next big game; Strange Brigade.

We wrote a big preview on what we thought of Strange Brigade here, but for more insight on the development of the game and Rebellion's future plans, just take a look at our interview with the man himself below. 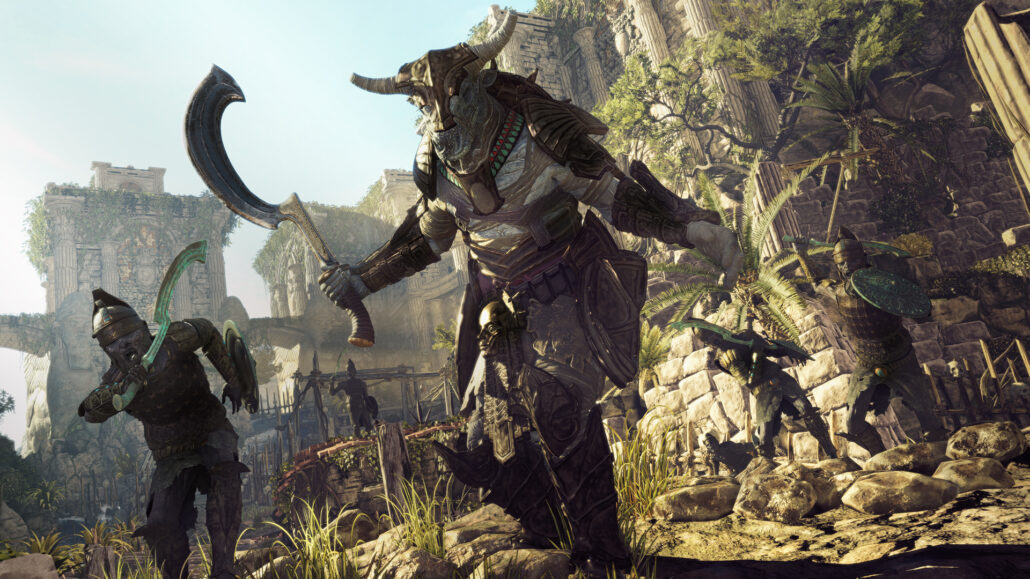 It's quite an interesting era, it's set in the 1930s so it's actually pre-World War II and it tries to capture the media of the time that was naive in many ways, and all about adventuring and good vs. evil, talk of all these strange continents that people hadn't been to before. But we also try to poke fun at the colonial attitude at the time, and poke fun at the British assumption that we're the best at everything, and also have a nice mix of characters from all over the globe as well.

I really liked the mix of characters and influences, but that stretches to the enemies too. I was fighting some sort of... Zombie Egyptian things?

The story is that you're fighting a Witch Queen who has come back from the dead; there's a huge period of Egyptian history that was wiped from the hieroglyphs, and it's up to your team to send her minions back to their shallow, sandy graves. We've got a mix of enemies, we've got the Zombie-esque husk enemies, but there's also proper Mummies, plenty of bandages, and we'll have some much bigger mythical beasties.

I saw Anubis tower over me, he looks very intimidating. When fighting against massive enemies like that, does the gameplay stay the same or does it change when fighting bosses? Will we see environmental traps, etc.?

We're still early on in development in many ways; we've got our environments and we've planned out the enemies that we want, but in terms of mixing up the gameplay, we want to keep it as varied as possible when it comes to the bigger enemies. We're finding ways to make them terrifying, but also fun to battle. You saw Anubis in our teaser trailer, but we'll also have a Minotaur-esque enemy. There'll be a lot of tactics, and in a team of four, it'll be a lot of fun.

I'm guessing there'll be online co-op, but any chance of local co-op?

No local co-op, no. But it will be online, and you can play the entire game on your own, or in four player co-op online. We may add in extra modes, but at the current stage we're focused on the narrative and the campaign, but we are hoping to expand the game further.

Will there be a range of environments in the final game?

It'll be very varied, in general the game is set in North Africa across a variety of states that had different names back in the 30s - we're not nailing down locations, but there's clear influences from parts of North Africa and mythological architecture too. You're gonna see pyramids, you're going to see temples and fun things. We're gonna mix up the daytimes and add in some extra things; sandstorms come in during the current demo and we're working on things like that. We want it to be varied like our previous games, like Sniper Elite 4. Even with Sniper Elite 3, you had a lot of variety with canyons, desert areas and more. We'll be showing off more environments closer to launch.

Can I assume it'll all be done with the Rebellion sense of humor?

RC- I don't know if it's Rebellion as a whole studio, but there's certainly parts of the team that have got their way! Zombie Army Trilogy is one of my favorite games we've done because it's got the imprint of some members of staff in it, who love their B-movie horror and 80s zombie films. And I think this has a touch of our owner Jason Kingsley in it. One of the inspirations for the game was this 1930s picture book with a picture of a tiger jumping onto a car, and that's one of our main inspirations or launching points for our idea behind the game. I'm sure you've heard the voice work from our actor Glen? It's fantastic, and will really be driving most of the humor, picking apart some of the things you're doing but also giving a sense of over the top comedy to it.

I'm tempted to ask, is it in the same universe as the Zombie Army Trilogy?

Players will have to make up their own minds! There is a character called Frank Fairburn in it, so if anyone wants to look that up and make some connections they're more than welcome... Though I don't think we'll be making any statements about canon right now! It's not a sequel or prequel to any of our other games, very much it's own thing.

I think Strange Brigade will be an interesting game for us because what started as a fun little side project has become our major release of the coming few months, and I hope people see this as a major Rebellion release and an exciting new IP. It's easy when you're an independent studio to play it safe, and rely on sequels, and of course we're happy with the Sniper Elite series and Battlezone, but a new IP is one of the most exciting things a studio can do.