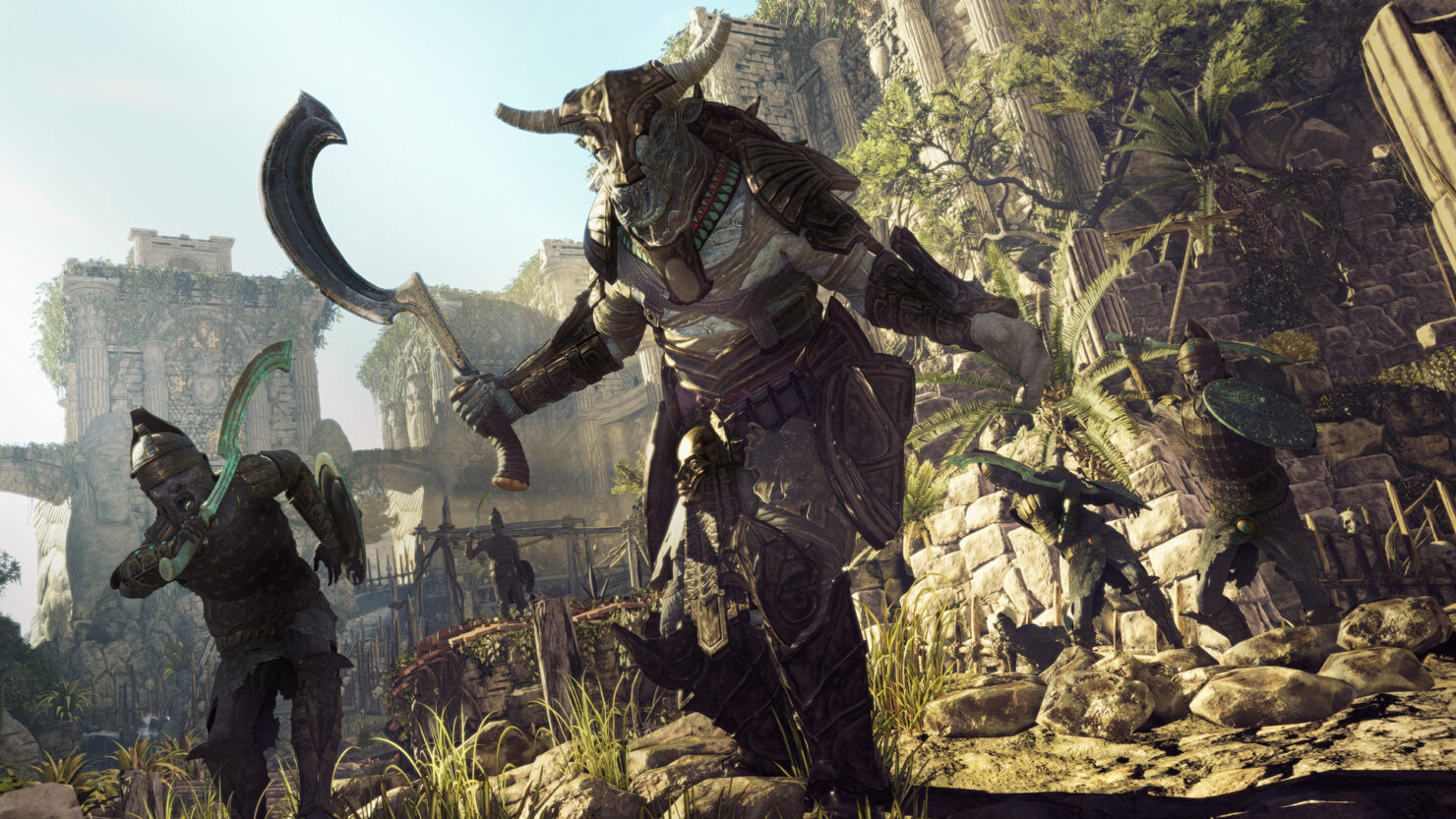 One of my favorite parts of video games is how they take me to a different time and place, and one of the very biggest benefits of this, for me, is how that time and place doesn’t even have to be real. I can experience worlds, universes and cultures that have never even existed. It’s magical. But one thing that might be even better than that, is when video games put a bit of that fantasy into our own reality, just as Rebellion have done with Strange Brigade.

It’s the 1930s, the British Empire is a major global superpower, and there are parts of the world that brave British explorers have discovered that they may have wished the left well alone. Mummies, Zombies, a giant version of the Egyptian God Anubis coming to crush you? Yep, Strange Brigade has all of these and more - and that’s just the start. 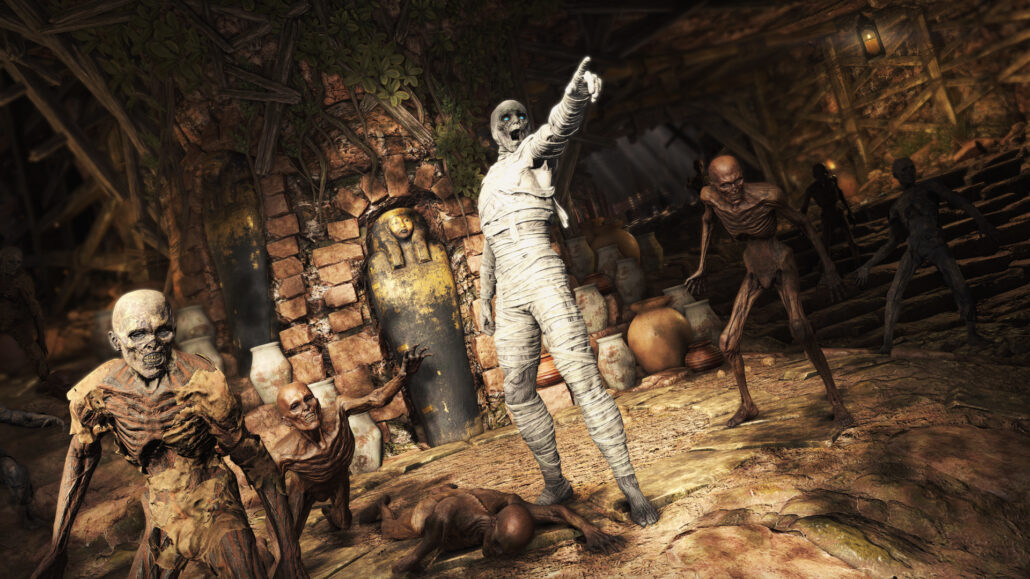 Strange Brigade is a multiplayer shooter that wants you to grab a team of pals before you all set out to explore lost tombs and delve into the ruins of long-lost civilizations. As massive and violent creatures attempt to stop your conquest, all you need is an ample supply of bullets and you’ll eventually make it through.

Set in North Africa, Strange Brigade tackles the cultural curiosities and includes characters inspired by what you might’ve found in the region at the time - although of course, Strange Brigade likes to dip into the mysterious and fictitious. While playing as an African tribal woman, I shot down waves of mummy creatures and came face to face with death a fair few times. 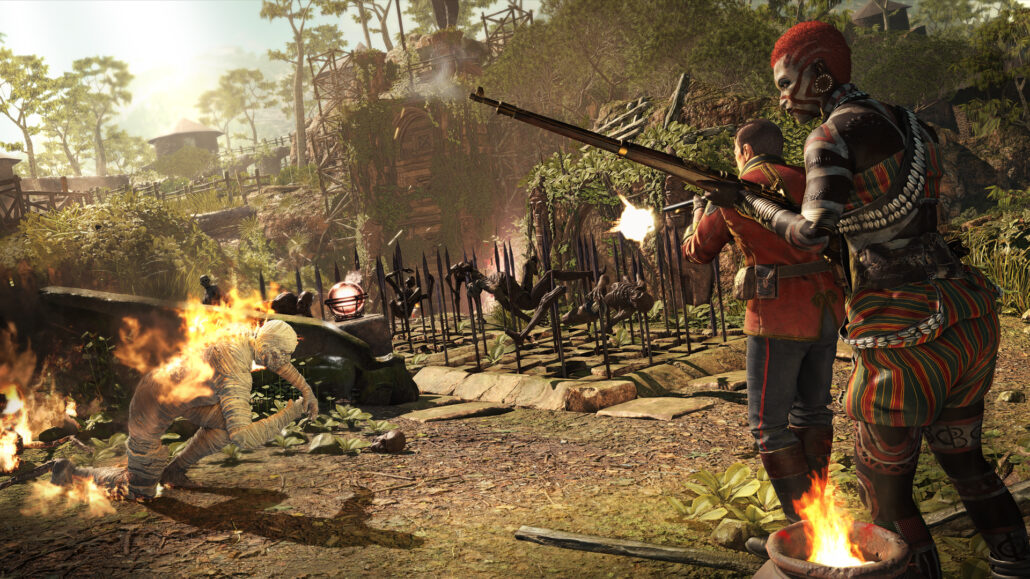 The gameplay is split into two chunks, survival and exploration. As you explore and discover more parts of levels, you’ll be set upon by waves of enemies looking to halt your progress. Usually, there’ll be plenty of smaller fodder to shoot down, while bigger beasties will eventually pop up acting as progress gates you must shoot your way through.

The other chunk is of course exploration; finding hieroglyphics on walls, or shooting open switches to unlock doorways in order to discover the way forward. Admittedly, this part of the game didn’t seem too fleshed out yet from what I played, but I look forward to delving into African tombs and finding new ways through them. 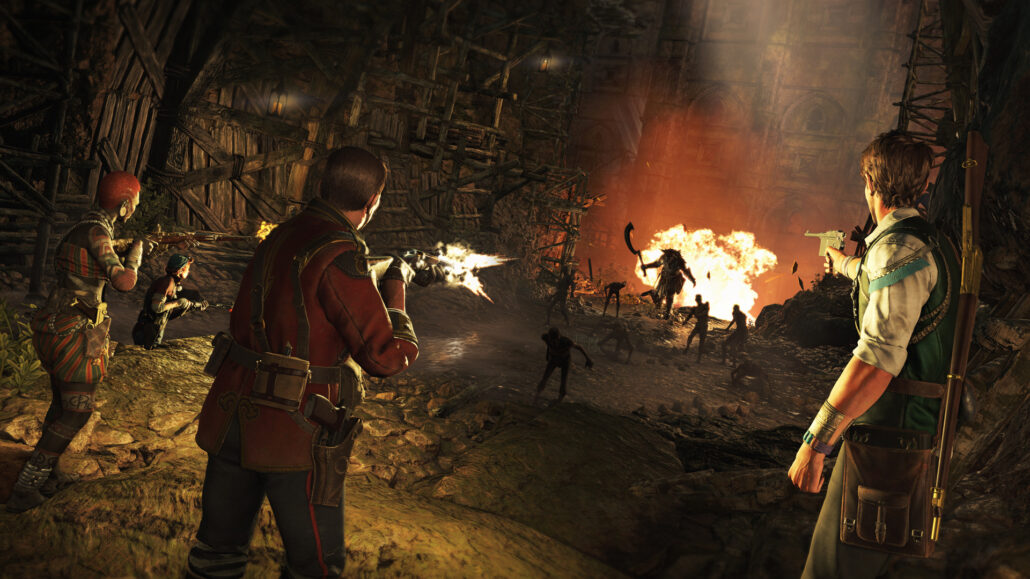 Strange Brigade is taking me to new places and showing me cultures and religions in new - and frankly terrifying - ways. I can’t wait to jump into the full game, shoot down a legion of the undead and then uncover the secrets of Anubis himself…

Strange Brigade doesn't have a hard release date for the time being, but we'll let you know once it does. For now, though, you can read our exclusive interview with the developers to learn even more about the game.