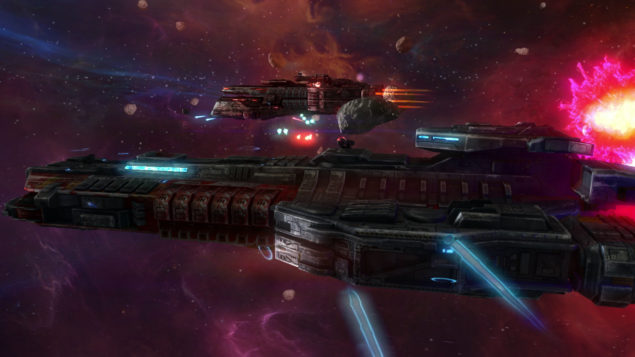 Rebel Galaxy by Double Damage Games debuted in October on PC to great reviews (including our own), and it's almost ready to launch on PlayStation 4 and Xbox One too. The developers announced this yesterday via Twitter, while an earlier tweet published a few days ago suggested that the PS4 version of Rebel Galaxy would be running at 1080P/30FPS.

As part of our exclusive interview with Double Damage Games, we can now confirm that the Xbox One version will also run at 1080P/30. We also inquired about future plans for the PC version, such as DLC and DirectX 12 support.