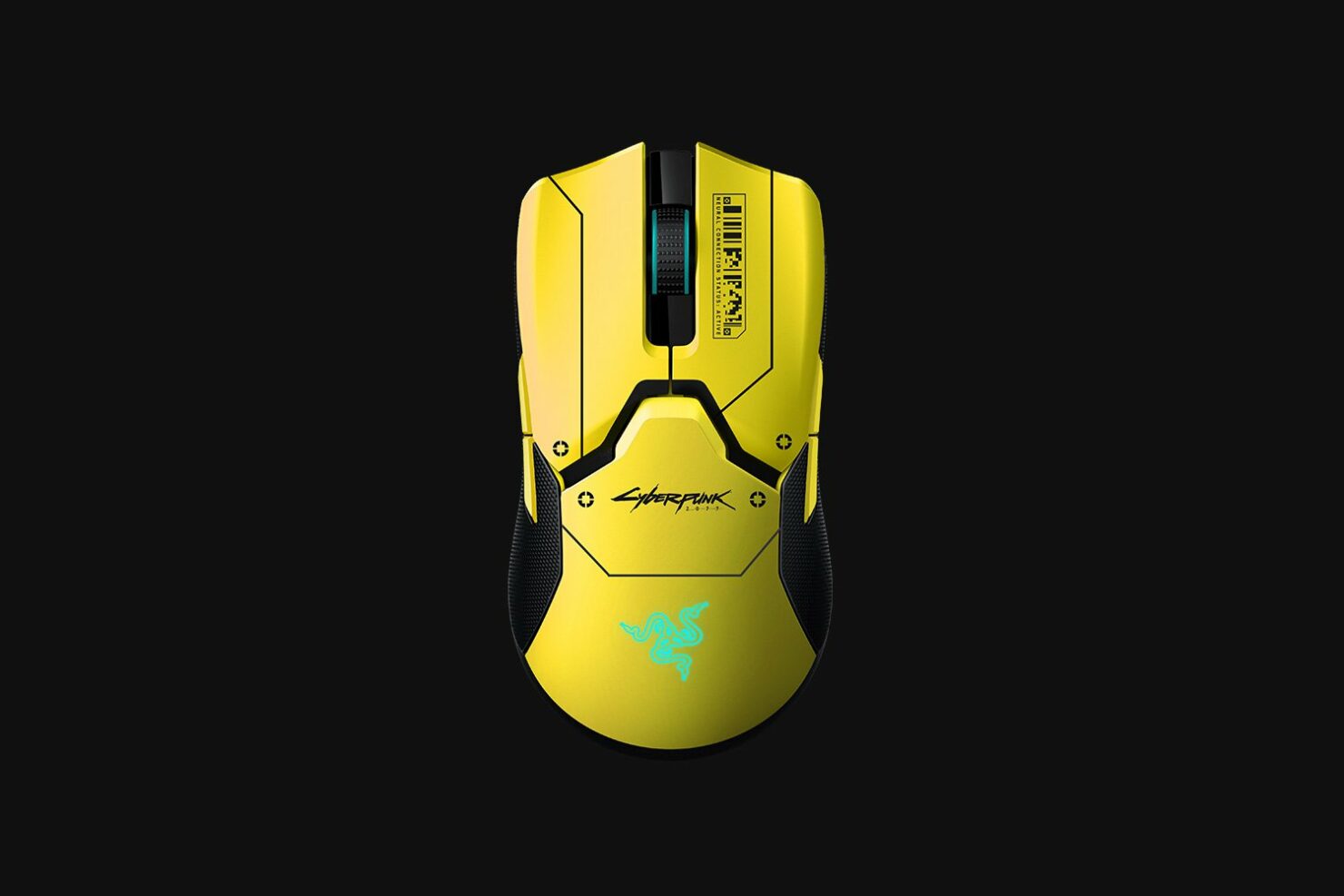 RazerCon began earlier this afternoon and Team Razer has been showcasing a great number of devices meant to upgrade and enhance a gamer's battlestation. From ITX computer cases to bluetooth-enabled kitty ear headsets and even their first gaming chair, Razer has been rolling out tech to bring their Chroma RGB to just about everything possible. After the initial showcase, Razer followed up with the announcement of their next licensed crossover: the Razer Viper Ultimate Cyberpunk 2077 Edition.

The Razer Viper Ultimate Cyberpunk 2077 Edition will be launching as a Razer Store exclusive. Currently, the mouse is slated for a general November 2020 release date (no specific date was announced, however Cyberpunk 2077 will be launching on November 19th) at an MSRP of $159.99. As this limited edition model includes the Razer Mouse Dock Chroma, that helps explain the $30 premium over the black Razer Viper Ultimate.