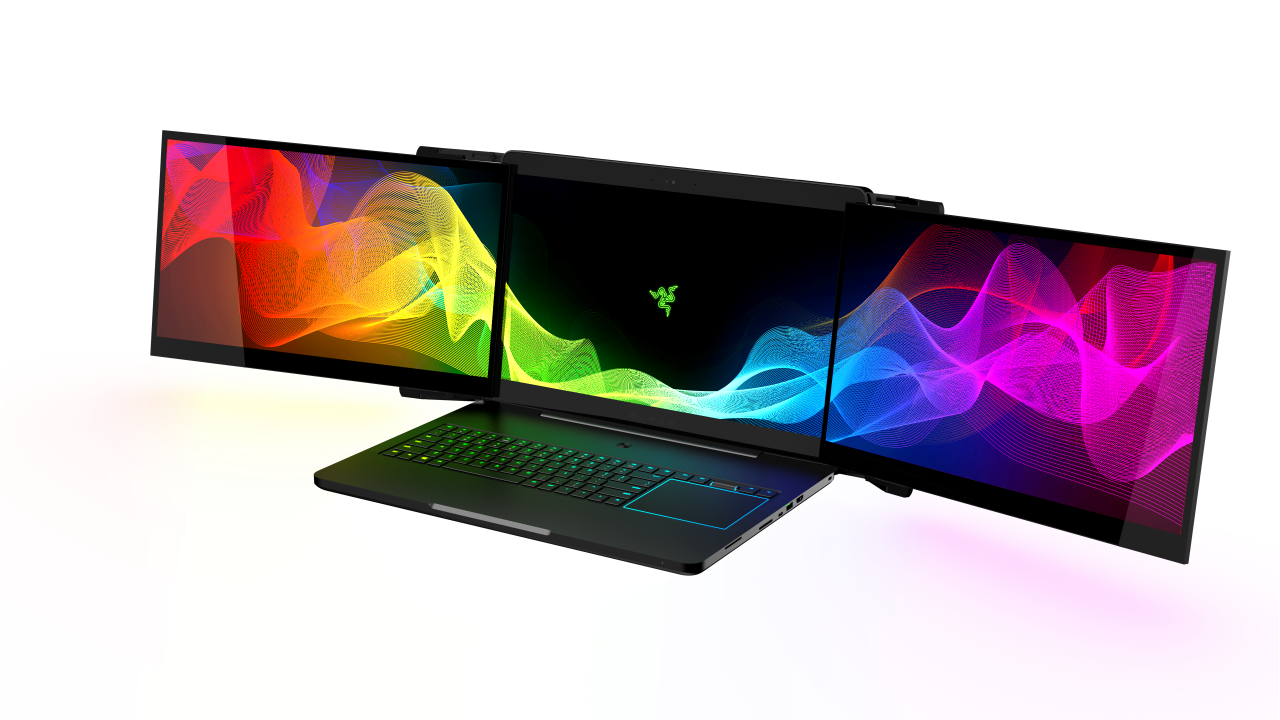 The leak scene is probably one of the most interconnected bunch of tech enthusiasts around the world and we have something very interesting for our readers today. These are the stolen Razer Valerie laptops the company was looking for and they are no longer in the US. From the looks of it, they are currently somewhere in mainland China and can be yours for just $22000 (well $21733 to be precise).

The Project Valerie laptops feature an incredibly innovative design with three screens (Acme Portable anyone?) that flips out and provides an immersive surround experience on the go. While it currently features a moderately specced GPU, if the company goes on to adopt the design they can bring in the big guns as well. For now, however, the prototypes being shown on the CES floor are the only ones in the entire world. The temptation however, was apparently too much for someone because two prototypes were stolen earlier this week from the show floor.

Turns out that the guy or girl who stole them were able to take them overseas to mainland China where they are now on sale on Taobao for 150000 Yuan or roughly 21700 USD. That's quite a price tag but considering the novelty value as well as the rarity of the product, its pretty decent all things considered. Razer, here are your laptops, now where is my bag of $$$?

The stolen Razer Valerie prototypes are on sale on Taobao for $21700.

Jokes aside, the company should be able to track the laptops down from here or at the very least buy them back. The company's CEO posted the following message earlier this week on his facebook page detailing the theft of the Razer Project Valerie laptops. Someone let him know already 😉

I've just been informed that two of our prototypes were stolen from our booth at CES today.We have filed the necessary reports and are currently working with the show management as well as law enforcement to address this issue.

At Razer, we play hard and we play fair. Our teams worked months on end to conceptualize and develop these units and we pride ourselves in pushing the envelope to deliver the latest and greatest. We treat theft/larceny, and if relevant to this case, industrial espionage, very seriously – it is cheating, and cheating doesn’t sit well with us. Penalties for such crimes are grievous and anyone who would do this clearly isn’t very smart.

If you were at the show and/or if you can provide us any information, please do reach out to us at legal@razerzone.com – all information provided will be kept in the strictest of confidence

*This update is to confirm that two Razer Project Valerie laptop prototypes were stolen from the Razer booth at CES. The product was taken from the Razer press room at approximately 4 p.m. on Sunday, January 8, 2017. A $25,000 reward is being offered for original information leading to the identification, arrest and conviction of a criminal suspect. Razer, in its sole discretion, will decide who is entitled to a reward and in what amount. Razer may pay only a portion of the maximum reward offered. The decision will be based primarily upon law enforcement's evaluation of the value of the information provided. When there are multiple claimants, the reward will be shared in amounts determined by Razer. Razer associates are not eligible for the reward. This reward offer is good for one year from the date it is first offered, unless extended by Razer. Information about the theft can be sent to legal@razerzone.com. Razer will not publicly disclose material that it receives or details about respondents, except to those persons with whom Razer is directly working to resolve this matter or as may be required by law.