9 months into Razer’s (HKG:1337) first year as a publicly traded company and the firm is launching its Razer Pay product in Malaysia. Effectively a rebranding exercise of the MOL Global One2pay e-wallet system launched in Malaysia earlier this year but with a 10RM sign up bonus for new users along with a partnership extending the reach of the e-wallet system with Berjaya Corporation Berhad (originally a steel company but now one of the largest Malaysian conglomerates).

Asia-Pacific is an important region for Razer, the company has a huge following there and has focussed some of its expansion efforts in the region, particularly obvious with its acquisition of MOL Global which we reported on (here). What we’re starting to see are the beginnings of an Asia-Pacific centric strategy from Razer which makes sense given its investor base, half of its headquarters and the greenfield nature of some of the markets it is trying to attack compared with the West which has entrenched players in the e-wallet space such as Paypal and others.

It’s a legitimate strategy given the crazy growth rates and entrenched markets other major players in the region have developed with major western players struggling to embed themselves and replicate their success in the West against competitors in China, India and others in the rapidly growing region. Given Razer’s backing in the form of influential investors, and massive gamer following, it likely has access to significant resources with which to nurture its expansion plans within the region before it mounts an all-out assault on the rest of the world, presumably from a position of strength (assuming its plans come to pass).

The Fly in the Ointment – Razer Stock Slump

Since the IPO late last year, Razer’s stock has been on a slow and steady decline after the initial trading frenzy. The initial offering was priced at HK$3.88 and was oversubscribed leading to an increased allocation being made available, however the stock has slowly declined over time to now stand at HK$1.73 at time of writing. With a market cap of over 15 billion, it’s still not to be sniffed at and 9 months for a company with a significant war chest of over US$600 million is not a lot of time to really enact a strategy for major growth so it’s likely that the institutional backers who bought in to the original story at the IPO are holding stock and the decline is due to a combination of retail investor apathy combined with threats of a trade war from the US against Chinese made electronics. 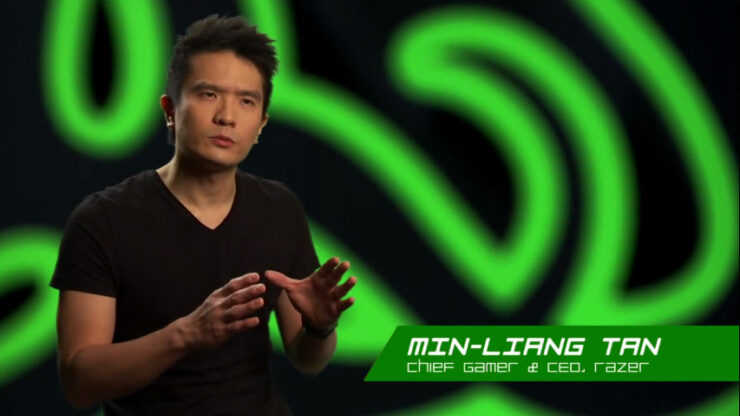 Min-Liang Tan has tapped into much of the gamer psyche. Many in the investment industry still associate gaming with the awkward teenage boy holed up in his darkened bedroom and nothing else, but these days gaming is a global industry that dwarfs Hollywood movies and as Neil Campling (Mirabaud Securities Analyst) put it on CNBC:

Gaming is now the biggest vertical within media. It’s a $130 billion industry alone, growing double digits every single year for a 10-year basis.

When I first wrote about the Razer IPO, I mentioned Amazon (NASDAQ:AMZN) as another company that had never truly realised the monetisation potential of its platform as it is constantly reinvesting for future growth. This sentiment was echoed this week by Robert Cavin (an analyst at Frost & Sullivan) in an email to CNBC this week for a piece they did on Razer and Min-Liang Tan where he states:

Amazon changed the expectation for corporate profits as long as you have a good story and path to profitability. That profitability time frame is more flexible than it used to be … Razer is growing and has a good story.

If you thought the story in the IPO was good, nothing has materially changed in the last 9 months. A trade war between the US and China would likely provide some disruption to Razer operations but is unlikely to significantly hit the company. It’s still growing, has a huge following and is growing in a market which itself is also growing aggressively. Some areas its moving into could be classified as greenfield which is a good thing as it’s obviously easier to win customers over with no significant regional alternative, a brand which is front of mind for the young gamer demographic which is only going to increase its purchasing power as time goes by and connections to open the right doors.

It seems unlikely that institutions would turn on a company they just funded that quickly and the CEO likely has a lot of new products and plans up his sleeve which aren’t going to happen overnight. Chances are that Tan will be given at least a few years to show growth and the path to black ink instead of red on the books.